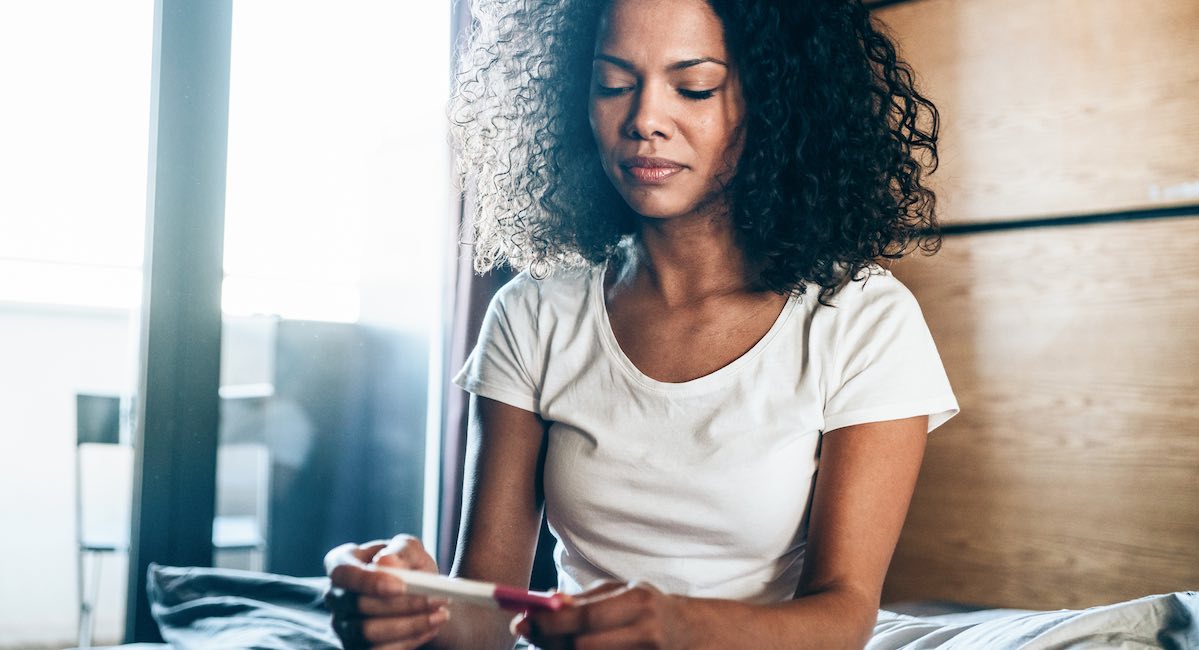 The University of California-Berkeley’s Center for Right Wing Studies recently hosted a panel discussion entitled, “Abortion Rights in 2020 and Beyond: Threats and Resistance.” During the discussion, UC Berkeley law school professor Khiara Bridges addressed why she believes Black women need abortion and why they make up a disproportionately high percentage of the women seeking abortions.

“The undeniable reality is that Black people, Black people with the capacity for pregnancy, disproportionately turn to abortion services,” said Bridges. “That is, Black people are overrepresented among those who terminate pregnancies.” She offered Louisiana as an example. In 2018, Black women in Louisiana accounted for about 33% of the population but 61% of abortions in the state.

While Black men and women make up about 13% of the population of the U.S., Black women have 38% of all abortions annually. Bridges addressed these statistics head-on but through a pro-choice lens.

Bridges spoke about pro-life laws that ban abortions based on the race of the preborn child, noting, “Legislators who have supported these bans have said that they are concerned that Black people’s disproportionate reliance on abortion care evidence is a eugenic plot to decimate the Black race.” She referenced Supreme Court Justice Clarence Thomas’ opinion in Box v. Planned Parenthood of Indiana and Kentucky, Inc. regarding Indiana’s law banning race-selective abortions, in which he stated, “The use of abortion to achieve eugenic goals is not merely hypothetical. The foundations for legalizing abortion in America were laid during the early 20th-century birth control movement. That movement developed alongside the American eugenics movement. And significantly, Planned Parenthood founder Margaret Sanger recognized the eugenic potential of her cause.”

Though Thomas and other prominent Black pro-lifers view race-selective abortion as modern-day eugenics, Bridges does not agree. “Eugenics was about coercion,” she said. “Abortion in Louisiana and elsewhere in the 21st century is a product of a choice.” She said abortion is a choice that Black women make because:

They are poor, they are uninsured, they have little to no access to contraception. They have attended schools that have failed to provide them with factual information about pregnancy and how to prevent it. They face violence in a multiplicity of forms.

In her view, “Black women are choosing a form of health care that helps them negotiate the profound constraints that limit the fullness of their lives.” However, feeling pressured to abort because of socio-economic factors is not the same as choosing abortion of one’s free will. Women need support and access to resources, which the pro-life community is ready and willing to provide. Meanwhile, racism is still alive inside the abortion industry, as Planned Parenthood affiliates have recently admitted.

Interestingly, Bridges does not agree with pro-abortion individuals who assert that Black women’s reliance on abortion is merely a result of them exercising their rights to bodily “autonomy” and “agency” to make decisions for themselves. Bridges insists that “the danger is that the language of autonomy and agency may suggest that we ought to celebrate the fact that tens of thousands of Black women are undergoing abortions across the nation at rates that far outstrip their non-Black counterparts.” She appears to agree with pro-lifers when she states, “The number of Black women getting abortions across the nation is not a cause for celebration. Those numbers are not a triumph. Instead, those numbers reflect profound marginalization.”

Bridges elaborated. “The short of it is that abortion for subordinated Black women is a product of oppressive conditions,” she said. “Marginalized Black women understand the social, economic, political and interpersonal constraints under which they operate… and they conclude that it is best not to carry the pregnancy to term.” Bridges believes that the disturbingly high abortion rate among Black women ultimately comes down to racism because “structural racism has led Black people to face higher rates of unintended and unwanted pregnancies. Structural racism has led people of color to bear a disproportionate share of poverty, leading them to have to rely on government programs and public benefits for their economic and physical survival.”

Bridges is correct about structural racism, but abortion does not solve any of the problems she listed, and the “profound marginalization” of Black women continues. Abortion advocacy, in fact, disincentivizes finding real solutions to poverty, violence, and more. Though Bridges does not acknowledge it, the death of a woman’s preborn child cannot provide solutions for the problems she faces. Continuing to fund abortion giant Planned Parenthood, whose systemic racism is not nearly so distant as we have been led to believe, does not bring about a more equitable society and actually consumes taxpayer funds that could be redirected to anti-poverty programs.

Bridges is right to want more for Black women than having to make rock-and-a-hard-place decisions about their pregnancies. Abortion harms women, as has been proven by the stories and statistics of abortion trauma which leaves women at increased risks of depression, drug and alcohol use, and suicide. All people of goodwill have a moral obligation to seek a more equitable society, both through supporting non-profit, private sector means such as pregnancy care centers and other social service agencies, and through advocating for just public policies and laws that support women, especially underprivileged women, and their families.

Three weeks after this panel discussion, UC Berkeley made headlines for its use of a 40-year-old fund previously devoted to eugenics research. The university said it plans to “rename and repurpose” the fund “with the goal of educating the Berkeley campus community, and the broader public, about eugenics’ brutal legacy.”