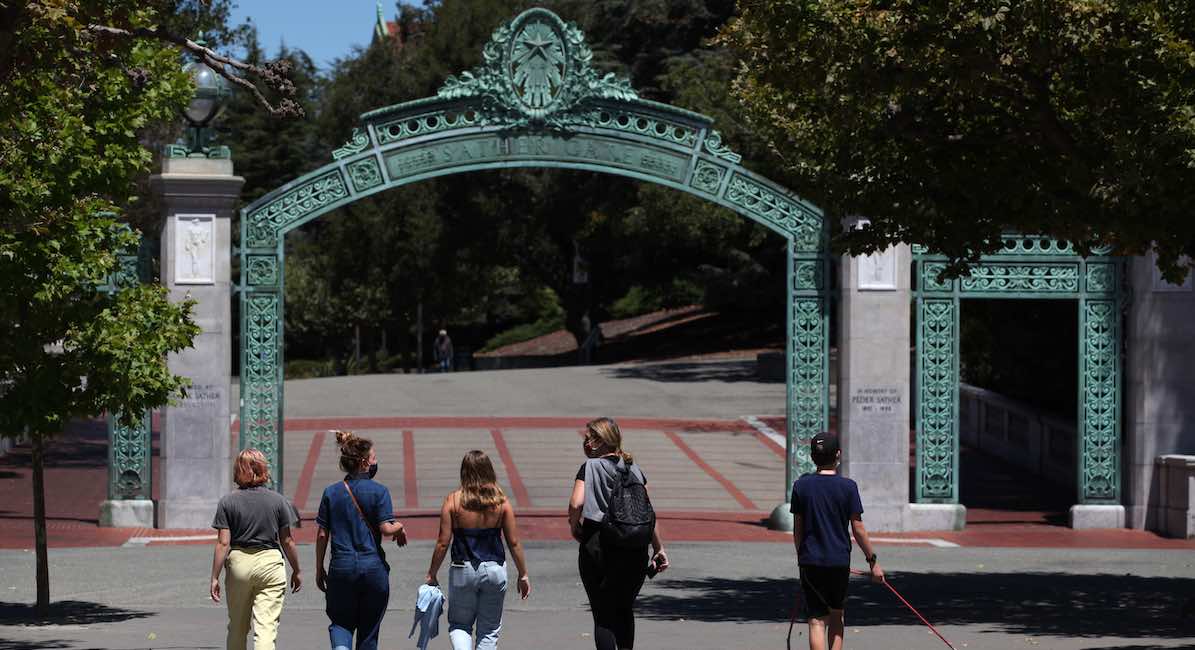 When UC Berkeley bioethics professor Osagie K. Obasogie received a staff email in 2018 notifying him about the availability of research funds from the “Genealogical Eugenic Institute Fund,” he was reportedly shocked. The Fund was offering the University hundreds of thousands of dollars a year for “research and support” relating to “family planning, infertility, assisted reproduction technologies, prenatal screening, abortion, gene editing and gene modification” and came from a family trust to the University of California Board of Regents in 1975. Eventually, it was allocated to the Berkeley campus’ School of Public Health. According to Professor Obasogie, the $2.4 million fund’s stated purpose was “the improvement of the human race through research and education in that field generally known as eugenics.”

As news of the eugenics fund surfaced, Berkeley Public Health Dean Michael Lu told the Berkeley News, “By accepting and using these funds over the past four decades, we must acknowledge that Berkeley Public Health has been a part of this horrific legacy of eugenics that has caused great harm in medicine and public health, from forced sterilizations to genocides.” Lu added that the University is “committed to acknowledging our complicity, apologizing for our past sins and taking action to make things right,” noting, “It was wrong then. It is wrong now.”

According to the Berkeley News, “Berkeley Public Health is now moving forward with plans to rename and repurpose the former eugenics fund, with the goal of educating the Berkeley campus community, and the broader public, about eugenics’ brutal legacy. The fund will be renamed and repurposed for projects that foster conversations about eugenics and that benefit communities most harmed by this practice.”

The Los Angeles Times reported that “about $1 million has been drawn from the account” since 2000, and it was recently accessed by an unnamed faculty member who allegedly did not use the funds for “eugenics research.” The Times notes the fund was “established by a family trust called the Rogers Family Foundation, which was created in 1960 by trustees and Alta Corp.” The paper claimed, “the first documented expenditures were in 1987 to train genetic counselors — who typically help people with family planning or address inherited conditions — until the program was shut down in the 1990s.”

One idea for repurposing the fund, writes the Times, is to “create a “1907 Project,” named for the year the world’s first eugenic law was passed in Indiana, that would explore the centrality of eugenics in contemporary life sciences and public health through essays and UC-wide forums.” California’s eugenic law was enacted in 1909, just a few years after Indiana’s, and remained on the books until 1979.

The most well-known California eugenics program was the Human Betterment Foundation (HBF), founded by Eugene S. Gosney. In July 1931, Planned Parenthood’s eugenicist founder Margaret Sanger published Gosney’s views on sterilization in her Birth Control Review. Then, in 1932, Gosney’s group published a paper warning America of “race degeneration” unless it adopted the “eugenic sterilization of the large numbers of the mentally defective.”

The state’s role in eugenics influenced the Nazis, according to UC Davis cultural historian and author Christina Cogdell, who told CNN, “Germany… modeled their [sterilization] law on California’s law.”

According to author Stefan Kuhl, “In the 1930’s, the Human Betterment Foundation and the California branch of the American Eugenics Society remained important sources of information for Nazi Germany.”

“When Sacramento banker and Human Betterment Foundation board member Charles M. Goethe visited Germany in the mid-1930s, leaders in the Nazi sterilization movement praised the writings of Gosney and [Paul] Popenoe,” the LA Times added.

“You will be interested to know that your work has played a powerful part in shaping the opinion of the group of intellectuals who are behind Hitler in this epoch-making program,” Goethe wrote Gosney. “I want you, my dear friend, to carry this thought with you for the rest of your life, that you have really jolted into action a great government of 60,000,000 people.”

READ: Whoopi Goldberg’s clueless claim: ‘Eugenics doesn’t have anything to do with minorities or anybody else’

Ironically, the media and other elites in academia also played a large role in promoting this harmful and often racist ideology. A Human Betterment Foundation pamphlet on file at the Library of Congress reveals how this eugenics organization had several notable members, including Harry Chandler (a publisher and president of the Los Angeles Times), Samuel J Holmes (Professor of Zoology, UC Berkeley), Lewis M. Terman (Professor of Psychology, Stanford University, developer of the IQ test), David Starr Jordan (Chancellor Emeritus, Stanford University), Robert A. Millikan (Nobel Prize-winning physicist and Caltech head), and many others.

Gosney was elated with the LA Times’ support of eugenics. “We have secured the ardent support of the Los Angeles Times,” Gosney wrote in a 1937 dispatch to the Eugenical News, the LA Times reported in 2003. “They are running an article each week in their Sunday magazine edition which, while not as good as the editor-owner of the paper would like, keeps the subject before the people and does much to encourage us in carrying on.”

Alexandra Minna Stern, a historian of eugenics, pointed out to the LA Times that from 1935 to 1941, “The Times published a weekly column titled ‘Social Eugenics’ by one Fred Hogue, a eugenics enthusiast. In one 1936 column Hogue praised ‘the movement in Germany and other Nordic countries of Europe for the elimination of reproduction of the unfit.'”

In addition, a headline in a 1935 issue of The Times’ magazine read: “Why Hitler Says: ‘Sterilize the Unfit!’ ” 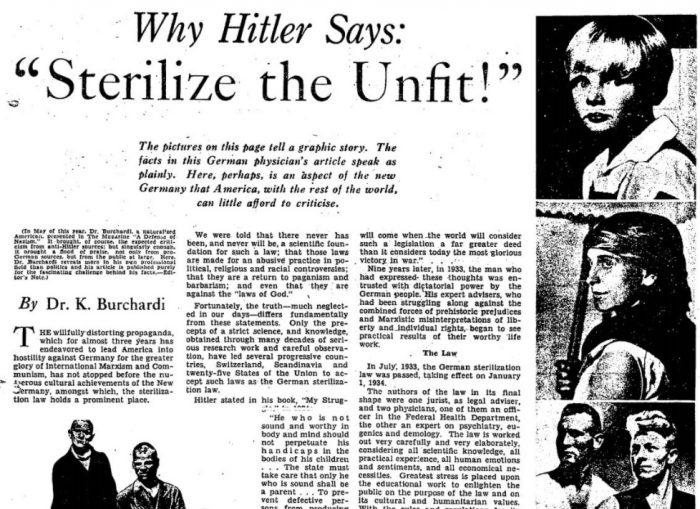 Tragically, due to the complicity of the elites and the media, approximately 20,000 people were sterilized in California institutions under the state eugenic law. Little has changed; today, the media still protects and parrots the scripts of eugenics-founded abortion organizations like Planned Parenthood.