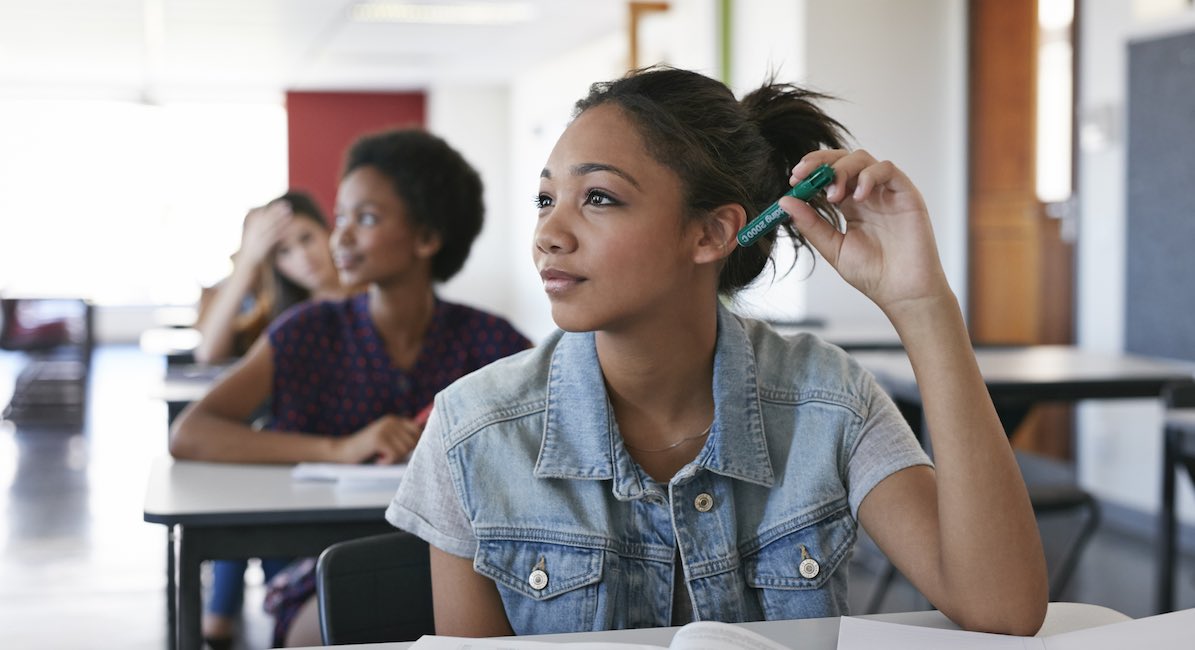 A recent article at Verily addressing “sex ed that girls actually want to learn” explored the ways that incorporating fertility awareness can revolutionize the traditional sex ed conversation for the better.

The article spotlighted three different women who are pivoting away from the conventional sex ed approach — the “here’s how to avoid pregnancy” message — towards authentically body-positive, empowering messaging, especially for teen girls. Specifically, these women believe that “women are people with bodies that deserve to be studied, understood, and appreciated” and they operate from that understanding within their various professional spheres.

Cassie Moriarty, a certified breastfeeding counselor, trained DONA postpartum doula, and instructor in the FEMM method of fertility awareness, told Verily, “I view sex ed as something that happens periodically throughout one’s life rather than a conversation that happens once…. The idea of teaching teens about fertility awareness sets a great foundation for young girls with their bodies.” Describing the difference between conventional sex education and her own approach, she commented, “Sex ed is usually built upon the message of ‘here’s how pregnancy happens, here’s how to avoid it’ rather than ‘here are these amazing (and sometimes annoying, strange, and intrusive) things your body is doing.’ I hardly even talk about pregnancy in the first few classes. I talk more about mental health, hormonal health, and cycle health.”

Leah Jacobson, founder of the Guiding Star Project (GSP), is another pioneer in teaching teen girls fertility awareness. As previously highlighted by Live Action News, a growing number of Guiding Star Project affiliates offer one-day workshops called The Guiding Star Cycle Show to introduce girls ages 9-13 to their menstrual cycles in “an age-appropriate, biologically accurate, and body-affirming way.” Jacobson told Verily, “It’s our belief that by giving [young people] the tools and the education to understand their bodies, they’re going to make better decisions that are in line with avoiding risky behaviors. They’re going to care for their dignity and the dignity of their partner.”

Another benefit of teaching teen girls fertility awareness is that it encourages finding root causes for common reproductive issues like heavy bleeding or irregular periods. Jacobson lamented the commonplace over-reliance on hormonal birth control as a blanket band-aid “fix” in teens. She cited a recent Guttmacher Institute study that found that over 80% of teen girls were prescribed contraceptives for a purpose other than pregnancy prevention. Frequently, teens are not informed about the risks of the pill among young users, such as new-onset depression, increased breast cancer incidence, and decreased bone density. The GSP approach instead seeks real solutions to reproductive issues that restore healthy functioning. “Our presentations don’t have a religious aspect,” added Jacobson. “We want every girl regardless of any religious affiliation to understand this applies to her.”

Dr. Hanna Klaus, a fellow at the American College of Obstetricians and Gynecologists (ACOG) and founder of the international fertility awareness program TeenSTAR, told Verily that current, commonly-used sex ed programs “want to make sure that girls are protected against pregnancy and that they know about avoiding sexually transmitted infections. That particular bit hasn’t been helped very much—adolescents make up about a third of the population and have half the STIs. Something isn’t working out.”

Klaus added that since starting TeenSTAR in 1980, she has seen that “… [learning fertility awareness] helped prevent girls from being sexually involved, and also half of those who had already started stopped. And that’s been characteristic of our program overall.” TeenSTAR offers programs to boys and girls separately, and different age groups receive different information.

Dr. Klaus said, “… Generally it takes the girls three cycles before they get a handle on [learning fertility awareness] and recognize, ‘this is ME.’ This is when they move away from peer pressure.” Ultimately, this newfound knowledge pays off in big ways when “these girls own their womanhood and make better decisions about adult relationships.” Another core piece of TeenSTAR’s success with young girls is its assertiveness training. “It’s important whenever you’re being asked to do anything you don’t want to do. You have a right not to be bullied into anything,” said Klaus.

Far from being a tangential sideshow to the pro-life movement as a whole, fertility awareness methods should matter to every pro-lifer for two reasons: 1) fertility awareness methods appreciate women’s inherent dignity, valuing women as whole persons and viewing their fertility as a gift and a strength rather than a curse and a disease, and 2) women (and their partners) who properly value their own bodies, understand the natural linkage between sex and childbearing, and utilize that knowledge in their own sexual decision making are significantly less likely to view children as “uninvited guests” or “accidents.”

Decreased rates of abortion would be the logical consequence to a growing number of women and couples adopting this mindset.