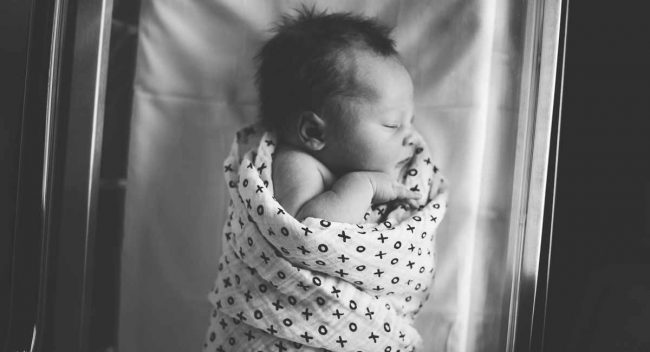 (The Stream) Those of us long invested in saving vulnerable lives have rejoiced as states and legislators have taken steps to protect the rights of babies in the womb.

Yet there is no shortage of illegitimate, disingenuous statements from abortion supporters who oppose these efforts. After delivering approximately 7,000 babies in my career, perhaps seeing through deceiving rhetoric on these issues comes naturally.

The latest round of laws passed by states has triggered apoplectic fits from pro-abortion lawmakers, organizations, celebrities and individuals. We’ve seen galling demonstrations of contempt for lives deemed to be “unwanted” and “unplanned” babies.

Their statements are deeply hurtful to those who were conceived in rape or incest — now adults — whose mothers chose life. They also offend those who are or were in the foster system as children, and those who grew up in poverty.

The Heartbeat of the Issue

Celebrities and other public figures pronounce their disdain for pro-life legislation, especially ‘Heartbeat Bills.’ They declare such laws discriminate against poor women and minority women. The abortion side of this debate argues they never should have been born.

A weakness of pro-life individuals historically has been an inability to strongly defend the pro-life position against such points of view. We haven’t been the apologists we should be. And this has contributed to the advancement of abortion rights.

Nazi propagandists followed the philosophy that if you tell the lie often enough and loud enough it will become truth.

We must be able to clearly articulate truth, and demonstrate the inherent falsehoods and inconsistencies within pro-abortion arguments.

Going to the Source

A recent Facebook post of mine generated quite a bit of response. I stated that, “The only person who was ever moved away from poverty by abortion is the abortionist. Killer for cash.” I am firmly convinced that this is true.

But many would argue the point until they have no more breath. Let’s look at some evidence. If abortion is really necessary to reduce poverty, then we should see a reduction in poverty rates since the advent of abortion in all fifty states after Roe v. Wade.

Using Census data, we can look at poverty rates in 1973, when Roe was decided and compare them to poverty rates now. Supposedly, abortion helps impoverished women and reduces the number of children who grow up in poverty. Thus, we should see definite drops in the poverty rates in those groups.

A Popular Academic Study on Abortion…

Abortion supporters point to a study published in March 2018. The American Journal of Public Health released an article titled “Socioeconomic Outcomes of Women Who Receive and Women Who Are Denied Wanted Abortions in the United States.”

Some of the authors are faculty members of the University of California, San Francisco and one is a part of Ibis Reproductive Health, an abortion advocacy group in Oakland, California. Their study design allowed them to conclude that women who were denied a desired abortion are indeed more likely to experience poverty. It ostensibly focused on a woman who wants an abortion but is unable to obtain one. They say she is more likely to experience long-lasting poverty.

Their study design looked at the socioeconomic status of women seeking abortions at any of thirty different abortion centers between 2008 and 2010. They looked at women who presented for an abortion just before the cutoff age at their particular abortion center and were able to obtain the abortion. They compared their socioeconomic status later to the status of women who presented just after the gestational age cutoff at the particular center and were unable to obtain the abortion.

… And Its Confounding Problems

The study fails to acknowledge several confounding factors clear in the data.

First, it mentions significant differences in demographics of the groups at baseline. But it fails to acknowledge that these differences could be responsible for the increased poverty seen over the subsequent five years. Women who were unable to obtain the abortion were far more likely to be under the age of 20 and unemployed at the time they sought the abortion.

They were also more likely during the five years of follow-up to have been raising children alone, with no partner or meaningful assistance from the fathers of the babies.

The current mainstream insistence that laws which limit abortion access will increase poverty is nothing more than disingenuous hysteria. The only explanation is that the authors desire to focus on denial of abortion services as the root cause of poverty. They refuse to consider how the failure of the family unit has contributed to the impoverishment of young women with children.

Of course, it draws fiery criticism to say that men should be involved in the lives of the women with whom they father children. It draws criticism to say children with absentee fathers are more likely to be impoverished. It will be said that drawing such conclusions is sexist — but it is reality.

The census data is clear. Poverty rates for women went up after Roe v. Wade. Specifically, poverty rates for children living in single parent homes led by a woman rose significantly after that infamous decision.

What caused these changes is likely multi-factorial. It may have more to do with the failure of the family unit than with whether abortion is easily available. One conclusion we can certainly draw from this data is that the increased abortion access after Roe certainly did not reduce poverty rates for women or their children.

The current mainstream insistence that laws which limit abortion access will increase poverty is nothing more than disingenuous hysteria. It is intended to sway public opinion and distract from the facts. These laws are not intended to be punitive to women but instead are an outflow of the conviction that all life is worthy of protection.

We are told abortion supporters are really advocates for women, especially for women who struggle with poverty or women in minority groups. But I have seen firsthand how the abortion industry does not care about impoverished women.

Tomorrow, I will tell you about one woman I can never forget.

As an OB/GYN physician, Dr. Brent Boles has served women and families for decades… including those facing poverty. His research and experience challenges popular pro-abortion rhetoric.

Editor’s Note: This article was published at The Stream and is reprinted here with permission.