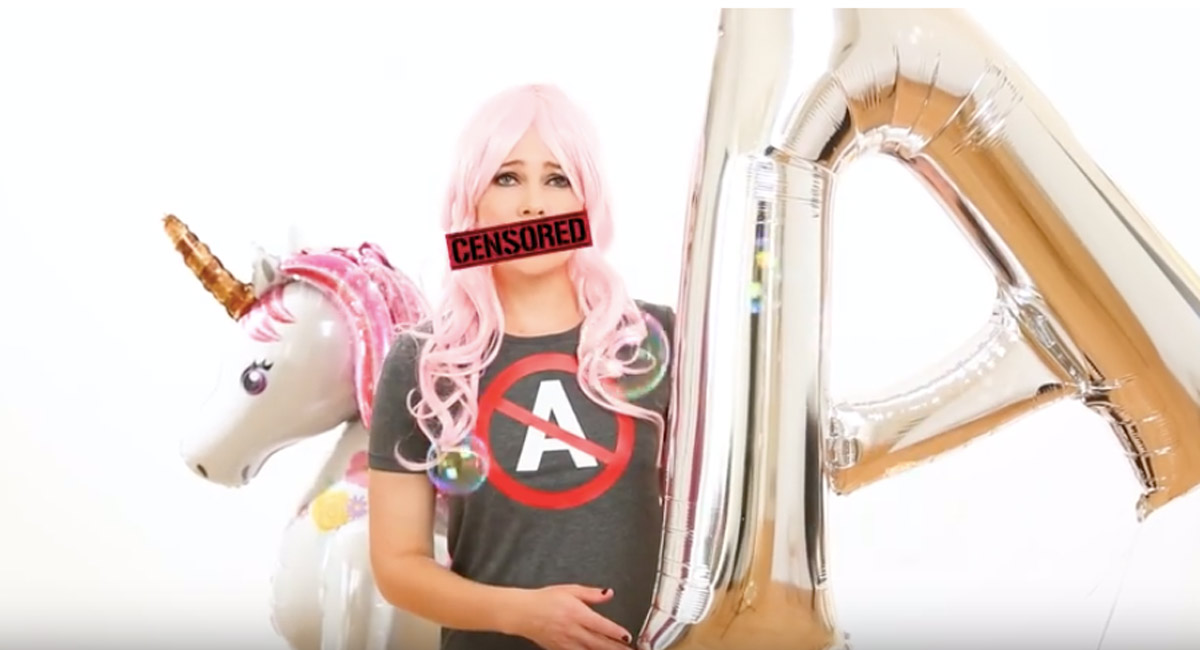 Canadian pro-life group Choice42 released another video in their popular “Just Saying” series to ring in the new year. The latest video takes aim at the abortion industry’s refusal to utter the word “abortion.” In her pink-wigged, satirical abortion activist persona, Choice42 executive director Laura Klassen says, “When you’re talking about [abortion], whatever you do, don’t straight up say what it is.”

She goes on to explain in her understated humor, “Seriously, there are so many words and phrases you can choose to avoid being… offensive. Why say [abortion] when you can say ’empowerment’! Words like ‘coercion,’ ‘killing,’ ‘regret’ are not helpful.”

In a series of costumes that could have been taken from a Planned Parenthood rally, Klassen advises, “Stick to more uplifting terms, such as ‘self-care,’ ‘healthcare,’ ‘repro rights,’ or my favorite, ‘choice.’ Brilliant, really, so simple and yet so void of anything truthful. Love it!”

Klassen concludes the video saying, “Don’t call it what it really is, because that’s just too much. Nobody wants to think about that. Come on!” Like Choice42’s other satirical videos, including the viral “Magical Birth Canal” video, this video takes aim at the abortion industry with a “funny because it’s true” dark form of comedy.

There are virtually no abortion clinics with the word “abortion” in their name. You’ll find countless “Centers for Choice,” “Women’s Centers,” and “Reproductive Care” facilities, but almost nowhere will you find the word “abortion” in an industry predicated on abortion. Most people don’t realize that Planned Parenthood offers increasingly limited legitimate health services while their market share of abortion continues to increase. This isn’t known, in part, because it’s not called “Abortion Corporation” but instead, innocuously called “Planned Parenthood.”

So what is abortion, really? Words can’t quite put it into perspective:

READ: What is abortion? Planned Parenthood’s euphemisms vs. reality

While the abortion industry generally doesn’t use the word “abortion,” there is a new breed of abortion activist intent on “normalizing abortion.” Groups like “Shout Your Abortion” loudly talk about abortion. And yet, even the abortion activists willing to use the word “abortion” more often than not rely on euphemisms to talk about the preborn baby. Talking about abortion as “terminating a pregnancy,” removing “products of conception,” or referring to the baby as a “sea cucumber” are all ways of avoiding the fact that abortion ends the life of a rapidly developing child in the womb. When abortion activists do talk about the preborn baby, it is in terms so dehumanizing and unjust it’s no wonder they stick to euphemisms most of the time.

There is a reason why “no one wants to think about” abortion: it is a violent and inhumane act that takes an innocent human life. Choice42’s video shines a light on the lies of the abortion industry that have gone unquestioned by much of the media.