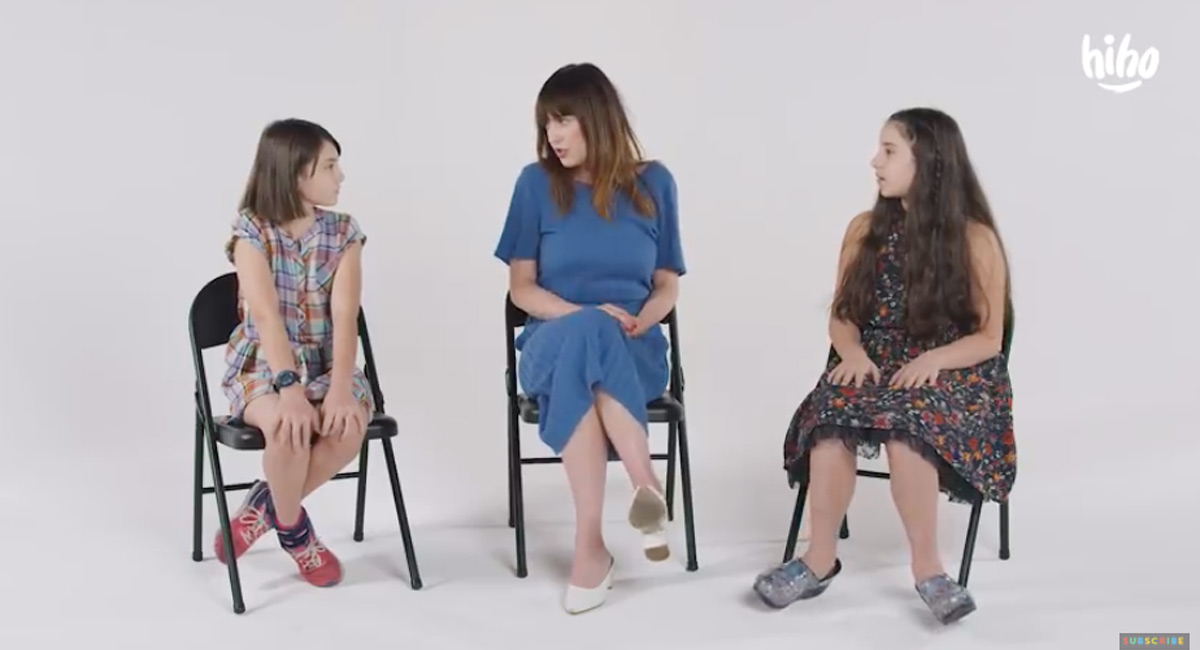 Amelia Bonow, best known as the founder of the “Shout Your Abortion” movement, which has spawned magazine interviews and even a book devoted to erasing the supposed stigma surrounding abortion, is now promoting abortion in a Facebook video — to children.

“Kids Meet” is an online video series where children meet and interview different people, and Bonow was the latest guest. But the children seem to have been highly coached to be accepting of abortion, while Bonow was given a free platform to indoctrinate children into her pro-abortion extremism.

And according to this tweet from Bonow, she’ll soon have a “kids book about abortion”:

SYA’s Amelia Bonow talks to kids about having an abortion. Watch here: https://t.co/J6TvKkQ9nA 💙 And please stay tuned for our kids book about abortion, to be published in 2020!!! 💜 #ShoutYourAbortion pic.twitter.com/uwtfeKk7LT

During the conversation in the video, a number of troubling talking points are made by both Bonow and the children, who appear to be pre-teens and teenagers. Bonow criticizes one boy who says abortion is only acceptable in certain circumstances, though this is a position the majority of Americans hold.

Bonow also admits she got pregnant due to unprotected sex with her boyfriend, but dismisses the idea that she was being irresponsible. She says her boyfriend supported the abortion.

The video also contains some offensive and dehumanizing language towards preborn babies. In describing the abortion procedure, Bonow says the abortionist “sucked the pregnancy out,” noticeably using the euphemism “pregnancy” to refer to the developing human.

READ: What is abortion? Planned Parenthood’s euphemisms vs. reality

One of the older children in the video dismisses the baby as a “sea cucumber,” and the scientific fact that life begins at conception is laughed at. “Yeah, I kind of like to compare it to, like, a sea cucumber,” a boy says while Bonow laughs. “It’s not thinking, it’s just living. It’s like your arm is not capable of complex thought. Neither is a baby inside your womb.”

But this “take” is devoid of any actual substance. Science has conclusively proven that preborn babies are alive, with heartbeats and measurable brain waves just weeks after conception. And while a preborn baby may not be capable of “complex thought,” the complexity or simplicity of our thoughts is not what makes us human. After all, born people, including people with intellectual disabilities, could be looked upon as undeserving of life because due to a lack of intellectual advancement. This is grossly anti-life and ableist.

When one child says he believes abortion can sometimes be wrong, Bonow responds, “I don’t know, I just don’t agree. Do we want people to just have all those babies?” The child offers adoption as another choice, but Bonow quickly denigrates adoption, implying that having a child somewhere out there in the world with another family would be worse than killing that child in abortion. What an insult to adoptees and their families everywhere.

One girl mentions that she is Catholic, which starts a discussion of the Catholic Church’s pro-life values. “I don’t think [the Catholic Church] likes it, because they see it as killing the baby,” the girl says hesitantly, while Bonow then asks she and another child what they think. They nervously and unsmilingly say they think it’s up to each person while Bonow grins and nods enthusiastically and says she feels supported — a clear encouragement to renounce the values of their faith and support abortion instead. Another child mentions that he’s religious, but that he thinks God approves of abortion, which Bonow agrees with. “I think it’s all part of God’s plan,” she says blithely.

And of course, the video is sure to attack pro-lifers. “I don’t call them pro-life, I call them anti-choice,” Bonow says. “Who would disagree with that statement? Like, being pro-life?” She continues by calling it “propaganda,” and then sets up a straw man she can knock down. “The people that say [they’re pro-life] don’t want to take care of people that have babies they can’t afford and then are totally poor,” she claims. “They want to deprive people of access to health care, and I’m just like, you guys aren’t pro-life. I’m pro-life.”

There’s also the prerequisite argument about “old white guys” controlling women’s bodies, ignoring the fact that it was “old white guys” — Bernard Nathanson and Larry Lader in particular — who married the feminist movement with the abortion movement and foisted it on women.

These vapid arguments are ridiculous enough when they’re made under typical circumstances, but it’s especially sickening to see this kind of indoctrination being forced on children, several of whom you could see were anxious to gain Bonow’s approval. Bonow may dismiss pro-life arguments as mere propaganda, but it’s hypocritical at the very least to say something like that while she participates in the propagation of children.