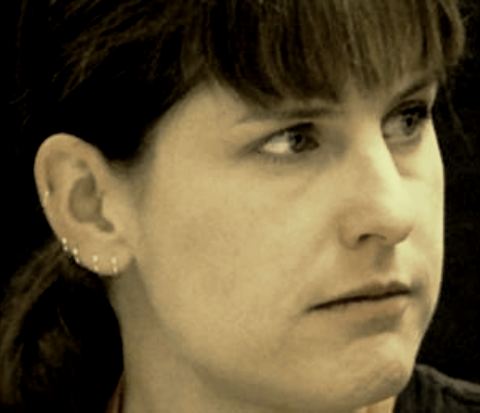 Because silencing dissent is the best way to show confidence in your cause.

We already knew that pro-abortion feminazis want to dictate who is and isn’t allowed in their little club. They’re ardently against any pro-lifers labeling themselves as feminists, a term that (once upon a time, anyway) described someone who believed in equality for women. Today’s modern so-called feminists have stolen the term and turned it into someone who wants abortion to not only be legal, but widespread and celebrated.

TIME magazine’s recent cover declaring that abortion activists are losing obviously did not sit well with the pro-aborts. Amanda Marcotte has one novel example of outrage over the cover: TIME shouldn’t even have allowed the Susan B. Anthony List to have space in the article. Because why should an article about abortion and the fight over it allow the pro-life side publicize their argument?

For their issue commemorating the 40th anniversary of Roe v. Wade, Time not only floated tired stereotypes accusing pro-choicers of losing the abortion wars through lack of ladylike modesty, but also gave space to Emily Buchanan, the executive director of the dishonorably named Susan B. Anthony List, to promote the blatant falsehood that there is such thing as a “pro-life” feminist. Not only does this make as little sense as labeling someone a pro-DOMA gay rights activist or a pro-segregation civil rights activist, it’s an assertion built on a pile of lies, starting with Buchanan’s scurrilous accusation that the suffragettes agreed with the anti-choice movement’s desire to throw doctors and women in jail for abortion.

Giving space to this organization to spread their falsehoods is a form of dancing on the real Susan B. Anthony’s grave, as well as the other now-dead feminists that Buchanan falsely claims as allies in her war to strip away women’s basic right to control their own fertility.

… The SBA List is the equivalent of an organization formed to fight racial equality that called themselves the Frederick Douglass List. It’s gross and disrespectful. Shame on Time for giving a group that so dishonors an American hero an airing.

So according to Amanda Marcotte, the voices of pro-lifers should be silenced, for no other reason than the fact that she disagrees with them. Not only should abortion be legal, but those who oppose it shouldn’t be given a platform to express their thoughts and opinions on the issue.

And yet pro-aborts complain when we accuse them of trying to hide information from women.

As for Marcotte’s argument that Anthony, and the original feminists, actually were pro-abortion (because Marcotte says so, even if their own words said otherwise), that’s a patent falsehood that the pro-aborts just can’t let go of.

Marcotte is right that Anthony was denouncing men for driving women to the desperation having to abort their children. But she leaves out that Anthony still also denounced the women for doing it. And she wanted to fight to keep women from having to have abortions. Anthony was trying to change society not so that women could avoid motherhood and kill their babies at will. She decried the fact that women were driven to abortion by their miserable circumstances, so on what planet does it make any sense that she would have then wanted women to be in better circumstances and still have abortions…this time, not because they felt they had no other choice, but simply because they felt that the baby was inconvenient?

A woman who wanted to make women’s lives better so they didn’t have to kill their babies would be pro-abortion in modern times. Yeah, that makes perfect sense. It’s not illogical or ridiculous at all. Good job with those mental gymnastics, Amanda!

In any case, let’s just play along and say that everything Marcotte claims about the Susan B. Anthony list is true. So because she doesn’t agree with them, they shouldn’t have a voice or an outlet to express their opinions? If that’s the case, then perhaps Marcotte’s faith in her pro-abortion position isn’t as strong as she thinks it is, if simply reading what pro-lifers have to say shakes her so badly that she feels the need to silence them. And really, the fact that she is so threatened by pro-lifers and the Susan B. Anthony list speaks volumes.