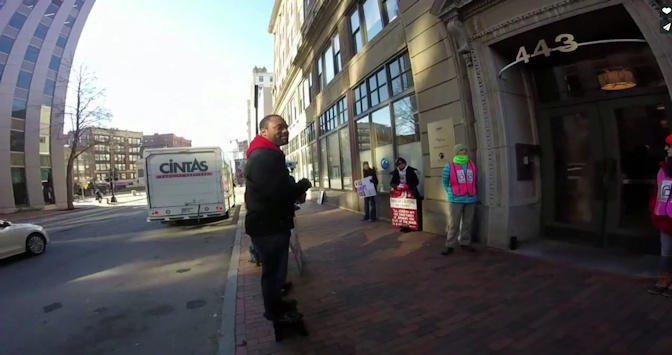 Andrew March, pastor of a Lewiston church called Cell 53 and outspoken pro-lifer, sued Attorney General Janet Mills, the city of Portland and several police officers in December 2015, after police told him he could no longer protest from a street near a Planned Parenthood clinic.

“…[T]he defendants are free to pass content-neutral legislation that can achieve the goal of a peaceful environment for people receiving health care,” wrote Torresen. “While I understand the defendants’ frustration with the shifting sands of First Amendment jurisprudence, avenues are still open to protect the interests on both sides of this debate.”

Unfortunately, this isn’t the first time abortion supporters have attempted to use the law to silence pro-lifers in Portland. In 2013, the city attempted to enforce a 39-foot buffer zone around Planned Parenthood, in which pro-lifers could not protest. The city withdrew the ordinance after a ruling from the U.S. Supreme Court struck down a similar provision in Massachusetts. Yet, some abortion supporters continue to try to find ways to quell the expression of pro-life beliefs in public. Thankfully in this case, the court saw the assault on free speech for what it was and ruled in favor of the protesters.