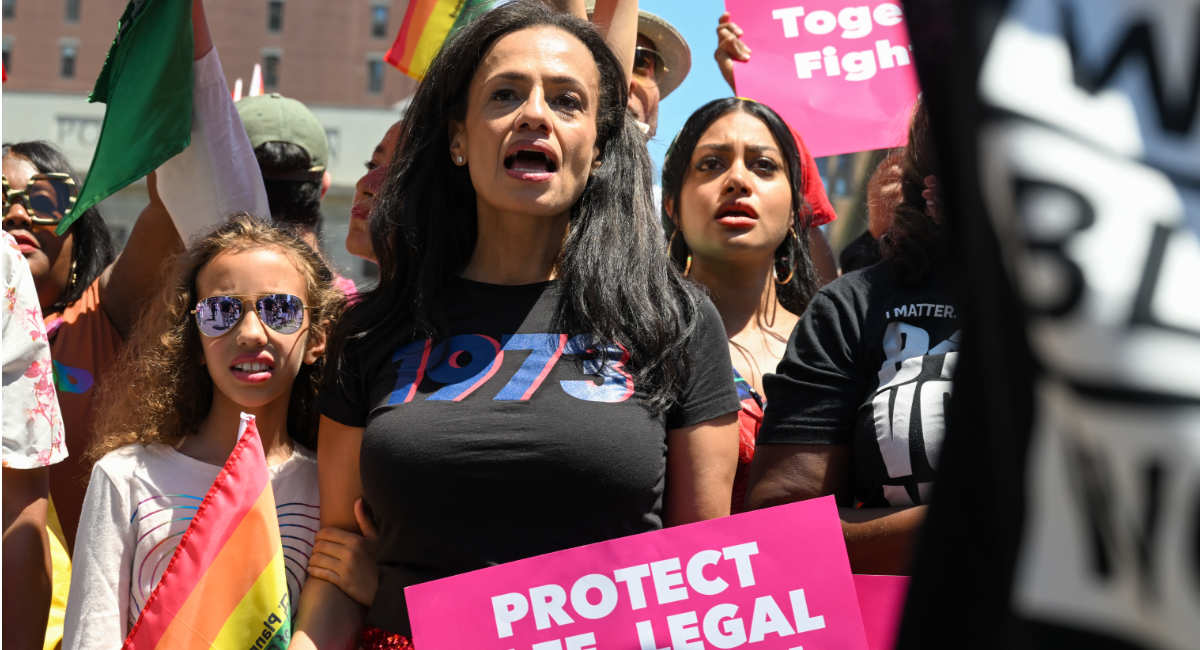 The abortion industry has been angry since the overturning of Roe v. Wade, and one recent example came in a double-pronged attack from Planned Parenthood and its media allies, who compared illegal abortion to slavery and warned that it will lead to civil war.

In an interview with Andrea Mitchell on MSNBC, Planned Parenthood president and CEO said the ability of states to make their own laws on abortion is similar to slavery.

“We have seen such extreme laws being introduced in states like Missouri and Louisiana, criminalizing not just tele-medication abortion but also things like contraception, IUDs, perhaps IVFs, and that idea you couldn’t travel across your own state boundary is just such a bizarre construct, right?” she said. “It just, obviously, harkens back to slavery.”

She continued by saying that Planned Parenthood will fight each pro-life state to keep abortion legal. “I think lawmakers are going to have to see that not only will people demand to have this right in their state, but also are going to resist any efforts to criminalize and further invade their privacy around these decisions,” she said. “I mean, like, what are you going to do in Missouri? You have to take a pregnancy test before you leave the state and come back? I mean, it’s just kind of outrageous the ways in which the actual surveillance and criminalization is going to be experienced.”

McGill Johnson is correct that the current status of abortion is similar to slavery; before the Civil War ended, slavery was legal in some states, and illegal in others. That was wrong with slavery, and it continues to be wrong now with abortion. Slavery should have been illegal in every single state, and so should the killing of innocent human beings through abortion.

NBC interviewed Ariela J. Gross, a professor of law and history at the University of Southern California Gould School of Law. Gross said the current state of abortion is, again, in line with slavery, and is likely to lead to civil war.

Enslaved people who fled southern states for northern states could be captured and brought back into slavery, particularly after the Fugitive Slave Act of 1850 was passed, requiring northern officials to assist southerners recaptured enslaved people who had escaped. Eventually, some northern states passed laws banning this, and Sara Rosenbaum, a professor of health law and policy at the George Washington University School of Public Health and Health Services, told NBC this is a direct parallel to abortion today.

“You literally are pursuing people across state borders for seeking medical care that is legal,” she said. “It’s a completely mind-blowing concept.”

Wendy Parmet, a professor of law and public policy at the Northeastern University School of Public Policy and Urban Affairs, further told NBC that abortion is the kind of issue people will kill each other in the streets over. “It’s one thing to have states fighting with each other about a tax on interstate cargo or mudflaps on trucks,” she said. “It’s not the kind of thing that tens of thousands of people take to the streets over. … We certainly have not seen since the Civil War these kinds of conflicts between the states in a context of such heightened controversy and anger.”

NBC’s experts are correct that there has been violence over abortion — but it is coming almost entirely from pro-abortion terrorists, who have firebombed and vandalized pregnancy resource centers, churches, and other offices since the leaked draft opinion was publicized in early May. They have even threatened to hunt pro-lifers at their homes.

Abortion advocates don’t seem to realize that their comparisons of slavery to abortion are, in fact, apt; however, it is making the opposite point of what they intended.

Those who believe it is acceptable to kill some human lives will, by extension, have less of a problem killing other human beings. But it’s sad to think that a supposed “right” to abortion — the intentional killing of the most vulnerable human beings among us — would be something people are willing to fight, kill, and die for.