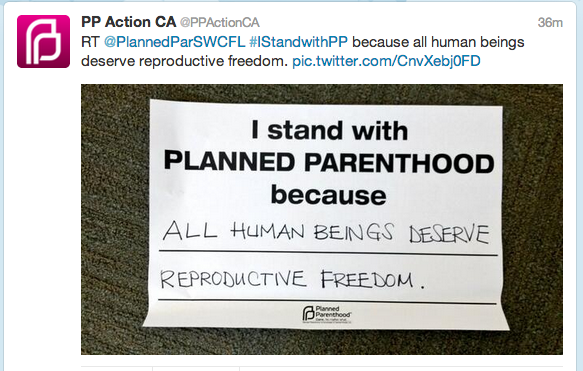 Sometimes irony displays itself with pictures that have a subtext of 55 million words. On Monday, Planned Parenthood tweeted this picture: 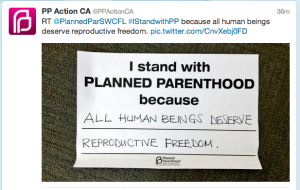 It seems that the words in this tweet would be reasons not to stand with Planned Parenthood. According to the organization’s own annual report for fiscal year 2012-2013, Planned Parenthood took the lives of 327,166 unborn babies, who never got to make any choices about their reproductive freedom. However, the organization did report offering prenatal care to 19,506 women, so maybe that number, about 6% of the number of lives it took, is supposed to somehow justify its bold and ludicrous tweet, but it doesn’t.

Since 1973 and the passage of Roe V. Wade, about 55 million unborn babies have never had the right to find their reproductive freedom–or any other freedom. Many of those 55 million have died at the hands of Planned Parenthood because in Abortion Land, the only rights people deserve are the rights to choose to kill a baby before he or she can fight for any rights.

Planned Parenthood’s tweet is accurate. All human beings deserve reproductive freedom; however, no human being deserves the right to steal that from another.