The scientific fact that an abortion ends the life of a living human being isn’t so convenient these days for Planned Parenthood – after all, it is now the largest abortion chain in the country. Back in 1952, before Planned Parenthood was an abortion operation, it sure had a more accurate understanding of science. That would be before the corporation’s twisted abortion ideology of today took over. Just look at this pamphlet below that states that abortion “kills the life of a baby after it has begun.” 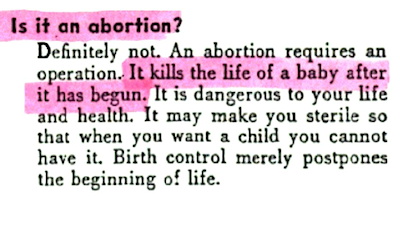