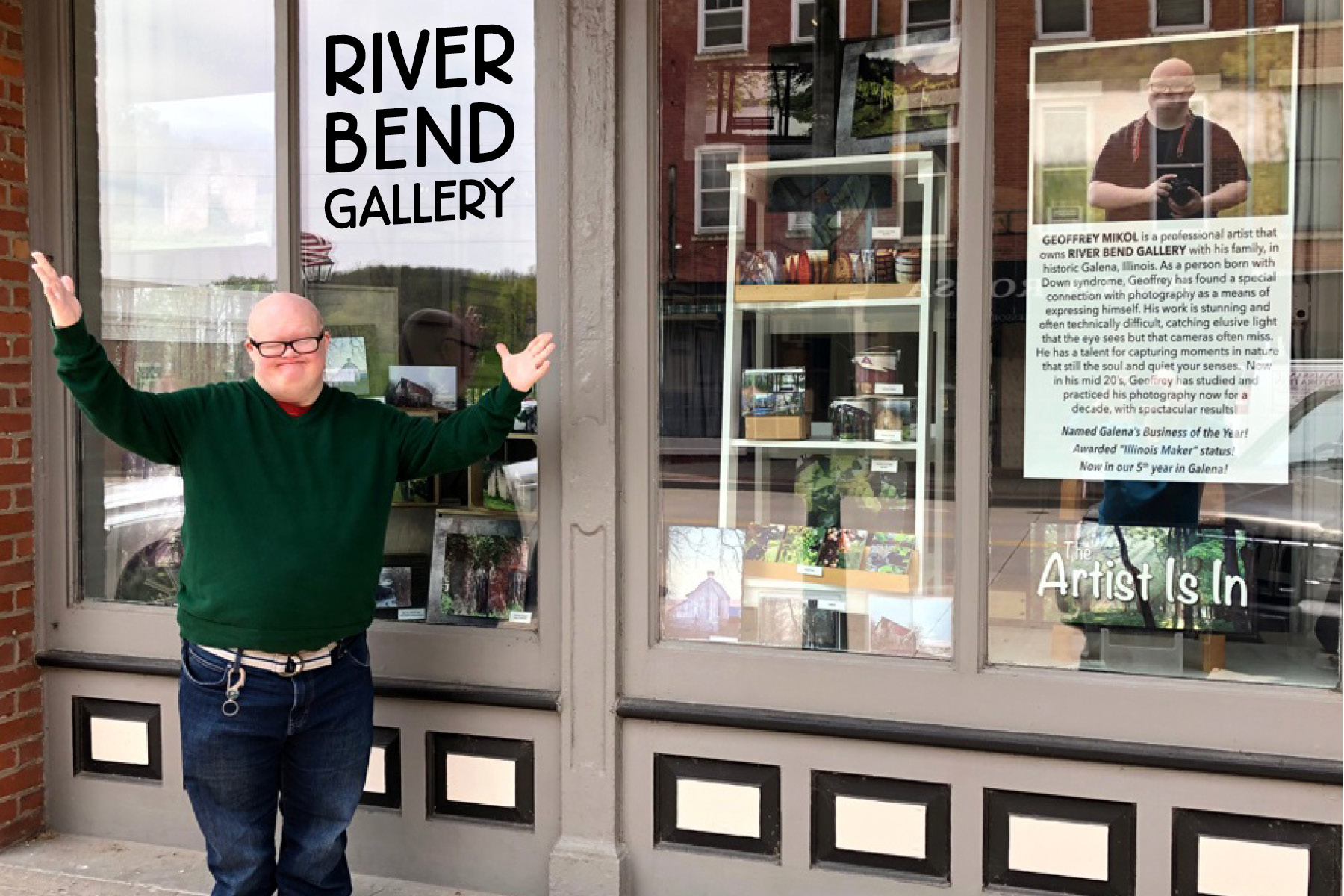 As a 25-year-old co-owner of a successful photography business, Geoffrey Mikol is an accomplished entrepreneur by any standard. The galleries on his website feature picturesque or humorous outdoor scenes from locations across the country, and his professional skill and talent are evident. Mikol also happens to have Down syndrome, and, as he told Illinois Country Living magazine, he wants people to notice his skill first, on its own merits, and his disability later.

“I want people to like my art because it’s good, not because I have Downs,” he said. Mikol’s gallery co-owner and father Paul told Illinois Country Living that he appreciates his son’s acceptance amongst the other small business owners in Galena, Illinois. “One of the things I love so much is that Geoffrey is just another business owner to them. He’s part of the family of Galena. It’s cool that he’s accepted as one of the guys. It’s all he ever wanted and all I ever wanted.”

Mikol began with a photography class in high school while living near Washington, D.C. with his mother Ann. He quickly found that photography was an effective medium for expressing himself. At age 16, while spending his summers with his father in Chicago, he began submitting his photos to juried art fairs. His submissions were often accepted, and many times won awards. During college, he began selling his pieces at summer festivals. He has even been awarded “Illinois Maker” status through the Illinois Made program that highlights individuals who are unique to the state to inspire visitors to visit them.

After a visit to Galena, Mikol, his father, and his stepmother Deb relocated there, followed later by Ann. At Mikol’s suggestion, the family opened a small, local store at which to sell his photographs. In 2016, River Bend Gallery moved to its current, much larger location in the heart of Galena’s high-traffic Main Street shopping district. Mikol takes all of the photography for the shop and also comes up with some of the product ideas like coasters, magnets, and notecards. His dad and step-mom do the matting, framing, and other supportive tasks of running the business.

READ: Couple with Down syndrome and autism celebrate 10 years of marriage

Paul told Illinois Country Living that his son has made a personal connection with countless visitors to his store. “Often the people have family members that have Down Syndrome or are on the autism spectrum, or — fill in your disability. They are inspired by what Geoffrey’s been able to do. It gives hope for their loved one. We remain humble that that has happened. When we set up the gallery it was just to display Geoffrey’s work, but it has almost taken on an importance that is really cool.”

Geoffrey’s work has been featured by multiple NBC news affiliates, The Daily Herald, and other Illinois media. A virtual tour of River Bend Gallery is available here.