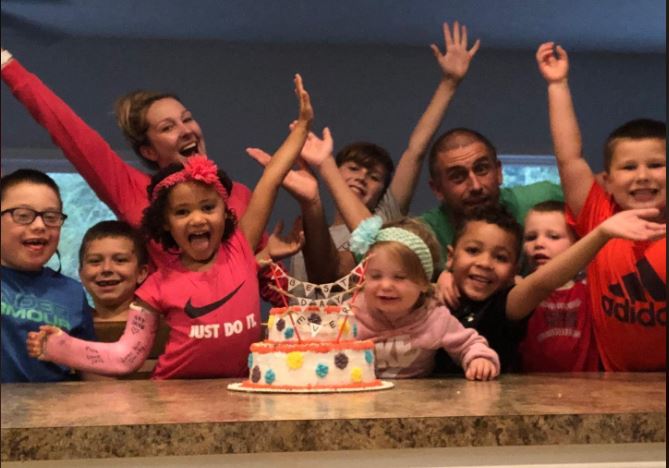 The call to foster and adopt had been on Tabitha Goldsmith’s heart for over a decade when that dream finally became a reality. She and her husband Andy were parents to three boys, Elijah, Emery (who has Down syndrome), and Easton, and had just learned they were pregnant with their fourth son when they took in their first foster child. From there, their desire to foster grew.

Their first foster child was able to be reunited with her birth mother, and after giving birth to their fourth son Ezra, the Goldsmiths trusted that God had more plans for them to foster. It was two years later that Andy initiated the conversation to reopen their foster care license.

“Less than a month later, on September 8, 2017, our 10 year wedding anniversary, Kamber joined our family,” Goldsmith told Love What Matters. Hamer was a 20-month-old girl. “[…] Wrapped in an oversized black and gray fleece cheetah blanket, they handed over this scared, quiet little girl and left within minutes. No diapers, food, or instruction. I was in shock.” 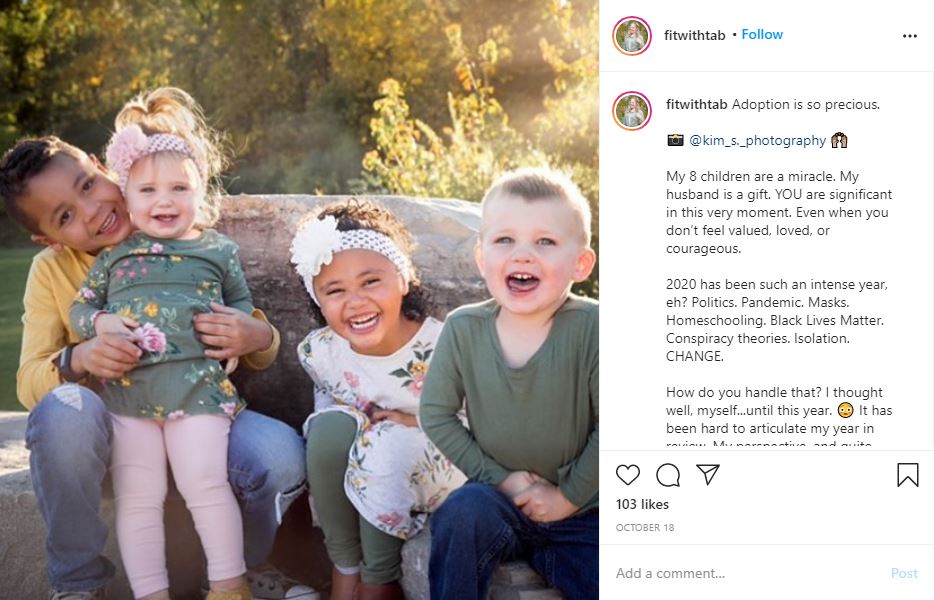 The little girl flourished, and at every court hearing, the caseworker would remark about how well she was doing. Two months later, in October 2017, Kamber’s half-brother Travis was born and the couple also took him into their care. Then in December 2018, Kamber’s half-sister and Travis’ full sister Violet was born. In February 2019, the birth parents did not attend the hearing concerning the termination of their parental rights for the older two children, and therefore, lost their rights to all three children. Visits with the birth parents were stopped and the adoption went forward. “Things seemed to be hitting a new normal and we felt like a family of nine,” said Goldsmith.

“In May 2019, I attended a conference where a father and son duo spoke about their personal experience of adopting ‘older kids’ from foster care,” said Goldsmith. “My heart was changed completely because of their journey, however, I had no idea God would use it for our family or the timing. Just a few days later, our caseworker who I trusted as a friend and fellow believer, said something that rocked my world.”

Goldsmith said the caseworker told her, “I wanted to ask you and Andy to just pray for a little 7-year-old boy. He is amazing, so smart and adorable, and needs a forever home. He is also Kamber’s half brother.” 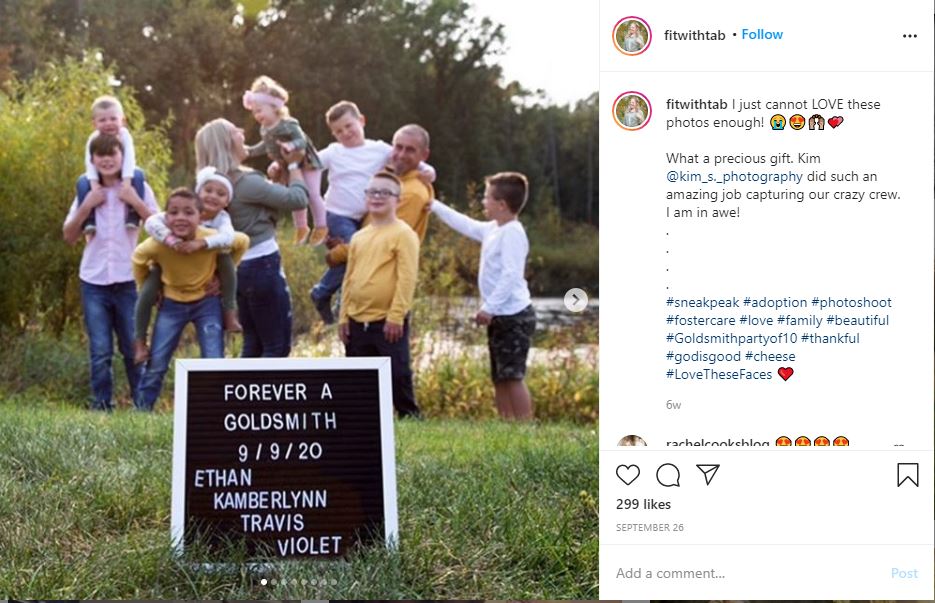 His name was Ethan, and the family decided to meet him at a park. The kids played and laughed and had fun together. “As we left, tears rolled down my cheeks in silence, the significance of this decision weighed heavily on me,” said Goldsmith. “Suddenly, my oldest son Eli yelled from the back of our twelve passenger van, ‘So when does he move in?’ I was shocked and didn’t answer him. He followed up with decisiveness, ‘Mom, he doesn’t have a family. We have an extra bed, we have room for him.’ My other boys eagerly agreed.”

The next few months had their share of troubles as the couple dealt with the trauma Ethan had endured, but they had faith. “I also trusted God’s provision and knew he did not call us here without providing a way through it,” said Goldsmith. “Thankfully, with lots of therapy, the constancy of ‘connection before correction,’ medication, and the grace of God, we have a totally different kid today who is THRIVING!”

On September 9, 2020, all four foster children were officially adopted though with little fanfare due to the COVID-19 pandemic. Goldsmith encourages other families considering foster care and adoption to pray, research, and form a network of support. While she said some days she still feels “lost in this journey,” God “provides a door, window, or sometimes just a crack, to the other side.”