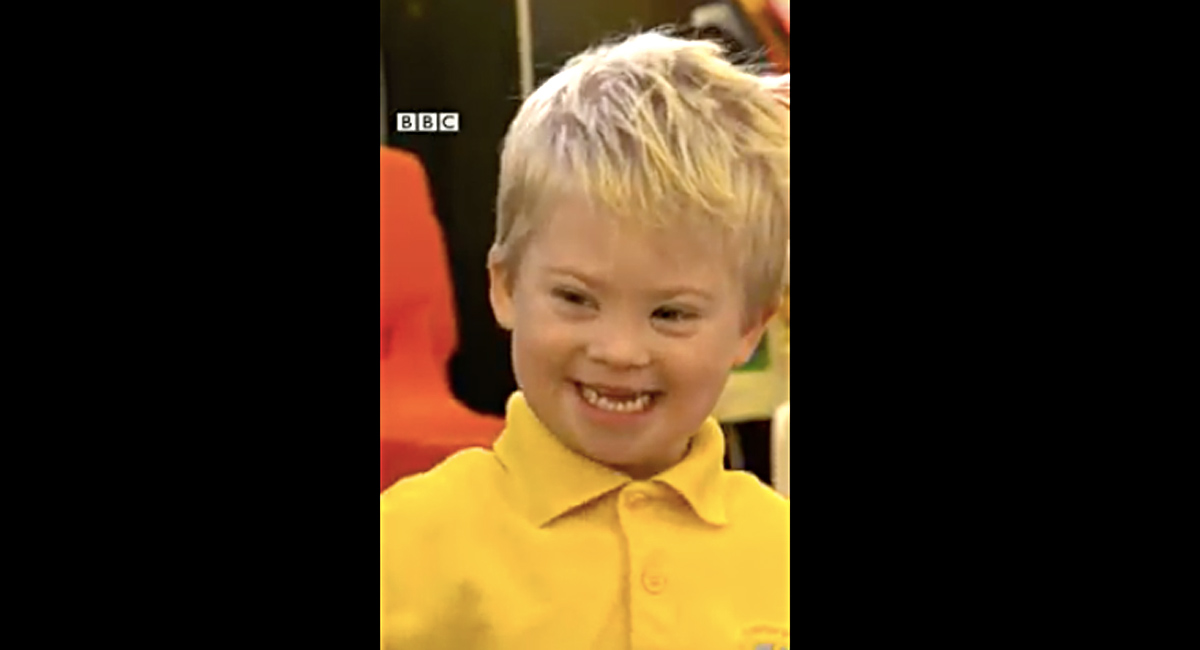 In January, BBC South shared a video on Facebook featuring parents of children with Down syndrome, talking about what life is really like raising a child who has the condition. “We want to dispel some of the myths surrounding Down syndrome,” says one mother, Karen, near the beginning of the video. “Ellie and I are making this film because I would love to go back to that moment when she was born and not have those negative emotions and feel happy about the future ahead. And I think that won’t happen unless people see that it’s not something to fear, and I wish I’d been in that position and that I’d known what I know now.”

Mothers Karen and Stacey say there are certain myths that they want to dispel: that children with Down syndrome all look the same, that they’re always happy (or happier than other children), and more.

Many parents have expressed that when they learned during pregnancy that they were expecting children with Down syndrome, they were pressured to abort multiple times and were given little to no accurate information… and little hope for the future. Those who found out at birth have experienced it as a devastating tragedy, not as a moment of joy. This video was made to try to help people understand what children with Down syndrome are nothing to fear — and everything to love.

Karen is correct. Many people with Down syndrome are living incredibly full lives, becoming business owners (like Sky, Blake, and Collette), models (like Chelsea and Marian), public speakers and career professionals (like Kayla, Charlotte, and Ryan) — really, anything they want to be. They’re also finding love and getting married. The only limits on individuals with Down syndrome seem to be the ones that society puts upon them.

As Ellie’s mom Karen says in the video, “We don’t worry about her future, but we would love the rest of the world to feel more positive toward people with Down syndrome and know that they can make a contribution and they can have a value and have a place within a community.”