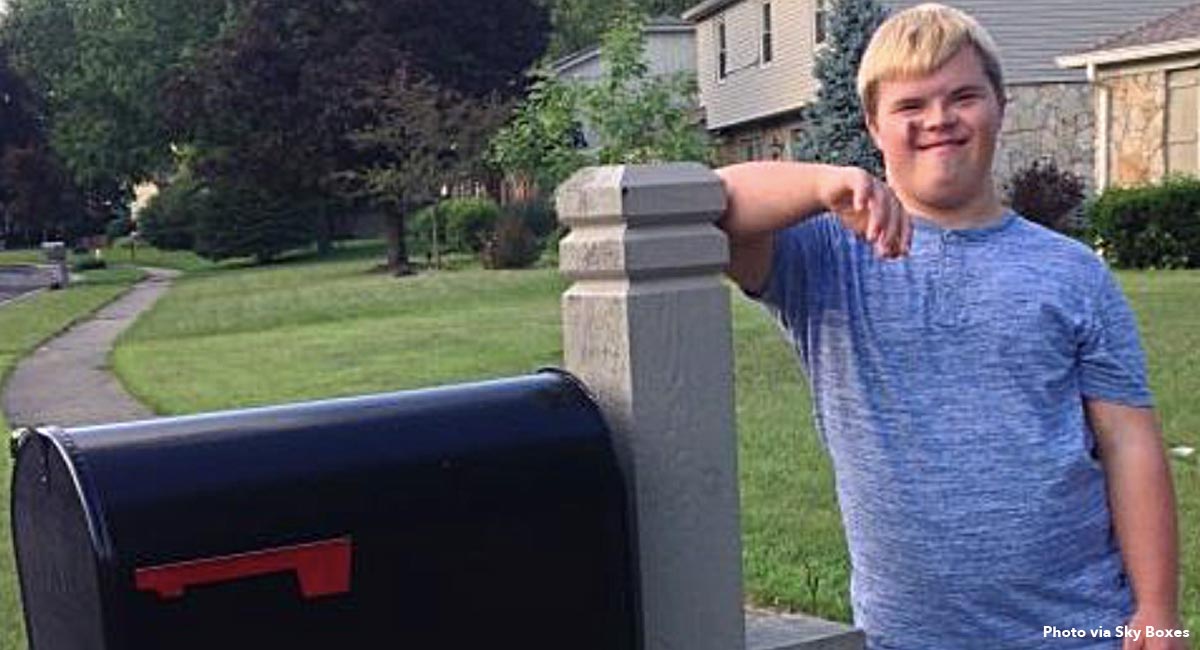 Decades of advocacy has ensured that people with Down syndrome are increasingly integrated into many parts of society—individuals with Down syndrome are graduating from high school, running businesses, modeling, and much more. Despite these advances, lingering discrimination in education can make long-term prospects for young adults with Down syndrome limited. Sky Simpson’s family knows this firsthand — that’s why Sky’s father decided to start a business he could run with his son.

Sky, a junior in high school, has Down syndrome. The Indy Star reports that he is outgoing and very active, playing flag football, participating in the bowling and track teams, and singing in choir with his best friend. But for years, Sky’s family has noted the limited options he would have after finishing high school. More than anything, Sky’s dad, Steve Simpson, told the Indy Star, they were worried that their active and social son would end up being stuck at home.

After retiring, Simpson had an idea for a business that could give his son satisfying employment and give him more options for his future: a father-son mailbox installation and repair business called Sky Boxes.

Since beginning work on the business, Sky replaced his T-shirts with a polo shirt tucked into his belt. He is a business man, says his best friend Molly (seen in the video below), and he feels he needs to look the part. Sky enjoys digging the holes for mailboxes, but he is best known for his ability to charm customers.

Sky’s family isn’t sure if Sky will stay with the mailbox business or move on to other ventures. He has dreams of being a CEO or heading to Hollywood. But for now, he has a job he loves, providing a service to his community—a community that clearly loves and appreciates him for who he is.

Sky’s dad wasn’t always sure how to be the best father to his son, but he has learned a lot along the way. He told the Indy Star, That he looked for a “solution” when Sky was diagnosed prenatally with Down syndrome, “searching the internet for a way to ‘fix’ his son.” But he soon realized, “There’s no tools to buy. And the reason there’s no tools to buy is because nothing’s broken. He’s perfect.”