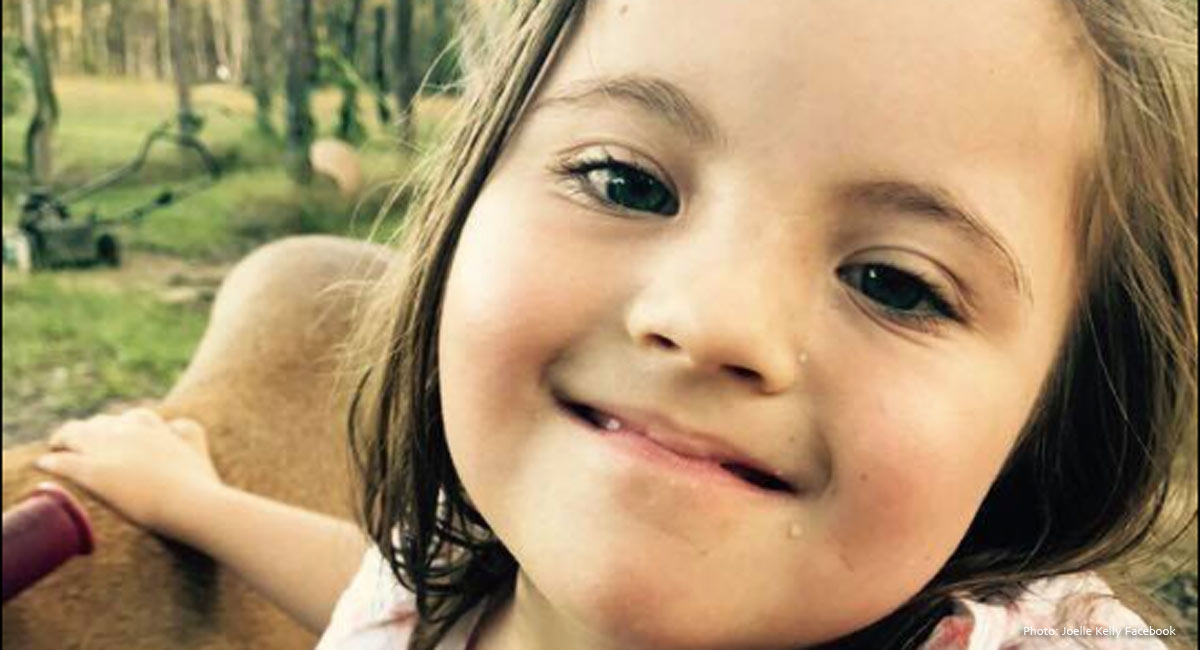 Australian mom Joelle Kelly gave birth to her daughter, Josee, after receiving a prenatal diagnosis of Down syndrome. But along the way, she was repeatedly pressured to have an abortion, which she outlined in a Facebook post.

“We were told AT our 12 week screen that we needed to proceed with further testing quickly in order to make decisions about our pregnancy,” she began. “The seed was planted THERE. We were given NO hope that she would survive at 13 weeks, told she was in heart failure and full of fluid, and they said it would be best to end the pregnancy.”

At 14 weeks, Josee’s diagnosis of Down syndrome was confirmed, so their doctors told them an abortion could be arranged in less than two days, and not to travel. But when Kelly still refused, the doctors continued to pressure her:

At 14.5 weeks the doctor said ‘I don’t know why the receptionist even gave you a blue book’ (the medical book every pregnant woman received to track their pregnancy). We were again told there was no hope and that it would be best to end her life. And then we were told she wouldn’t survive anyway if we didn’t choose abortion, and informed of how to make sure we collected all parts of our baby to take in to hospital when I miscarried.

At 15 weeks we were checked on again by the hospital via phone about what we were doing, and were told that what we were doing by not choosing abortion was keeping her until ‘foetal demise’ occurred. Basically she wouldn’t develop and would pass naturally.

At 19 weeks when she looked like her heart was ok and the fluid had resolved, we imagined we wouldn’t receive any more coercion about abortion from medical professionals.

At every weekly appointment from 19 weeks to 23 weeks we were asked if we were sure we wanted to proceed with her pregnancy.

Not once were we given information about Down syndrome, not once.

Despite their being resources available from our state Down syndrome organisation that could have helped us, we weren’t even told about organisations, let along current information.

Despite me pleading for information we were told to go home and google her diagnosis.

READ: Amazing family says daughter with Down syndrome ‘taught us to love’

Kelly has since become an outspoken advocate for Down syndrome, founding the T21 Mum Australia Network, and speaking out against the notion that people with Down syndrome would be better off dead. She also has called for parents to be given access to more information and better resources, something she says is sorely lacking in Australia.

“Women aren’t given objective information across Australia and they are also not given consistent information,” she said in an interview. “Because I speak to pregnant women every week, I get to really see what these women face and the inconsistencies within the information and support and services that they receive from medical professionals. This is the one thing that really needs to be addressed. Particularly if they are going to be rolling this [prenatal screenings] out to Medicare, who is actually going to be responsible for counseling these women and supporting these women in an objective way?”

“Joe… guess what?.. I am one of those mums who ‘knowingly’ brought her child into the world with a diagnosis of Down syndrome,” she wrote. “One that you spoke distastefully of in your segment. I endured over 10 weeks of endless questioning and pressure to abort her once her diagnosis of Down syndrome was known… even though I said no from the time we found out. People ask why I work tirelessly in my spare time to advocate for my own daughter. It’s not because I WANT to… heck I would rather be out just living life… but I HAVE to … because I am TERRIFIED of people like YOU Joe!!!!”

“You cause me heartache because you don’t think things through and just spout off about something you know anything about, to the detriment of my own child,” she continued. “I wouldn’t change my child for the world, but man I would change the world for my child.”