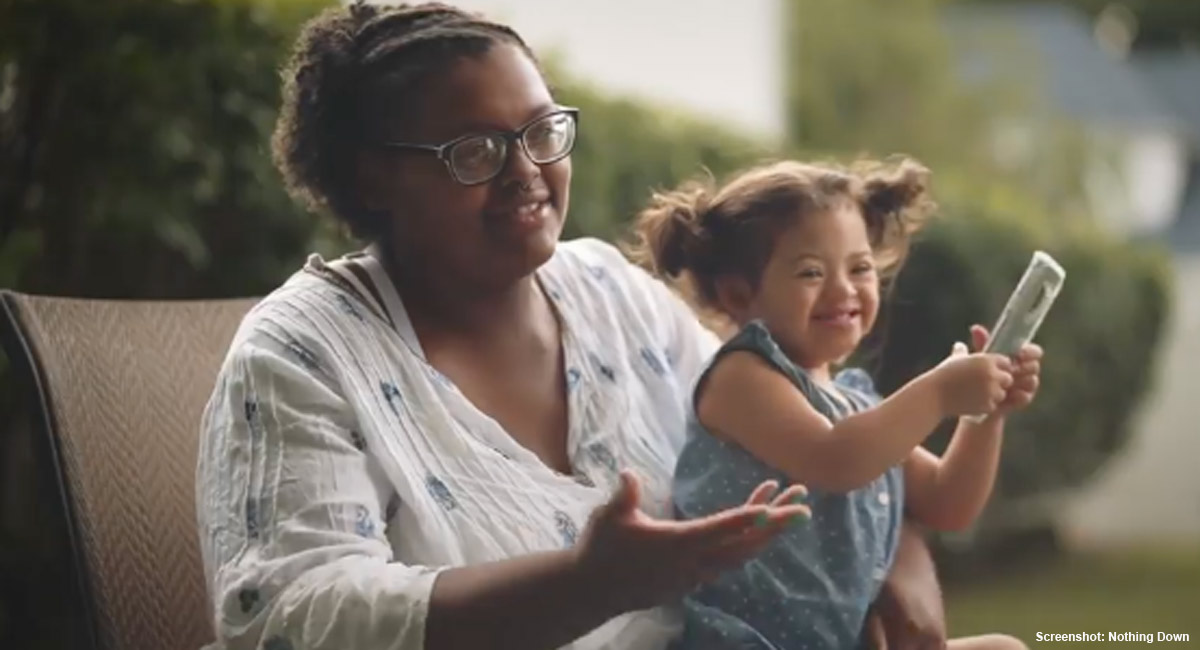 Learning that your child has Down syndrome shouldn’t be something that causes fear and grief, but that’s the response many parents have. While the adjustment an unexpected diagnosis brings can be difficult, the experience is often made far worse due to negative bias that is endemic in the medical community. But now, Down syndrome families are speaking out and demanding better treatment.

Nothing Down, founded by Julie Willson and Shannon Daughtry to change the way the world views Down syndrome, fights negative stigmas and changes the conversation about Down syndrome and intellectual disabilities through filmmaking. They have released 14 documentaries and awareness videos, and their latest project takes aim at the medical community.

The #DearDoctor movement gives families a voice after receiving a Down syndrome diagnosis in a negative way, with the goal of teaching the medical community to deliver diagnoses in a more compassionate manner. The documentary short was released this week:


READ: Moms on kids with Down syndrome: ‘Not the baby I was expecting, but the one I love’

“We often hear of the heartbreaking ways in which many families receive their child’s Down syndrome diagnosis,” their statement reads. “It is our goal to change the narrative and to work with the medical community to ensure that EVERY parent is delivered their child’s Down syndrome diagnosis with compassion, up-to-date education, proper resources, and hope. We believe that this film has the strong potential to ignite a much needed change for future parents.”

“We made the decision that we were going to continue with the pregnancy, no questions on our end,” one father said, adding that they had 10 days to decide if they wanted to have an abortion. “But I noticed that if I went into an appointment and I was cheerful about my appointment, I was asked, ‘do you know your baby has Down syndrome?'” his wife explained. “It just went from, ‘you’re having a baby!’ to ‘now, do you want to still have the baby, do you want to give your baby away, or do you want to discontinue your pregnancy’, and it was like, I just want to be a mom!” They also said that their doctor spoke only negatively about their daughter, telling them all the things she would never be able to do.

Another mom said that the first thing her doctor said when delivering the diagnosis was “I’m sorry”. Still another explained how her doctor told her that while she couldn’t have an abortion in New Jersey, they could arrange for her to go to another state instead.

Some parents did have a positive experience; for one mom, while her first experience was terrible, when she became pregnant with her second baby with Down syndrome, her doctor told her that she was blessed, and her boys would love each other and be happy. “That is how it should have taken place both times,” she said through tears.

In most of the testimonies, parents spoke of how their doctors pushed them to abort, emphasized the negatives, treated their children as something to be sad about, and made diagnosis day one of the worst days of their lives. They all also said that they wished they had been shown compassion, told it was going to be alright, the things their children would be capable of doing, and that they would love their children as soon as they laid eyes on them.

Unfortunately, these families are not unique. The Down Syndrome Diagnosis Network (DSDN) was founded several years ago, and launched its own #DearDoctor campaign in 2016. While some of these families reported positive stories, the vast majority were, like in the Nothing Down campaign, negative.


READ: #DearDoctor campaign shines light on how doctors deliver a Down syndrome diagnosis

DSDN and Nothing Down work directly with the medical community, promoting nationally recognized guidelines on the proper way to deliver a diagnosis, resources for medical professionals, and physician feedback programs. By putting an end to the treatment of Down syndrome as something to be avoided at all costs… something worth killing over… something so terrible that a parent cannot even receive congratulations on their new baby, it further stigmatizes disability — and directly leads to abortion.

Prenatal testing, after all, isn’t the problem; that just gives parents access to information. The problem is the dehumanization of people with disabilities; until that ends, abortion targeted towards those who are different will not.