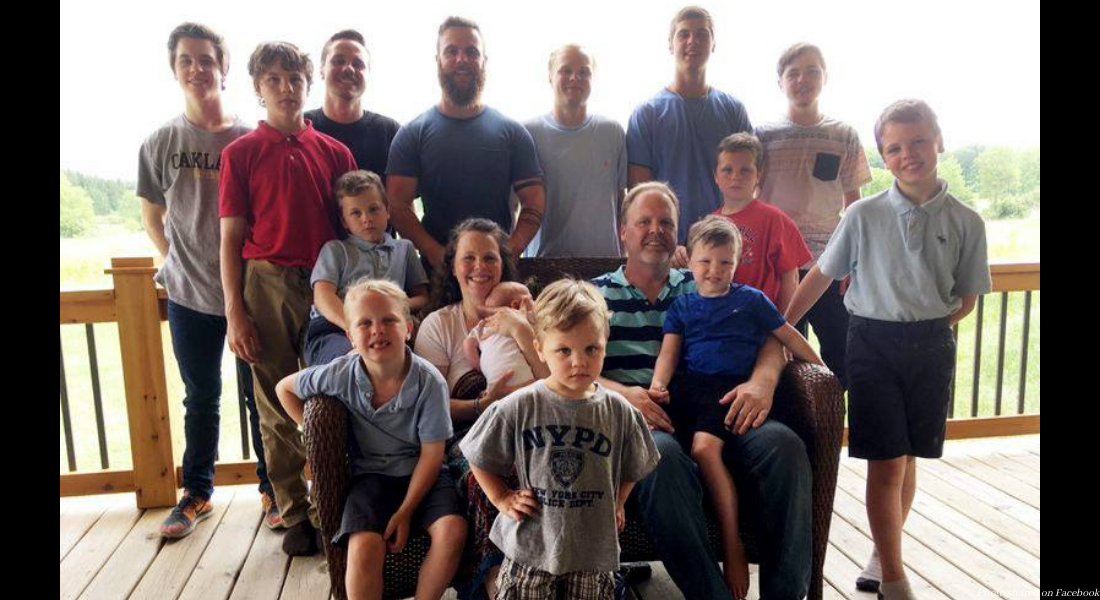 A Michigan family is celebrating after welcoming their first baby girl after almost 30 years — and 14 boys.

Married since 1993, Kateri and Jay Schwandt, both 45, have a streaming program on Facebook titled 14 Outdoorsmen, named for their 14 boys (the oldest of whom is 25): Tyler, Zach, Drew, Brandon, Tommy, Vinny, Calvan, Gabe, Wesley, Charlie, Luke, Tucker, Francisco, and Finley. Though blessed with boys, the Schwandts also always wanted to add a baby girl to their family. Now, they finally have her: a seven-pound, eight-ounce bundle named Maggie Jayne.

“My parents were finally blessed with the little girl they never thought they’d end up having,” Tyler told the Detroit Free Press. “It’s been about 12 hours since my dad told us, and I still haven’t quite wrapped my mind around it. I don’t even know if my mom owns any pink clothing — or anything.”

“We are overjoyed and beyond excited to add Maggie Jayne to our family,” Jay said. “This year has been memorable in so many ways, for so many reasons, but Maggie is the greatest gift we could ever imagine.”

The Schwandts previously explained that they never choose to know the gender of their children before birth, believing it adds to the excitement for all of them. “It’s kinda part of the buildup for them,” Jay said to WOODTV. “They enjoy it. Is it going to be a girl, is it going to be a boy? What if it’s a girl?”

The Schwandts also thought that Finley, their 14th son, would be their last child. “This one, we’ve really relished everything that goes along with it even more because given our age and the fact that we have adult children, this realistically is the end of the road as far as making babies,” Jay said. Every one of their children is unique and valuable, regardless of gender, but baby girl Maggie ended up being quite the surprise.

“Each little one that has entered our family has brought something special to the entire makeup of the family and without any one of them it wouldn’t feel right,” Kateri said.

Despite negative stereotypes of large families like the Schwandts, both Kateri and Jay have earned advanced degrees — Kateri has a master’s degree in social work, and Jay has a law degree. “There are some really mean people in the world. And it doesn’t matter,” Jay told the Detroit Free Press in 2018. “We happen to be this great big family with 14 boys that has so much fun every second that we’re together.”