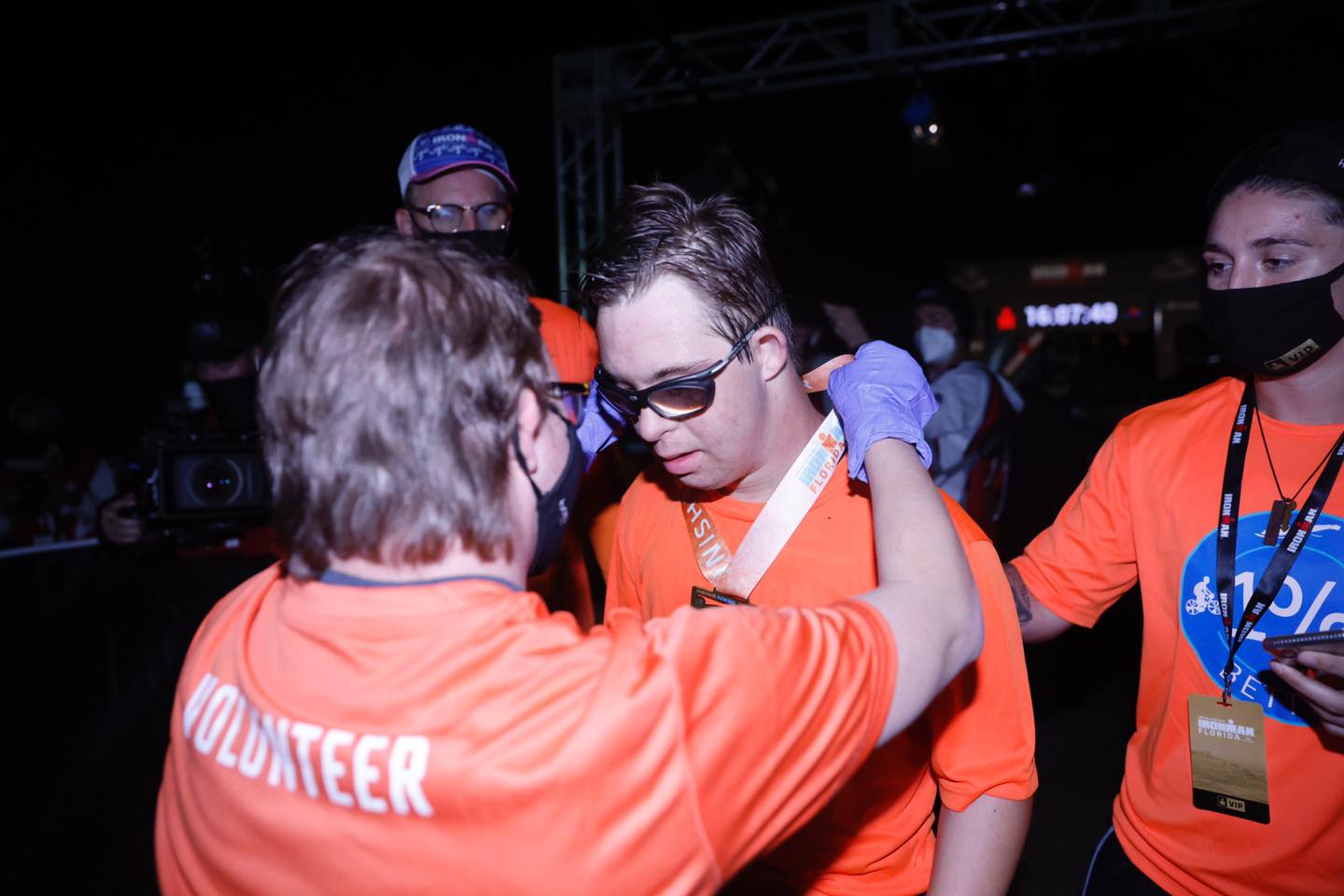 Saturday, Chris Nikic made history, becoming the first person with Down syndrome to ever complete an Ironman triathlon. The athletic event is considered one of the most grueling in the world, consisting of a 2.4-mile swim, 112-mile bike ride, and 26.2-mile run — all which must be completed within a 17-hour time frame. The incredible feat proved doctors wrong about what people with Down syndrome can do, and gave inspiration to people around the world.

According to the Orlando Sentinel, doctors said Nikic would never be able to do anything as strenuous as an Ironman. “The doctors and experts said I couldn’t do anything,” Nikic said. “So I said, ‘Doctor! Experts! You need to stop doing this to me. You’re wrong!’”

Nikic had been competing in triathlons since he was 16, but briefly had to stop for two years after a series of ear surgeries seriously impacted his health, completely unable to swim a lap in the pool or ride a bike. But he fought his way back. “He’s gone from barely being able to do anything, to running an Olympic-distance triathlon,” his dad, Nik Nikic, told Team USA earlier this year.

Alongside Dan Grieb, a realtor who also works as Nikic’s trainer and coach, Nikic trained for three hours each day in spinning, yoga, group martial arts, Zumba, and basketball, as well as keeping up his triathlon training. “I don’t use my condition as an excuse,” Nikic said. “Instead, I work harder… My dad told me, ‘Don’t ever doubt your dreams, Chris.’ He told me God gave me gifts. I don’t ever doubt my dreams now.” 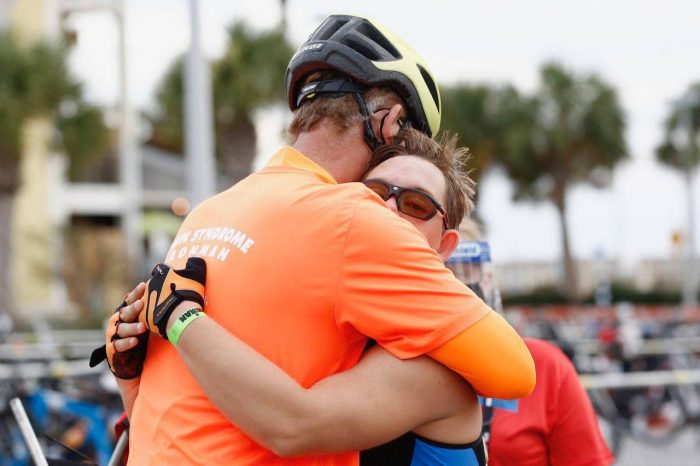 Nikic stops for a hug during the race. (Facebook)

This attitude was on display throughout the Ironman triathlon, as Grieb and Nikic stopped for motivating hugs, both with each other and with spectators cheering them on throughout the race. Grieb specifically had to make sure Nikic was ready not just for the physical difficulties of the race, but for how hard it would be mentally to finish. “Obviously, the Ironman is not forgiving and Chris gets no breaks,” Grieb told USA Today earlier this year. “You have to swim the full distance, run the full marathon, and bike the full time. It doesn’t change for anyone. Chris is going to be faced with the wall – where it will take a level of grit and mental toughness to get through. He’s displayed through all his practices he has what it takes because he’s been mentally prepared through repetition.”

So Grieb made sure to keep him motivated, during breaks reminding Nikic of everyone he was running the race for. In the final two miles of the triathlon, Ironman went live on Facebook, with over 26,000 people watching Nikic cross the finish line, with Grieb encouraging Nikic to keep going.

Other Ironman athletes ran alongside him, offering motivation and encouragement for him to finish, and providing water and energy gel to keep Nikic going. People along the route cheered him on, giving high fives and hugs. At some point during the race, Nikic apparently injured one of his legs, as photos from both the biking and running portions show blood dripping down his leg. But he never quit, and Mike Reilly, the Ironman Voice, welcomed him at the finish line.

“Here he comes!” Reilly’s voice boomed as Nikic approached. “From Maitland, Florida, he is 21 years old! Let’s welcome to the finish line, and give it to him… Chris Nikic! You are an Ironman! You did it, Chris!” His family also met him at the finish line, enveloping him in hugs as they cried.

Ironman celebrated Nikic’s amazing accomplishment on Facebook, keeping followers updated on his progress. When he finished, he was officially welcomed into the exclusive Ironman family.

People all around the world watched Nikic’s journey yesterday, including Down syndrome families who traveled to Florida to watch and cheer him on. One of them was Karen McConeghy Prewitt, whose son, Caleb, has Down syndrome. Afterwards, she posted on Facebook about what Nikic’s accomplishment means — for Nikic, for the Down syndrome community, and for all those who claim people with disabilities can’t do incredible things.

“As we watched history unfold on-site for 17 hours, it was truly incredible to see the messages come in from around the world,” McConeghy Prewitt wrote. “People who had children with Down syndrome. People with Down syndrome. Other athletes. News media. ‘Regular’ people. All with messages of hope and inspiration. Chris’s mantra of 1% better and inclusion have reached new ears. That is a greater victory, friends. Let us pray that doctors, other medical professionals, educators and business communities hear that same message. How many lives were touched by this young man yesterday??”