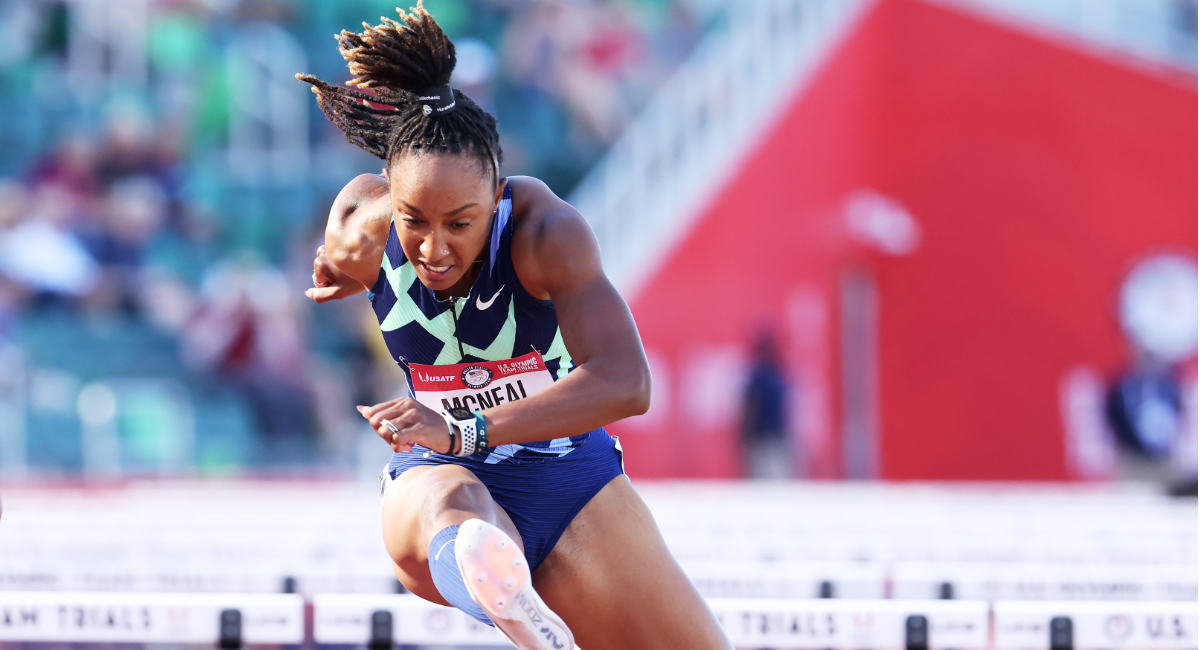 The New York Times has reported that Brianna McNeal, who won Olympic gold in the 100-meter hurdles in 2016, has been suspended from competing for five years by World Athletics, the organization that governs track and field athletes. According to the report, McNeal missed a mandatory drug test two days after she had an abortion in January 2020.

As reported by the Times, McNeal had an abortion because she was afraid her pregnancy would prevent her from competing in the 2020 Olympic Games. But quickly thereafter, she reportedly mourned the loss of her baby — especially after the 2020 games were canceled and she realized she could have had her baby after all.

McNeal has stated that when the tester came to her house on January 12, 2020, she was in bed recovering from the abortion and didn’t hear them knock, as it was very early in the morning and she had been struggling since her procedure.

She was reportedly already grieving the loss of her child. When questioned by officials, McNeal at first didn’t tell them she had an abortion. Instead, she said she had a “surprise medical procedure.” McNeal got a note from the abortion facility to excuse the missed test.

According to details released by AIU on Friday, the crux of McNeal’s case revolved around her decision to change the date on three doctors’ notes by one day, after receiving an abortion at a clinic in California. She underwent the procedure on Jan. 10, but changed the notes to indicate that the procedure took place on Jan. 11. The missed test occurred on Jan. 12.

McNeal claimed she thought the clinic got the date wrong, so she altered the note. She said that due to the trauma of her abortion, she misremembered the date.

World Health Athletics requested the records from the clinic and discovered that the abortion did, in fact, take place on the 10th. Because of the missed test and what they saw as McNeal’s dishonesty about the date, the organization suspended her for five years, which will keep her from competing in the next two Olympic Games. Officials also demanded that she return all medals and prizes won between February 13, 2020, and August 14, 2020.

I tried to keep the abortion private, but they just kept tugging and tugging at me, wanting more information. I couldn’t believe that I was charged with a violation because I had the dates mixed up by just 24 hours. It’s not like the procedure didn’t happen.

McNeal said officials didn’t believe her when she told them her abortion was traumatic. According to the Times:

In its case against her, McNeal said, World Athletics said it didn’t believe she was so traumatized by the abortion that she got the date of the procedure wrong. After all, the organization said, she continued to post on social media and compete in the weeks afterward.

But when McNeal won a space on the Olympic team, she said, “I want to cry right now. You guys don’t understand how much I’ve been going through this year. I’m just very emotional.”

Officials also felt McNeal was lying about abortion trauma because she did not seek treatment with a psychiatrist. McNeal said she sought help from a spiritual advisor instead. “For me, growing up in the Black community, that’s how we cope with everything,” she said. “We go to church, and we talk to our pastor or spiritual advisor.”