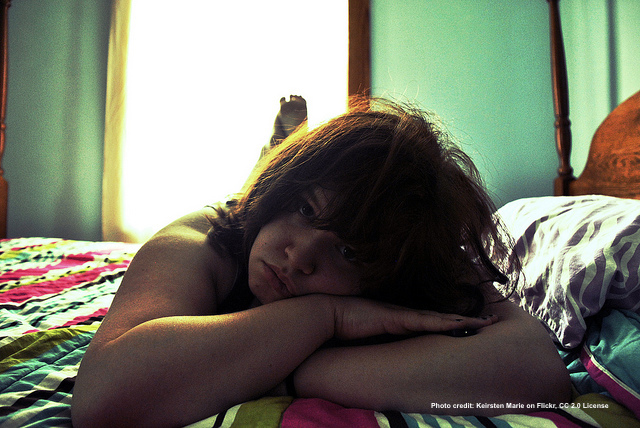 Hailed as a “groundbreaking” analysis of the impact abortion has on women’s lives when originally released five years ago, the Turnaway Study was debunked in 2015 due to its numerous methodological errors and conflicts of interest. Despite this, the study’s principal investigator, Diana Greene Foster, recently published her findings in a book. Foster argues that being denied an abortion does greater harm to women than having one – but her conclusion that over 90% of women who have abortions do not regret it five years later is misleading at best and downright deceptive at worst.

Even if it were true that a majority of women experience no negative side effects from abortion, the pro-life position remains the same: deliberately taking an innocent life through abortion is wrong. However, far from offering an honest assessment into the psyche of women who have had abortions, Foster’s research is demonstrative of long-standing efforts to deny women’s post-abortion trauma. While media outlets have been quick to revere the study, Foster’s overreaching conclusions should be looked at with skepticism instead of praise.

The problems with the sample of women used in the Turnaway Study are noticeable almost immediately. Out of the thousands of women invited to participate, only 27% of them consented to being interviewed about their abortions. By the study’s final year, participation had dropped to 17%. The low participation rate and high dropout rates means it’s impossible for Foster to claim her research represents a majority of women who have had abortions.

Buried within the study’s reports is the fact that women who felt the highest rates of relief at baseline were less likely to be lost to follow-up. Women suffering from negative feelings about their abortion during the initial interview process were the most likely to drop out.

This should have prompted the researchers to investigate whether this was tied to possible feelings of post-abortive regret. Previous studies have found women who have had abortions may be reluctant to talk about their experiences. The fact that the authors chose to ignore this relevant information should cast significant doubt upon the integrity of their study.

The authors also said they recruited women from 30 abortion facilities around the country, but did not disclose how these sites were chosen. The only consistent detail in the selection of facilities was that each was affiliated with the National Abortion Federation. Since abortion facilities were responsible for recruiting women for the study, this could also be an explanation for why women displaying signs of post-abortion trauma were not reflected in the final numbers. The facility staff could merely have chosen to exclude these women from the study.

Foster has claimed her study is unique because it compared the emotional state of women who had abortions to women who were turned away by abortion facilities for being too far along—except one-fourth of the women used in the study’s control group had abortions elsewhere prior to the study, or reported that they suffered a miscarriage.

The claim that being denied an abortion carries a heavier psychological risk than having an abortion is not supported by the study’s own data. Women who carried their pregnancies to term after being turned away experienced improvements in their levels of anxiety, depression, and self-esteem. In fact, one week after being denied an abortion, the average depression score of these women was lower than the women who had aborted.

After excluding abortion-related deaths that took place 42 days after the procedure and ignoring studies linking abortion to severe physical side effects, Foster’s team asserted that their study confirmed the safety of abortion. The inaccuracy of this conclusion should not come as a surprise.

Women were merely asked if there were any health problems after going through childbirth or an abortion, and if they experienced any debilitating periods. This self-survey did not examine any medical records, and the lack of proper reporting of abortion complications was ignored by the study’s authors.

The conclusion that 95% of women do not regret their abortion five years after the procedure comes from a single question. Women were merely asked if their abortion was “right” for them. The only possible answers were “yes,” “no,” or “uncertain.”

This question did not allow the authors to assess if any of the women’s attitudes toward their abortions had shifted, and no effort appears to have been made to evaluate the reliability of the question. While the authors may have interpreted “right” to mean no regrets, did the women being sampled see it that way?

Did the women in the study mean abortion was the right choice at the time? Did the phrasing of the question compel them to defend a decision they could no longer change? Had these women sought help prior to the study that may have reduced any negative emotions they felt about their abortion? These variables seem to have been left unaccounted for by Foster and her team.

If the authors had asked participants if they would choose abortion again if faced with another unexpected pregnancy, perhaps that would have allowed for greater insight. A study of post-abortive women from Sweden, for example, found that 80% of women reported satisfaction with their abortion, but 76% of participants stated they would not choose abortion again if they experienced another unplanned pregnancy.

In addition, the Turnaway Study authors ignored research that has found a link between abortion and negative emotional states. It is also highly questionable for scientists to make such generalized conclusions about women’s mental health based on a single study. Considering Foster has a Ph.D., she’s likely aware of this, suggesting that the research was focused more on satisfying a political agenda than offering relevant data about post-abortion trauma.