Ohio’s abortion rate dropped to its lowest level since 1976, according to a study released on Friday by the state’s Department of Health. The report, which covers the year 2013 , reveals that the number of abortions dropped to a historic low, dipping 9 percent from the previous year. The report also shows that the state’s abortion rate  is significantly lower — almost 18 percent– compared with 2010 levels.

Ohio Right to Life applauded the new statistics, noting the closure of four abortion clinics in 2013. The pro-life group said in a press release that legislative efforts are among factors building the state’s ever-increasing culture of life:

“Ohio’s continual decline in abortions is representative of an increasingly pro-life culture in our state,” said Stephanie Ranade Krider, executive director of Ohio Right to Life. “We grieve for every life lost to abortion and we are concerned that abortions among African Americans, while lower than last year, are still disproportionately high. We are hopeful that with each passing year, we will find ways to save more and more lives.”

“We have to believe that this record-breaking report is directly tied to the efforts of compassionate pro-life Ohioans making a difference in the lives of women and children, and also to the legal protections afforded to children in recent years,” said Krider. “We especially thank Governor Kasich and the leadership of the Ohio House and Senate.”

Six abortion facilities have closed since the start of Governor Kasich’s administration. According to the report, there has been a “steady decline in terminations” since 2001– and from 2001 to 2013, “the annual decline averaged approximately 1,150 per year.” 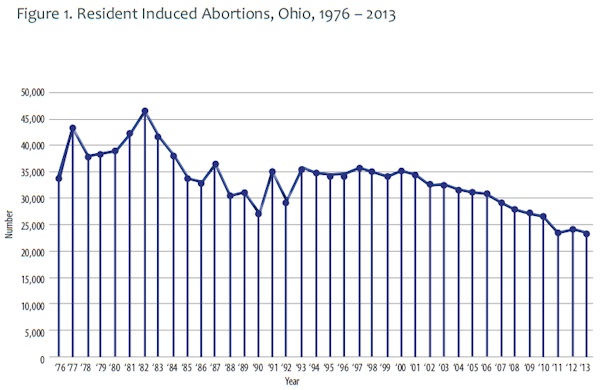 Most abortions occurred in the first trimester: 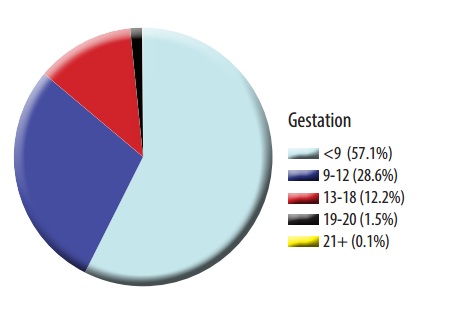 Women who were “never married” accounted for over 80% of abortions: 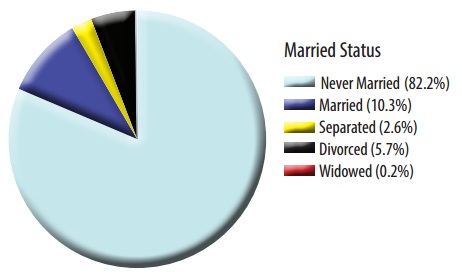 Abortions were highest among women in their 20s: 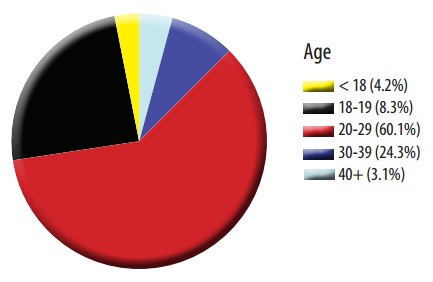 Most abortions were by white women (this category includes Hispanic and non-Hispanic), although the abortion rate when compared to population distribution was highest among black women: 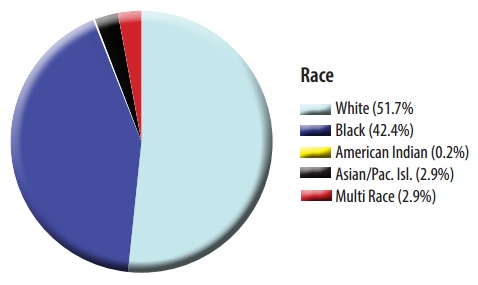 Overall, this historic drop in abortion rates for Ohio is something to be applauded. The pro-life efforts thus far are to be celebrated as pro-lifers look towards the day when every life is protected.