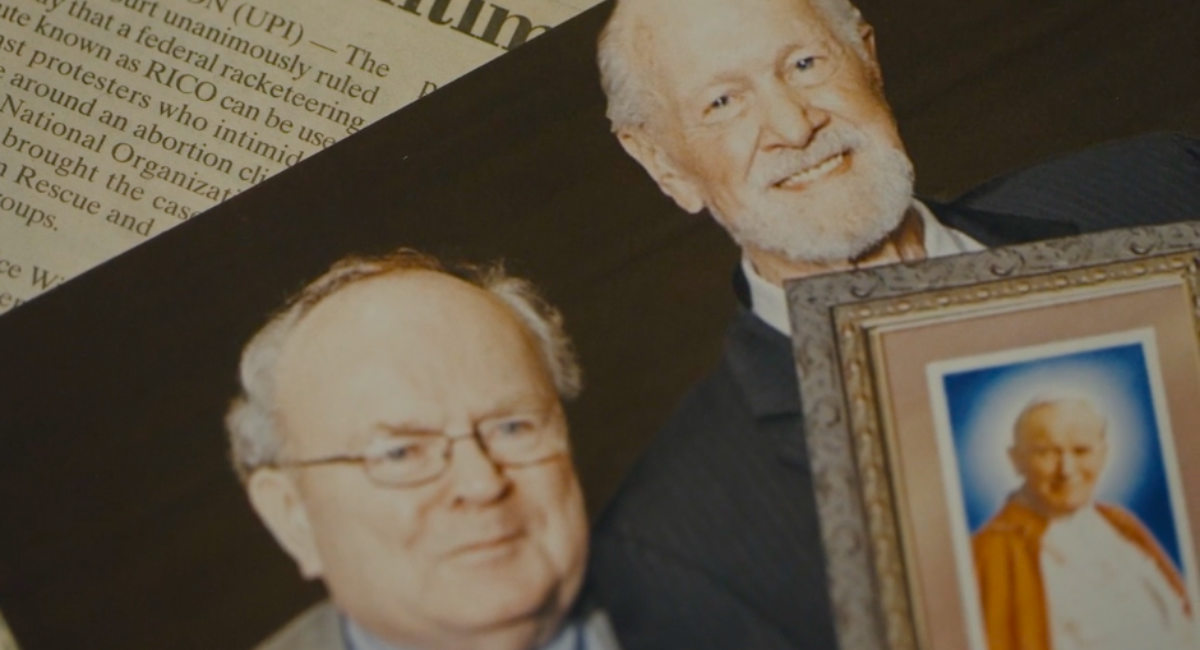 While pro-lifers today often face criticism and mockery for their public advocacy on behalf of preborn children and their mothers, the right of pro-life individuals and organizations to speak out publicly against our greatest national atrocity was in legal limbo for many years. A forthcoming documentary to be aired March 22nd on EWTN, “Fighting for Life: The Story of NOW v. Joe Scheidler,” explores the landmark 28-year legal battle that solidified “the right to speak out publicly against the killing of preborn children,” according to a press release from the Thomas More Society, who sponsored the film.

“Fighting for Life” offers “an enlightening look at the man who stood up for the right to advocate for life and decry abortion and the attorney who risked everything to defend him,” according to the press release. The man who stood up was Joe Scheidler, known as the ‘Godfather of the pro-life movement’, and his lawyer was Tom Brejcha, who represented Scheidler before the Supreme Court three times between 1994 and 2014. In 1997, Brejcha’s role as Scheidler’s legal counsel led the two men to officially found the Thomas More Society, a national not-for-profit public interest law firm which to this day “continues to uphold the guaranteed right to publicly affirm the sanctity of human life and speak out against abortion in courts across America.” 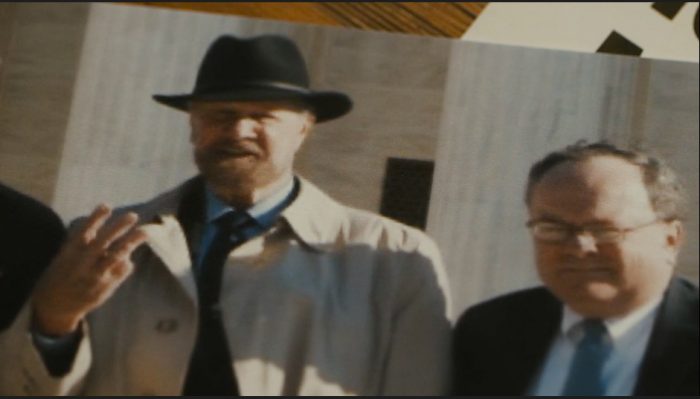 The documentary is hosted by former Planned Parenthood manager turned pro-life advocate Abby Johnson, and the story is told through interviews with Joe Scheidler, who passed away in January 2021, his wife Ann, and Tom Brejcha and his wife Debbie.

“It’s hard to explain the relationship you have with your own children, but it’s one reason that I’m pro-life- you can’t imagine the world without this child. My faith played a major role in the marriage, in the raising of the children, in the getting involved, in trying to save lives,” said Joe Scheidler of his motivation to quit his job to focus on full-time pro-life activism. “When abortion became the law of the land, I read both Roe v. Wade and Doe v. Bolton, and Doe v. Bolton makes it very clear that a woman can have an abortion for any reason at all. And when I read that, I thought, ‘I have to fight that. That will destroy our country.’ That justified my leaving a job in the marketing industry with a good salary, and going out on my own.”

Brejcha commented on Scheidler’s significant success from early in his advocacy days, during which he founded the Pro-Life Action League, saying, “Scheidler was so effective, and he became a charismatic figure for the pro-life movement at the time, which was growing. He introduced local activists from all the four corners of the United States, introduced them to one another, and then coming to annual get-togethers to teach them different ways of getting the abortion issue front and center as a major public issue in American public culture and politics. He was very, very good at that, and frankly, what he did was a textbook case on how to organize a protest movement.”

Joe Scheidler’s effectiveness in training pro-life activists led him to write “Closed: 99 Ways to Stop Abortion,” a book about how to end abortion. “My reason for writing ‘Closed’ was that I was getting so many calls and letters from people asking what to do, ‘how do you fight abortion?’ So I thought, why don’t I just write a book, so that when people call, we’ll give ’em 99 ways,” Scheidler said in the film.

Ann Scheidler wryly added, “When Joe started writing the book, my dad, who was an attorney, said, ‘You know, you’re going to get sued. You’re going to get sued over this book. You can be sure of that.’ About a year after the book was published, yes, indeed, he was sued by the National Organization for Women (NOW).” 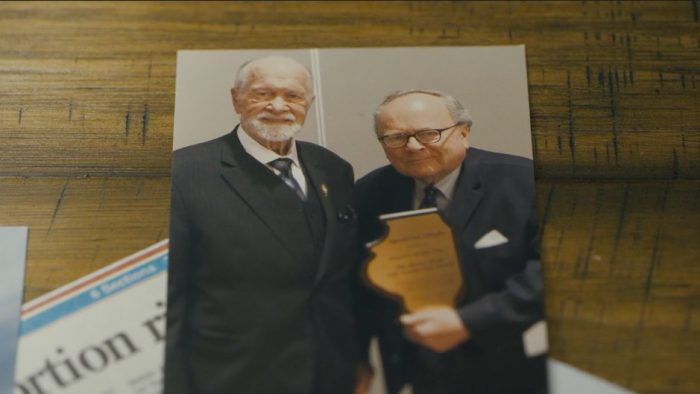 In the film, host Abby Johnson outlined the basics of the lawsuit NOW filed against Joe Scheidler personally, saying, “In 1986, the National Organization for Women… along with two abortion providers asserted a federal anti-trust claim, a class action for all abortion providers and all women seeking access to abortion in the entire country. They claimed that Joe Scheidler, through his book ‘Closed,’ was urging pro-life citizens to shut down the abortion industry and was therefore guilty of anti-competition.”

At the start, the twists, turns, and convolutions of the abortion industry’s baseless legal accusations over the next several decades were practically inconceivable, as was the equally dogged persistence of Joe Scheidler and Tom Brejcha. Brejcha’s wife Debbie said they originally believed that “[the case] just seemed so unjust. [Brejcha’s defense] had to work. Why wouldn’t people see that there’s an injustice? Why wouldn’t they support it?” Soon, though, the pro-lifers realized that the case would not end quickly.

READ: ‘Godfather of the pro-life movement’ Joe Scheidler passes away at 93

The meat of the documentary tracks the highlights and lowlights of the litigation that led Scheidler and his legal team all the way to the Supreme Court an unprecedented three times, including, as Ann Scheidler noted, NOW’s incredible change of tactics to pursue what they believed to be “the silver bullet that would get rid of the pro-life movement.” The drama of Scheidler and Brejcha’s case was further heightened by the national backdrop of episodic violence against abortion providers that occurred around the same time as — though wholly unrelated to — the litigation. The fascinating details fleshed out during the film provide meaningful context to all that was at stake personally for the Scheidlers and Brejchas in their refusal to give up the case.

The impact of Scheidler and Brejcha’s courageous and ultimately victorious stand for Americans’ right to publicly oppose abortion has implications for the pro-life movement to this day, impacting everything from so-called ‘bubble zone’ laws to undercover investigator David Daleiden’s case.

As Brejcha noted during a 2018 interview with Live Action News, “If they had prevailed with their claim, it would have neutered pro-life activism and street protests. 40 Days for Life would have had a hard time getting off the ground if being outside an abortion provider translated into a threat as a matter of law. That’s what the opposition is still trying to scream about. And it was the NOW v. Scheidler case that repulsed that idea.”

“Fighting for Life” is recommended viewing for all pro-lifers, providing invaluable context for the legally-recognized ability of every citizen to publicly advocate for and defend the right to life.