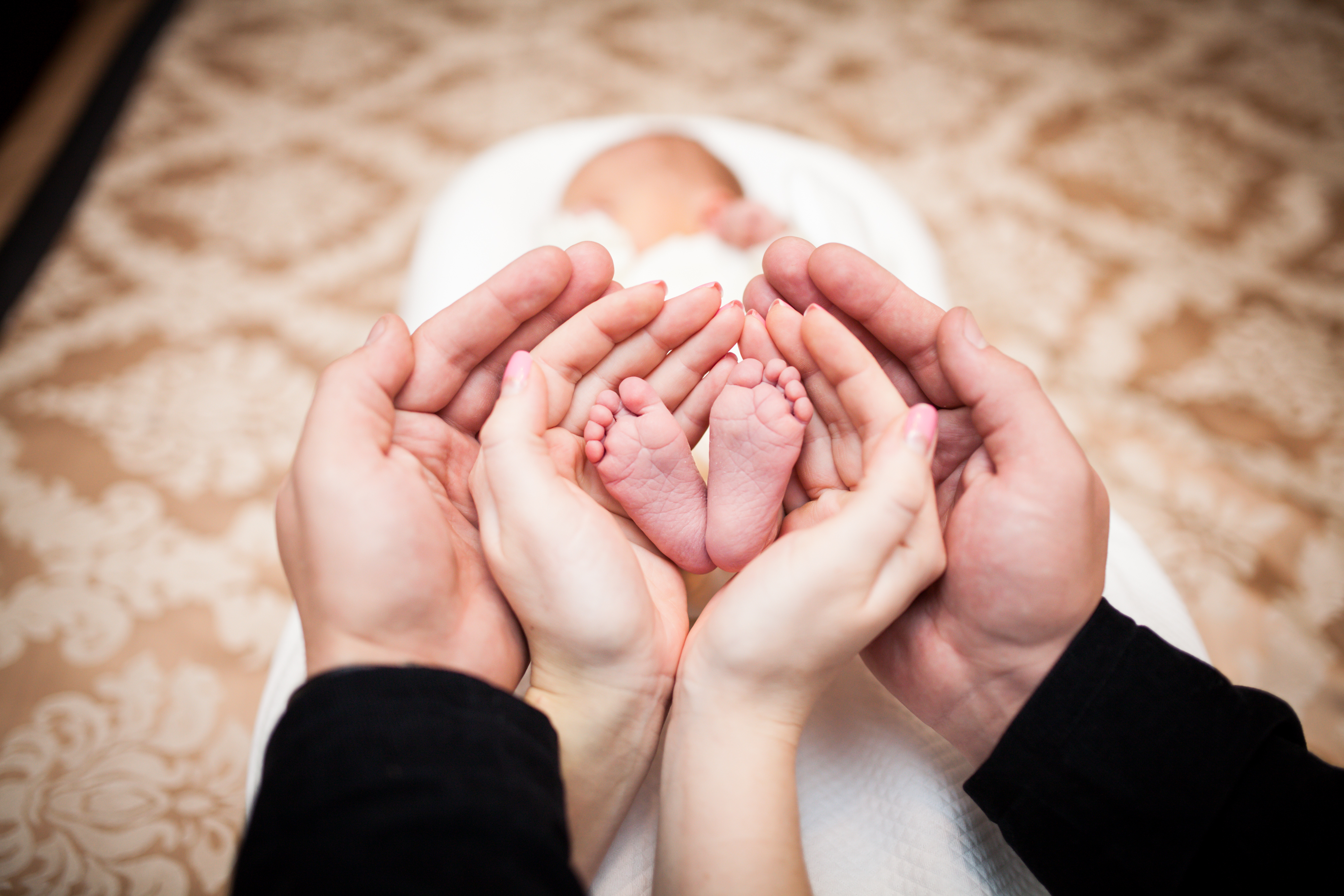 Thomas Brejcha, president and chief council for the Thomas More Society, started his career as a business lawyer in Chicago, and had tried several cases before the Supreme Court when the National Organization for Women (NOW) filed a lawsuit against Joseph Scheidler, founder of the Pro-Life Action League, claiming that Scheidler and other pro-lifers had violated the Racketeer Influenced and Corrupt Organizations Act (RICO) through a nationwide conspiracy to prevent women from having abortions. Brejcha stepped in to assist with the case.

“A relative of his asked if I would consult with the young folks at Americans United for Life,” Brejcha recalled in an interview with Live Action News. He agreed, writing a brief for them. As the case continued, though, Brejcha’s law firm told him he either had to quit the case or quit the firm — so Brejcha quit the firm and kept defending the Scheidlers. “It was an abomination of a lawsuit,” Brejcha said. “It was a real perversion of the anti-trust laws.” And yet it took many years for the suit to be thrown out, because, Brejcha said, of “the politics of abortion and the stranglehold it has on our culture.” 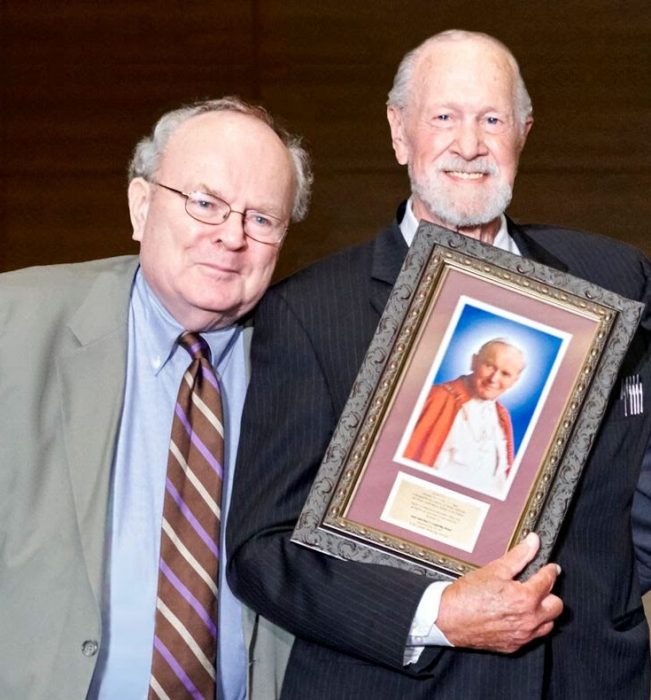 The case dragged on for 28 years, with Brejcha and the Scheidlers ultimately coming out victorious. The Supreme Court, which then included numerous justices appointed by pro-abortion president Bill Clinton, decided unanimously in favor of the Scheidlers. Andrew Bath, executive vice president and general counsel for the Thomas More Society, as well as a member of the board of directors for the Catholic Bar Association, also spoke to Live Action News. “Just the audacity of a man, to think that he could stand alone like David against the giant Goliath, the abortion industry, and take on a case by himself that ended up lasting 28 years, went to the 7th Circuit Court of Appeals four times and the United States Supreme Court three times, and to imagine somebody like Tom surviving it, much less actually winning it, is astounding,” Bath said. “But he prevailed. That showed courage, and loyalty to his client, and it’s a story of just, great faith.”

“That period of years, I called it a pilgrimage through the valley of the shadow of death,” Brejcha said. Because of the trial, Brejcha founded what was originally called the Pro-Life Law Center, and after the trial ended, he attempted to have the organization incorporated. “The powers-that-be would not accept the name, the Pro-Life Law Center,” Brejcha recalled. “So we became the Thomas More Society, and we were incorporated November 9, 1998.” 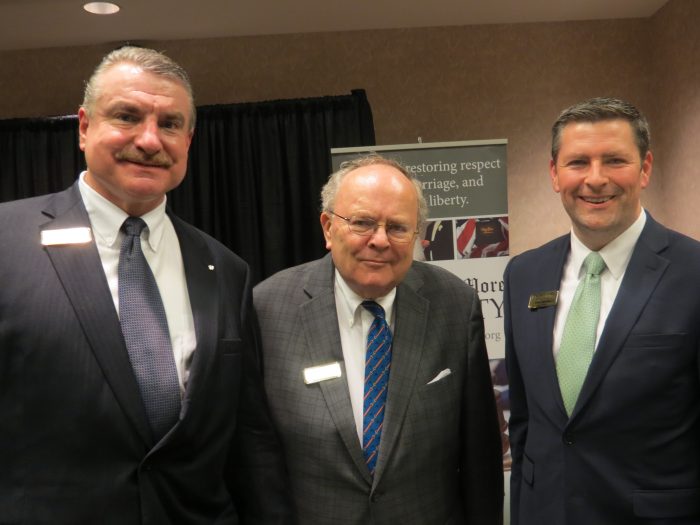 “Ann Scheidler suggested the name,” Brejcha explained. “It inspires and sustains us, as well as identifies us. He’s God’s good servant, as we all are, and we’re the king’s good servant, but God’s first. … It’s a point of pride with us, and a point of emphasis, that what we do is not at all at odds with American values, but resonates perfectly with them. The Declaration of Independence proclaims that there are inalienable rights granted by the Creator, and they include life, liberty, and the pursuit of happiness, which expresses the thrust of our advocacy.”

The Scheidler case took over his professional life, but he refused to give up, and found new purpose in it. “How could we have given up? It would have been an utter surrender,” Brejcha said. The Scheidlers were facing the loss of their home, and had to stand against the entire abortion industry alone. “If they had prevailed with their claim, it would have neutered pro-life activism and street protests,” Brejcha explained. “40 Days for Life would have had a hard time getting off the ground if being outside an abortion provider translated into a threat as a matter of law. That’s what the opposition is still trying to scream about. And it was the NOW v. Scheidler case that repulsed that idea.”

The battles fought in that case helped prepare the Thomas More Society for the cases they would try in the future. “Over 28 years, you pick up a few tricks and you get to know the ropes a little bit,” Brejcha joked. “We know how to deal with the opposition.” He also said that, thanks to this case, he learned to be aggressive. “We found that a lot of pro-lifers, when they go into court, suddenly feel on the defensive, and they clam up, and the opposite is the best way to proceed,” Brejcha said. “The opposition likes to think that because of Roe v. Wade and Pennsylvania v. Casey that somehow, the law is absolutely settled, and of course it is not absolutely settled. There is much to be said for our side, and what must be said should be said with pride and gusto in court. We shouldn’t be ashamed.”

Since winning the Scheidler case, the Thomas More Society has gone on to defend many more pro-life groups, including 40 Days for Life, Sidewalk Advocates for Life, Hobby Lobby, the Little Sisters of the Poor, Live Action, and now, David Daleiden and the Center for Medical Progress. “It can’t be overstated how important this advocacy is,” Brejcha said.

The group has branches in Omaha, St. Louis, California, and New York and seeks to cultivate legal talent in young lawyers, to continue to grow and serve as they’re needed. “The Thomas More Society is a reflection of the courage and audacity of its founder, Tom Brejcha,” Bath said. “Tom will find a way to win. Tom has changed the face of sidewalk activism in this country, and preserved free speech rights in this country.” 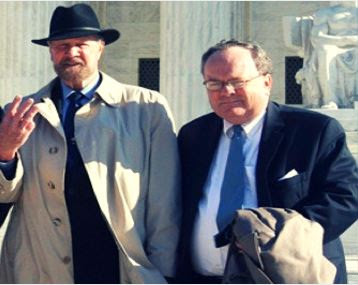 As for the biggest obstacle the pro-life movement is facing? “I think it’s the mindset of so many in society have, that this [abortion] is a given that can’t be changed, that it’s an ironclad reality,” Brejcha said. “It’s also a mindset of many pro-life people, that odds are so stacked against us that we’ll never prevail, that what we’re doing is only a drop in the bucket. But I don’t think so. I think many minds are changing. We should not hold back…. Keep at it, no matter what the response.”