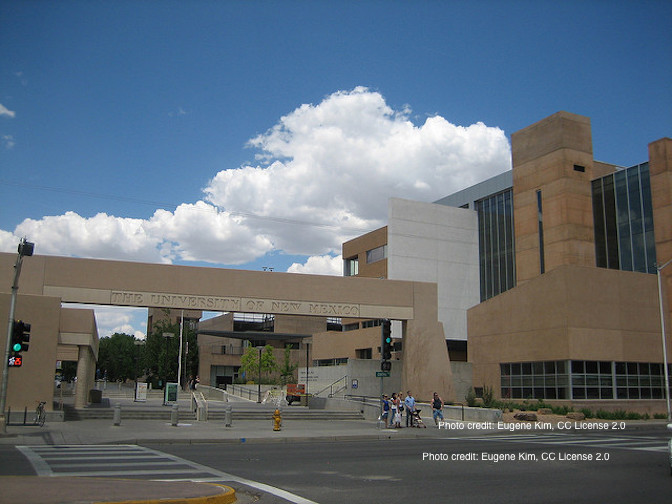 The Albuquerque Journal Editorial Board authored a firm editorial last week criticizing the University of New Mexico Health Science Center for its work on fetal tissue research, as well as its blasé attitude about using dead babies in its lab work. The paper blasts the lab for its lack of respect, as well as some of its practices that the board deems “inappropriate at best and barbaric at worst.”

The editorial begins with harsh words for the university’s health science center:

Respect for fetal tissue harvested from pregnant women during abortion procedures apparently was in short supply in the minds of some of those involved in research at the University of New Mexico Health Sciences Center.

The editorial comes partly in response to the findings of the House Select Panel on Infant Lives investigation that includes findings from the university. In particular, the board is troubled by the procurement notebook that details the acquisition of baby brains, a pancreas, and other body parts, as if the lab were acquiring toys for a toy drive. The board writes about the casual and inappropriate attitude of a lab assistant who wrote notes like “whoo hoo!!” upon acquiring a whole fetal pancreas, and a “frowny face” for one that was not intact. The acquisitions were parts of the “summer camp” program which also provided whole brains for high school students to dissect.

In a notation on May 24, 2012, a lab assistant wrote “Asked clinic for digoxin treated tissue 24-28 wks. for methylation study & because (redacted) wants whole, fixed brains to dissect w/summer camp students.” Note: Although it has no basis in law to do so, UNM is refusing to reveal the names of those involved, citing safety concerns.

It’s interesting that the study appeared to be related to the abortion itself. Digoxin is a heart medication that is sometimes injected into amniotic fluid or a fetus to cause the fetus to die before an abortion is performed. A methylation study looks for gene activation in human tissue samples.

The university has withheld the names of doctors involved in the fetal tissue research, but the New Mexico Alliance for Life has detailed some of the players in its investigations, such as this study on methylation, this aorta study using fetal tissue, and this study using aborted babies’ eyes. Late-term abortionist Curtis Boyd’s abortion facility is the supplier of fetal tissue to UNM, and NMAFL has detailed his employment at the university as well.

The newspaper, which recently published a news story about the procurement notebook, also had harsh words to say about the dissection of fetal brain tissue with children present, noting that UNM leadership used the title “Neuroscience Summer Experience” to explain why faculty members were ready to dissect those whole fetal brains in front of children. The paper writes:

[S]omehow trying to draw a distinction between that and the term “summer camp” – is inappropriate at best and barbaric at worst.

The editorial further suggests that the university is playing words games about its sponsorship of the program. The university says that the summer camp, operated  by the Office of Diversity’s Dream Makers, and the Mind Research Network, an independent research organization located at UNM, didn’t actually “sponsor” the camp. The camp, however, was led by UNM faculty in 2012 and 2014. The paper writes:

The editorial concludes by saying that the university is blatantly ignoring the law when it comes to public records, noting that New Mexico Alliance for Life has repeatedly filed public records request. The paper says the university continues to “stonewall” these requests.

The procurement notebook is one of many documents recovered by the House Select Panel, which has opened the door to widespread criticism of the university and its physicians and researchers. Now it’s own city newspaper is questioning the university practices, but it remains to be seen if the university will respond in a timely and appropriate manner.