Just last week, members of Congress — concerned that the FDA’s decision was based on politics instead of safety — asked the FDA to show the scientific evidence it used to justify loosening the guidelines for such a dangerous drug.

See the new video, uploaded this morning, and the LIVE Facebook reactions to it: 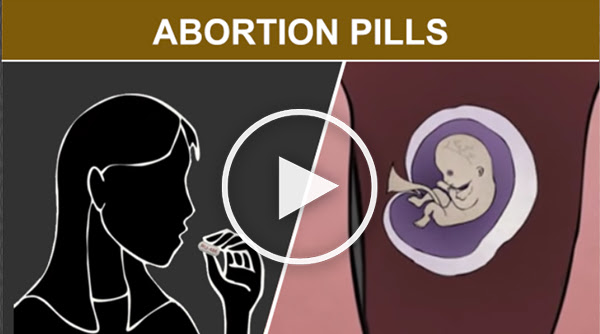 In this new video, Dr. Anthony Levatino, an OB/GYN who performed over 1200 abortions, uses medically accurate animations inside the womb to show how an RU-486 abortion slowly starves a baby to death over a period of days. He also details how developed the baby is at this early stage and the pill’s potentially dangerous effects on the mother.

“Despite the euphemisms that the abortion industry uses to dehumanize them, these children aren’t just ‘clumps of cells.’  At 10 weeks, a baby has arms and legs, and she can suck her tiny little thumb, open and close her jaw, stretch, and even sigh,” said Lila Rose, president and founder of Live Action.

Rose added, “Contrary to what the abortion industry tells women, chemical abortion isn’t a simple set of pills that make a pregnancy magically disappear.  An RU-486 abortion cuts off blood and nutrients to the growing preborn baby, slowly starving her inside the mother’s womb.  Then the mother takes another drug that causes intense contractions and heavy bleeding to force her dead baby from her womb.  She’s usually laboring at home without any medical supervision.”

While the FDA’s expansion of RU-486’s use from seven weeks of pregnancy to 10 weeks is sure to increase the abortion industry’s clientele, according to the FDA’s own numbers, it also guarantees TRIPLE the drug’s failure rate of the old seven-week limit (see Table 4 on page 13 of link).  This will inevitably lead to more women being subjected to two abortions, as abortionists must then perform follow-up surgical abortions to complete the procedure.

“This latest FDA move isn’t about making things better for women, but about President Obama paying back an industry that has given him millions in campaign contributions and now wants something in return,” Rose concluded.

Live Action’s “Abortion Procedures” project is the first time ever the public has been able to see what happens during an abortion using the guidance of a former abortionist and medical animations inside the womb.  Each four-minute video features former abortionist Dr. Anthony Levatino using medically accurate animations to describe the four most prevalent abortion procedures.

The “Abortion Procedures” videos are hosted at AbortionProcedures.com.