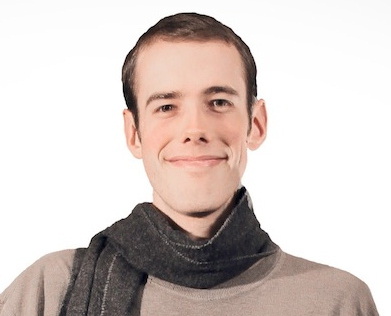 It was torturous, yet he clung to it. Isn’t it an ironic thing in our human lives (and yes, in our very humanness), that we so resent hurt and bitterness and being wounded, yet cling to it, wishing it would end, but unwilling to let it go? Isn’t it ironic how fickle we can be in knowing there’s a way out, a way to let it all go, but to instead refuse to let it out of our clutches?  –Excerpt from My Mom Chose Death

Today I have the privilege of introducing you to a young man and to the novel that he wrote, My Mom Chose Death. Chad Stembridge is currently 22 years old, but he wrote this pro-life novel when he was only 18. The book is masterfully and tastefully written, and I enjoyed every page, reading it through in just one sitting. I would highly recommend that you take a journey through these pages and learn about forgiveness and the sacredness of life. (Paperback and Kindle editions are available here, and the iPad version is available here. I’m not going to give a synopsis of the book, as I don’t want to spoil it for anyone, but I will share with you an interview I conducted with Chad.)  He is an example of the pro-life youth that are leading our generation in the fight to end abortion.

Q: Chad, what is your passion in life?
A: One of the big passions in my life is to tell stories, through both writing and filmmaking. Storytelling done well is a powerful way to communicate truth. It’s my goal to continually learn and grow in that skill. And the underlying passion beneath it all is my desire to know, experience, and live for my Savior, Jesus Christ.

Q: What do you hope people will take away from your book?
A: My Mom Chose Death is about the beauty and sacredness of life, no matter the age. I really hope that after reading it, people become more aware of the specialness of life around them. It doesn’t matter if a life is two days after conception or a hundred years old; every human has been wonderfully created by God. That’s an amazing fact that doesn’t change with circumstances.

Q: What was your inspiration for writing the book?
A: The inspiration for this book actually came from a short screenplay I wrote in the summer of 2008. It was about a man with Asperger’s syndrome who discovers that he had survived an abortion. In November of 2008, I decided to participate in my second National Novel Writing Month – an event where the goal is to write a 50,000-plus-word novel in a month. I needed a story, and I thought that the screenplay would be great to expand, so it became the loose blueprint from which I based the book.

Q: Why did you choose to write on the subject of abortion?
A: I didn’t specifically set out to write on the subject of abortion; it was just part of the story at first. But the time frame in which I was writing and editing it became very interesting. With the election of Barack Obama to the presidency in November of 2008, there was quite a bit of concern over the possibility of the Freedom of Choice Act (FOCA) being reintroduced into congress. FOCA would effectively undo all the pro-life movement’s positive work from the past couple decades.

By the time I finally released the book (a year and a half later), things had settled down with FOCA. The battle against abortion still has a long way to go, though. It’s a battle that starts in the heart of the individual, and I hope my book can help with that.

Q: What did God teach you while writing this book?
A: Persistence was probably one thing God taught me while I was writing the book, especially during the editing phase. The easy part was writing the story; the hard part was slogging through everything that needed to be fixed. Looking back at my journal from that time in my life, God was also beginning to take me through the learning process of letting go of my own life and trusting Him for everything. That’s been an ongoing lesson over the past few years. God has even used bits of the story from My Mom Chose Death to get my attention and teach me through some things.

Q: Where can people get a copy of your book?
A: There are a couple places people can get the book: Amazon.com has both the paperback and Kindle editions; and for iPad users, it’s available from the iBookstore.