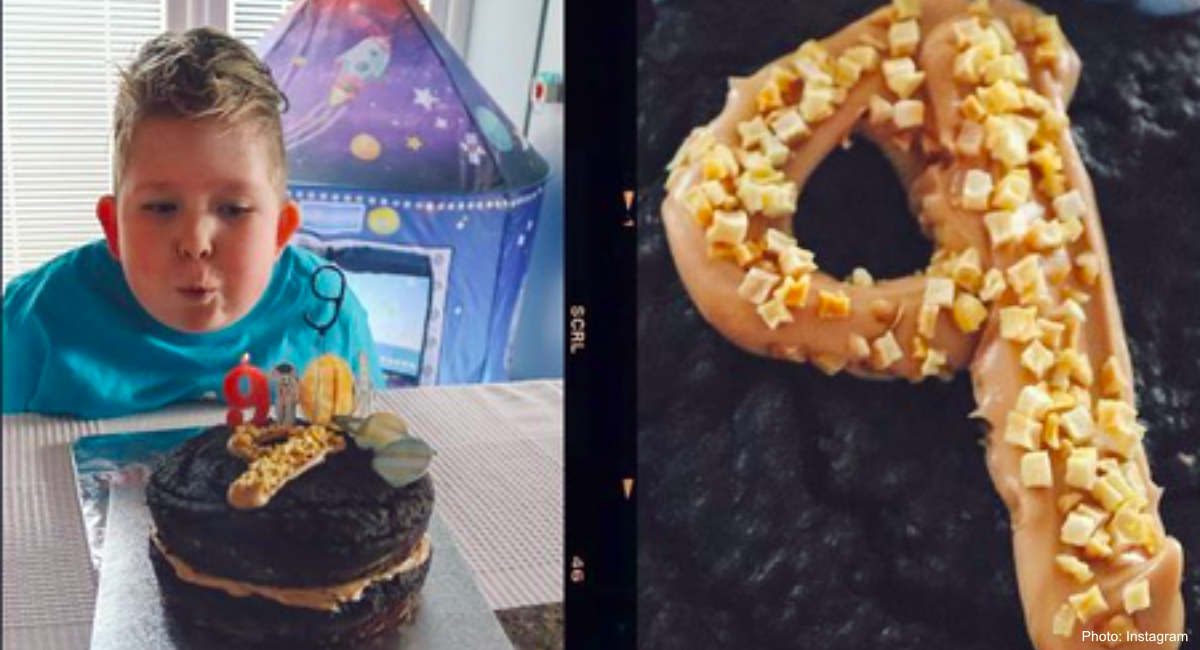 Noah Wall, who was born with only 2% of his brain, has defeated the odds and just celebrated his ninth birthday. The United Kingdom resident was diagnosed with a rare brain condition while in his mother’s womb, and doctors told his parents, Michelle and Rob, that he would most likely never walk, talk, or eat on his own. Today, Noah has 80% of his brain, he surfs and skis, and he aspires to one day be an astronaut.

While in utero, Noah was given the prenatal diagnosis of spina bifida, a spinal cord developmental issue that causes a baby’s spine to form improperly. Additionally, Noah had a porencephalic cyst growing in his head that was preventing the growth of his brain, and another condition known as hydrocephalus, which caused fluids to pool in his brain. Noah’s parents were told their son would be paralyzed from the chest down and would likely be missing a quarter of his brain.

Later in the pregnancy, more dismal diagnoses were pronounced, including the fear that Noah may have Edwards’ syndrome and/or Patau’s syndrome — both rare genetic disorders which usually shorten a child’s life span to under one year. Despite all this — and five different occurrences in which doctors asked if they wanted to abort their son — Noah’s parents embraced his life, not knowing how long he might survive.

READ: Doctors told all of these parents to abort their babies — and all of them beat the odds

On March 6, 2012, Noah was born weighing over nine pounds and breathing on his own. His mother said, “Noah took one life affirming scream when he was born and tears just rolled down my cheeks. It was incredible. It was emotional.”

Now, nine years later, his mother says he “can tell the time, he reads, he does maths, he loves science. He can talk about the solar system. He has incredible dreams and even more incredible knowledge.”

Noah said of celebrating his ninth birthday, “I love having people around on my birthday.”

His mother said, “It’s been an absolute joy to see him grow up and see him become the unique boy that he is.”

Noah’s story is a testament to human resilience and to the fact that prenatal testing should never be used to discriminate against a human being or to eliminate them before birth. Noah’s life is a happy one, all because his parents said “yes” to life.