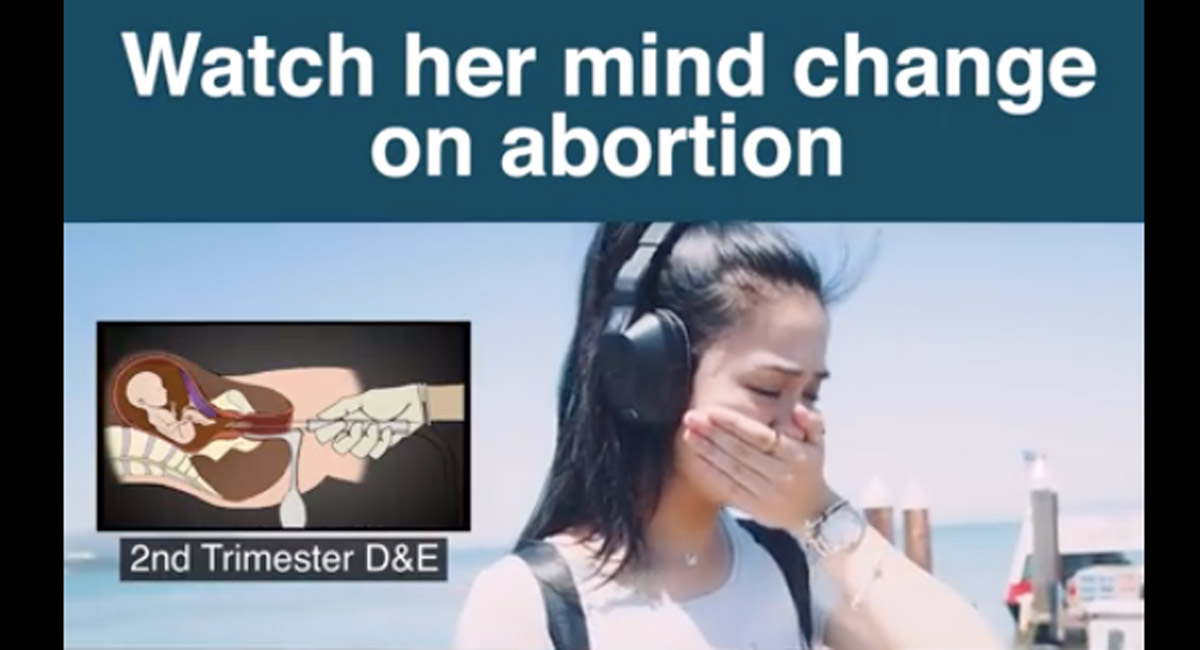 Many people who describe themselves as pro-choice do so reflexively. After all, the surface arguments of a “right to choose” and “bodily autonomy” seem persuasive. But when these two women discovered the cruel reality of abortion in Live Action’s “man on the street”-style interviews, they were profoundly changed.

“There are times when you do need abortion,” says a woman in one of two new videos released by Live Action. “It’s up to that person and their rights and what they want to do.”

Another woman in a second video says, “As a girl, if I were in that situation, if something were to happen to me without my consent […] in the moment, I don’t know what I would do, but I would definitely feel like the woman definitely had a choice in what she does with her child.”

Then, both women in these videos confront the reality of abortion as they see former abortionist Dr. Anthony Levatino describe a second trimester D&E abortion, with accompanying 2D animation to illustrate his description. Though most abortions are committed in the first trimester, second trimester procedures happen with alarming frequency. The procedure is described in clinical terms in the video, and no graphic photos are shown. See that video below:

In the first video, the young woman was surprised by what she learned. “I personally thought that, you know, at that moment a woman really does have a choice,” she said. But she found it hard to distance herself from the cruel reality of the procedure being done on another human person: “It’s just crazy because this little infant fetus that’s inside a woman is definitely alive, and I didn’t know it was that cruel and crazy.” See that video below:

The woman in the second video was visibly shaken and crying. “I didn’t know that you’d have to detach and crush, and the process it goes through,” she said. “There’s so many options apart from abortion, and I know […] why you might want an abortion, but there’s always other — another option. And you just gotta suck it up because it’s a life.” She also saw the contradiction of a violent solution to violence, such that she even said she would not support abortion in cases of rape: “You can always put your child up for adoption. There’s always another option.”

The reality of abortion should not be hidden, she said: “I would definitely say that people should watch more of these videos, and kind of get educated on the topic.” The videos, she said, should be shown to people besides women considering abortion, but to everyone: “I would definitely show the younger teenagers, you know, male/female both because it pertains to everyone.”