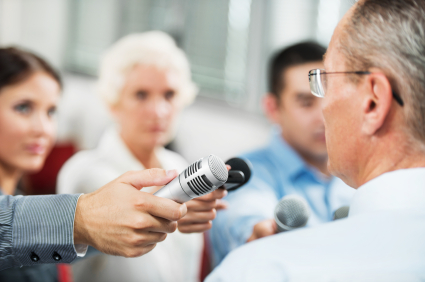 That life is a gift from God is not a controversial statement. Who is trying to change that?

I struggled with it myself for a long time, but I came to realize life is that gift from God.  And I think even when life begins in that horrible situation of rape, that it is something that God intended to happen.

The above quote is from Richard Mourdock, Republican candidate from Indiana running for the U.S. Senate. That quote in the hands of the mainstream media has been twisted to suggest that Mourdock might think that God intends for rapes to happen.

Today, Fox News released an opinion piece by Dan Gainor pointing out the glaring bias we have seen with the media this election, particularly in the area of pro-life statements made by conservative candidates. While the entire piece is worth reading, here are some of the highlights.

What was it that made the statement that life is a gift from God, regardless of how the life began, controversial? Gainor suggests that it was, in fact, the media:

Only the news media made Mourdock’s comment controversial. It’s not inherently controversial to say an unborn baby is a life that must be preserved. Half of all Americans are pro-life and the pro-abortion numbers are plummeting.

The deeper problem may be that the mainstream media does not identify with what is at the heart of the pro-life movement – protecting innocent life:

The news media have almost no understanding of faith and even less grasp of the pro-life movement. No one running for office on left or right is “pro-rape,” but those who respect life especially respect innocent life. That even means life resulting from something as “horrible” as rape.

The media leave the abortion debate almost entirely in the hands of the left. Liberals are seldom made to defend their extreme positions. Only conservatives have to do that. Meanwhile, journalists who wail every time a tree is cut down or a polar bear is threatened couldn’t care less about the loss of human babies.

The New York Times and the Washington Post have both published almost 100 articles referencing both the GOP and rape within the last three months. A 1995 study shows that 97 percent of the media elite “agreed that ‘it is a woman’s right to decide whether or not to have an abortion,’ and five out of six (84 percent) agreed strongly.” That means that out of every 100 of the media elite, 84 strongly believe in abortion, and 13 believe in abortion (although not as strongly), which leaves only 3 who do not believe in abortion. Gainor suggests that “[b]ased on news coverage of the issue, those [1995] numbers remain constant.”