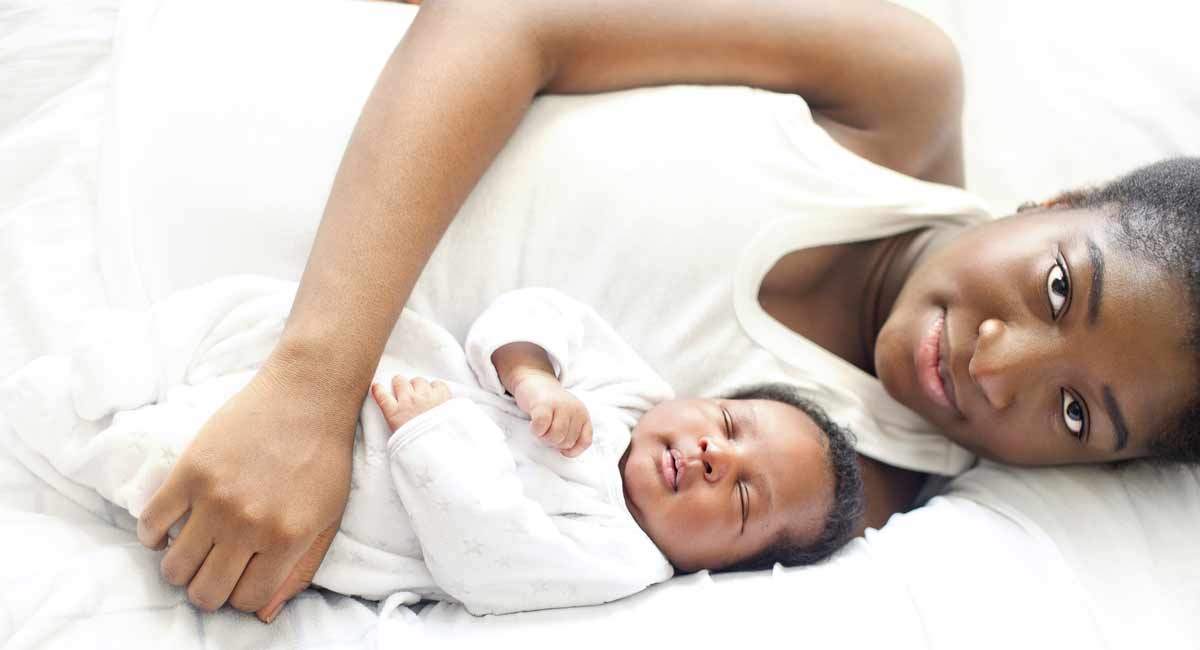 On Twitter, a user who claimed to be a public defender took to the social media platform, pointing out a case she was trying in which a mother of two was being threatened with 15 days jail time after a minor theft. She noted, “Bronx DA is only offering 15 days jail on a case I have where the client is accused of stealing some ice cream and detergent from a grocery story. The statement she made to the police was: “I am a mom and my kids are hungry.”

While the details of the case aren’t known, most people were immediately outraged at the seeming injustice of the situation. Others, however, took a different approach. Rather than decrying the alleged heavy-handed prosecution of a woman in poverty, or even the potential willingness of a criminal to go to jail over something minor, some instead turned it into a discussion of abortion. This situation, incredibly, somehow “proves” that women need abortion — because women living in such poverty apparently shouldn’t be having children: 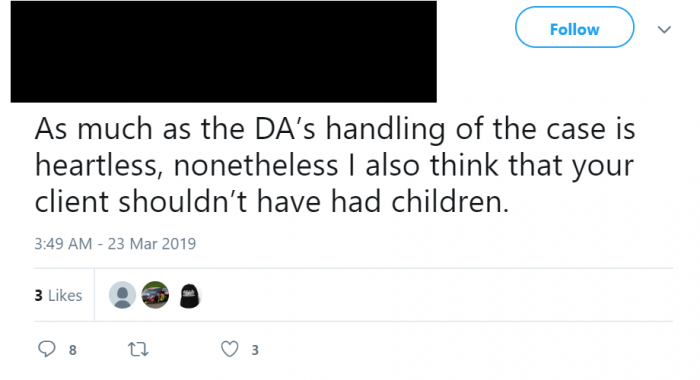 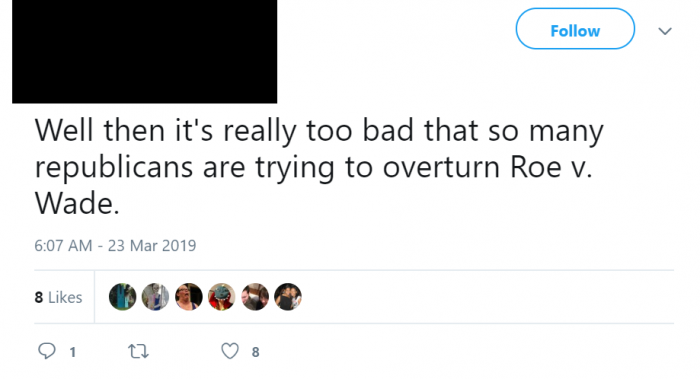 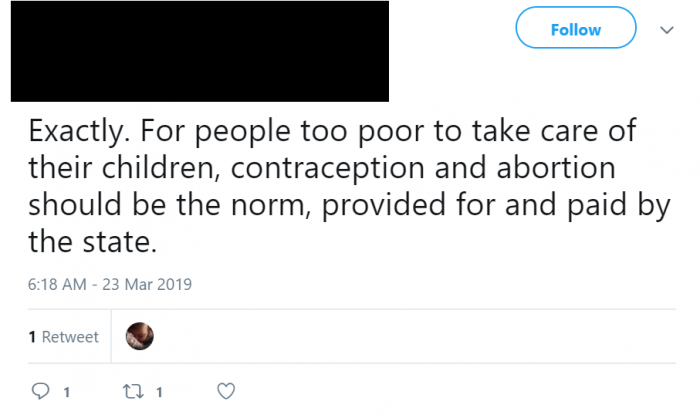 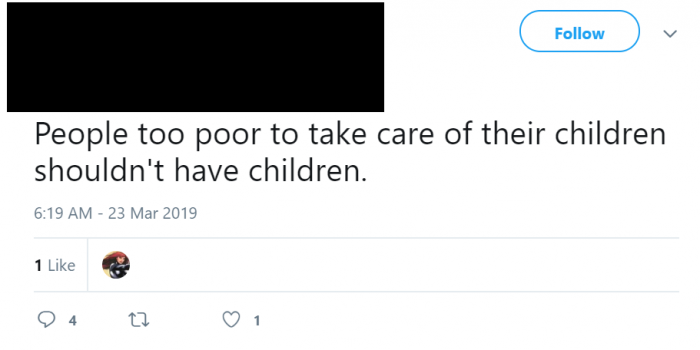 For these people, the answer to the situation of a woman being taken away from her children due to a petty crime isn’t criminal justice reform, or to work on empowering communities so women living in poverty or in high-crime neighborhoods don’t feel they have to resort to crime, either because of their circumstances or their upbringing. No, the answer is merely to make sure that women living in these situations get an abortion as soon as they get pregnant — because when they inevitably find themselves arrested for committing a crime, they won’t be leaving children behind, motherless.

The argument is born out of racism, hatred of people living in poverty, and misogyny. And it’s an argument born out of attitudes forwarded by Margaret Sanger, founder of Planned Parenthood, the nation’s largest abortion chain.

Sanger was an open eugenicist and forced sterilization/birth control advocate, who didn’t want people who she decided were “undesirables” to breed. The people who she deemed undeserving of life were people who were disabled or poor, and this included many minorities.

A documentary on eugenics called Maafa 21 featured Sanger and her friends in the eugenics movement, sharing how some of them even wanted to put birth control in the drinking water of impoverished neighborhoods, so the poor would be prevented from conceiving children — against their will.

When it came to helping women living in poverty, Sanger wasn’t interested. “Organized charity itself is the symptom of a malignant social disease,” she wrote in her book Pivot of Civilization. “Instead of decreasing and aiming to eliminate the stocks [of people] that are most detrimental to the future of the race and the world, it tends to render them to a menacing degree dominant.”

She then continued, “It encourages the healthier and more normal sections of the world to shoulder the burden of unthinking and indiscriminate fecundity of others; which brings with it, as I think the reader must agree, a dead weight of human waste.”

In the same book, she argued that some human beings shouldn’t have been born at all, and complained that people like her had to pay for these “undesirables.” It even seems that she supported infanticide, famously saying, “The most merciful thing that the large family does to one of its infant members is to kill it.”

She worked with other eugenicists to launch her “Negro Project,” and even spoke to the Ku Klux Klan. In a letter, she outlined in plain words what her goals were.

As these tweets show, Margaret Sanger’s despicable views are still alive and well. Not only that, but they’re thriving — thanks to the very abortion industry that she herself built.

Women continue to face the same injustices they did 150 years ago, and it’s the abortion industry that helps perpetuate those injustices. Women are still discriminated against in schools and the workplace if they are pregnant or parenting. Women living in poverty still struggle to raise their children, and if they become pregnant again, society tells them they can’t have another baby. Threats, violence, abuse, coercion — all of this likewise goes hand-in-hand with abortion. And abortion, as abortionists themselves admit, solves absolutely none of these problems.

Yet misogynists continue to claim that women need abortion. Maybe a woman is in college, or is worried about being fired, or is a mother of several children living in poverty so desperate for food that she resorts to stealing. It’s much easier to tell these mothers to just kill their children than it is to address these issues, isn’t it? One act of violence, and the burden is off the rest of us to solve these problems. But the truth is, abortion does not stop women from living in desperation and fear. It does not make them more successful in school or in the workplace. And it does not make women “more equal” to men — they’re already equal.

Abortion is not the answer to women’s suffering. It is a symptom.