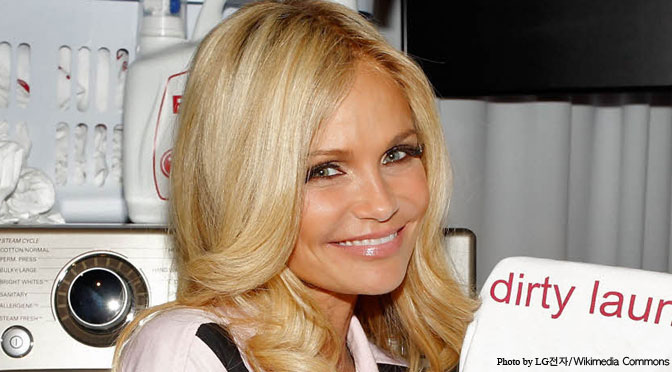 Tony and Emmy Award-winning actress Kristin Chenoweth spoke about the pro-life message of her newest movie, “A Christmas Love Story,” a new movie for the Hallmark Channel. It features a powerful adoption scene, where someone meets their birth mother for the first time, and Chenoweth said it was inspired by her own real-life experience.

In a Facebook Live interview with Denise Albert of “The Moms,” she explained why this scene meant so much to her. “That scene happened to me,” she said, explaining that it took many takes with “ugly crying” to get through it. “I am adopted and I had this virtual same conversation with my birth mom.”

“I remember her saying to me, ‘Can you ever forgive me?’” she continued. “And I was like, ‘There’s nothing to forgive. You gave me such a great life.’ I got the right parents.’ Anyway, that scene is very special to me because we developed it around exactly what happened in my life.”

She also explained that it had meaning for both of her mothers: the mother who gave her life, and the mother who raised her. “As I watch it, I watch my mom — my mom who raised me, Judy, and then I watch my Mama Lynn,” she said, adding. “How lucky am I to have two women who did that. So one gave me life, and I talk about it, because it’s been coming up because of the movie, and one gave me a life, a chance. So both are my angels.”

This isn’t the first time Chenoweth has spoken about the positive effect adoption has had on her life, calling it a “full circle blessing” in 2015, before she had met her birth mother. At the time, she said, “If anything, I would thank my birth mother for loving me enough to make such a huge sacrifice. It’s a great gift for me to be able to say: ‘I know that I came from love, and I know that I have love.'”

There’s no question that placing a child for adoption is arguably one of the most difficult decisions a mother can make, and it’s an enormous sacrifice. But it’s a heroic sacrifice made out of love, and one that should be celebrated. As a country, we should do everything possible for mothers experiencing unplanned pregnancies to be empowered to raise their children — but we should also have respect and compassion for those who feel they can’t, and make the choice to give their preborn children a chance at life despite this.