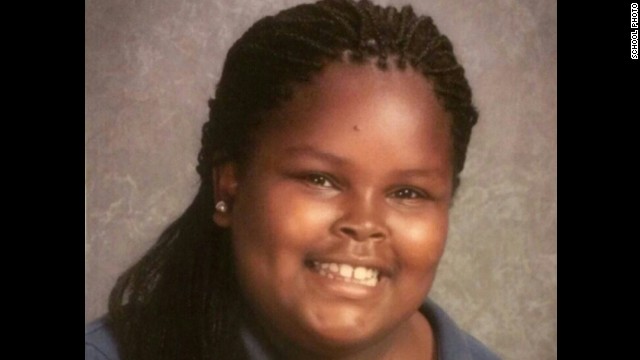 Jahi McMath, the teenager who ignited a nationwide controversy after California doctors tried to remove her from life support against her mother’s will, died from excessive bleeding and liver failure on June 22nd after undergoing surgery in New Jersey to treat an intestinal problem.

In 2013, Jahi underwent a throat surgery, and initially, was awake and talking afterwards. But she soon went into cardiac arrest. Her doctors declared her brain-dead, and urged Jahi’s mother to remove all life support, and allow Jahi to die. But her mother, Latasha “Nailah” Winkfield, refused, and thus kicked off a court battle with the hospital. In court, doctors testified that Jahi had irreversible brain damage, and that if she was allowed to remain on life support, her body would deteriorate. An independent physician from Stanford University agreed with that diagnosis, and the judge ruled that Jahi was legally dead. A death certificate was issued.

The battle was not yet over, though; in a settlement, Winkfield received custody of Jahi, who was still on life support. Jahi was transported to a hospital in New Jersey, and then was released to her mother’s care. Jahi’s body never did deteriorate; she complied with simple demands, although sometimes slowly. She needed blankets to maintain her body temperature, but otherwise, she was healthy, apart from a seemingly severe neurological disability. She even had a menstrual cycle. She was able to receive nutrition from a gastronomy feeding tube, nutrition which doctors said her body would not be able to tolerate and absorb. In the years since she was released to her mother’s care, Jahi lived in an apartment with nothing more than a ventilator, hormone supplementation and nutrition, and nursing care.

Winkfield’s battle for Jahi isn’t over yet, though; now, she wants the prior death certificate revoked and a new one issued, with Jahi’s correct date of death.

Jahi’s life, court battle, and death have opened up a huge debate over the nature of living and dying. Is brain death true death? And is severe brain damage reversible? New researchs suggests it may be; a groundbreaking case in France found a man in a persistent vegetative state whose brain function was able to be restored through vagus nerve stimulation (VNS). The man is now able to follow simple commands, expresses surprise, and has an improved attention span. Tests confirmed his improved brain function, specifically in movement, sensation, and awareness, as well as an increase in metabolic activity in the cortical and subcortical regions. Researchers are now planning larger studies to see if VNS can help more people. And while it’s not clear if this can help people like Jahi McMath, it does show that medicine is advancing rapidly — and as it does, it becomes more immoral to give up on Jahi and people like her.