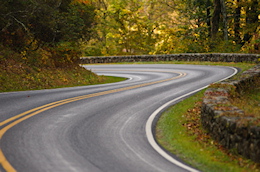 Today was my last day at the abortuary on Commonwealth Drive, around the corner from the Pregnancy Center in Charlottesville, Virginia.

This particular abortion clinic had fallen under the radar and had been ignored for far too long, until this year. Even the accountant who lives next door was shocked to see pro-lifers standing vigil. I thought it was going to be an uneventful final day where I would get to say goodbye to all the wonderful pro-lifers who have been sacrificing their Wednesday evenings to defend the unborn and be a living example of God’s never ending love to mothers and fathers in need of spiritual rescue. I saw many familiar faces and some new faces were there. I was glad to see them all, but sad that it was going to be the last time.

It turned out to be the busiest day I had ever seen at the Commonwealth abortuary.  The cars kept coming and coming. Most of the pro-life volunteers were in the driveway ministering to their spiritual brothers and sisters that were there to abort their babies. A few other pro-lifers were standing on the sidewalk in front of the abortion clinic holding signs and I decided to join them.

After standing there for a while, a car pulled over and a young man jumped out. It was dark, but I recognized his voice before I saw his face. This young man had been sighted at a local Planned Parenthood a few times during the 40 Days for Life campaign, but I’d never seen him at the Commonwealth abortion clinic. He was known by local pro-lifers as the guy who showed up at the Hour of Power prayer vigil and walked up and down the road yelling at the people standing vigil, until the police were eventually called and he reluctantly left.

On another occasion, he rolled down his window and yelled for us to go home, as he drove past the Planned Parenthood. One of the pro-lifers yelled back that God loved him and that he needed to start fearing Him. It was obvious that God was working on this guy during all of this and this became evident on the day he showed up at Commonwealth. He seemed different.  This wasn’t the same young man we had encountered so many times in front of Planned Parenthood.

As we spoke with him, he began to tell us about a recent telephone conversation he had with a female friend in Philadelphia and the topic of abortion came up. In the middle of the conversation with his friend, he began to cry uncontrollably. He said that at first he didn’t know why he was crying; after all, he believed in a woman’s right to choose and had been verbally jousting with us on that very topic for months. But, he said that it was at that moment that he suddenly realized that it was wrong for these women to abandon their babies.

He went on to talk to us about the Apostle Paul and how he could identify with that story. He said just as Saul cheered as Stephen was stoned, he had been stoning us with his words and hateful actions toward us.  And then he quoted the words that Steven spoke, shortly before his death saying, “Father do not hold this sin against them.”

The young man said part of the reason he hated us was because he misunderstood us. He said he came to his conclusions about us based on television and other unreliable sources. He thought we were trying to judge the people entering the abortuary. This gave us an opportunity to share with him that we were there because God loves the mothers and fathers entering the abortion clinic and that God loves their babies. We also said that it wasn’t about trying to prevent freedom of choice, but it was protecting the right to life of the child and avoiding the dire consequences of sin.

To my surprise he began to weep as he considered his place in the world and what was going to happen to this country because of our sin. As he wiped the tears from his face he said that he knew our sin was going to bring an end to the world. He wept because he understood that sin would interrupt his plans and that he might not live a full life. We agreed with him that sin has consequences, but reassured him that God has already prepared the way, even in times of God’s justice.

It’s true that those who sow the wind will reap the whirlwind, but God has a spiritual cave for his faithful servants. God sends his servants into the world to minister to others and to offer rescue to those in need until the very end of time. God had called us to minister to this young man from the moment he began honking his horn and yelling at us. And long after we had all given up and thrown in the towel, God was still working on him and never gave up. The young man didn’t realize it then, but when he pulled over his car, he was responding to the call of God’s voice; and from that day forward, his life would never be the same.

As I placed my hand on his shoulder and heard his name for the time, I felt joy and sadness. I was happy that he was finally surrendering to God’s plan for his life, but I was sorry that I was leaving just as it was about to take root and grow. I wouldn’t get to see the fruits of God’s ministry in Charlottesville, but hopefully other pro-lifers there will get to see it firsthand and learn from it.

Some of you may have been the ones who loved him when all he was expecting was hate. And many of you prayed for him and your prayers were heard and answered. And still others were standing in front of those clinics, for his eyes to see and his heart to ponder. There are all of the things that changed him. Thanks for being faithful – people, like this young men, recognize God’s servants when they see them. And your constant presence in front of those clinics is a reminder of the choice we must all make every day: who will we serve?