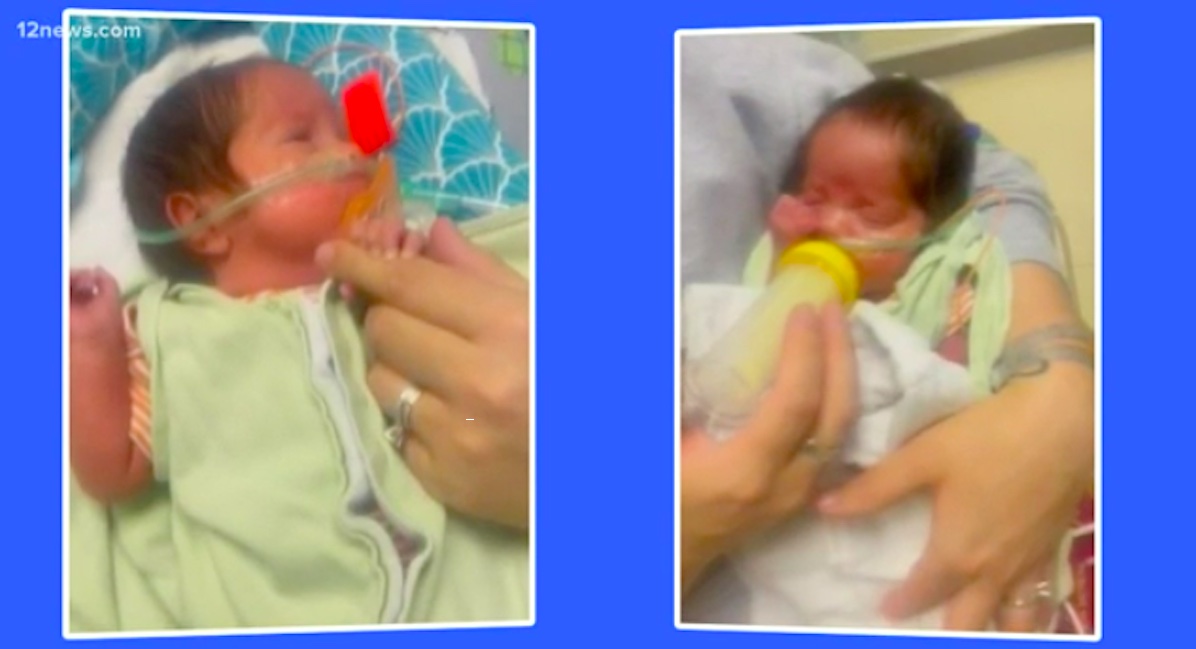 Medical advances for the tiniest babies grow by leaps and bounds all the time, and for identical twin micropreemies from Mesa, Arizona, they’ve had an especially large impact.

Garrett and Carter Lopez were delivered by cesarean section when their mother’s water broke early at 27 weeks. The twins were not expected until late March. Each baby weighed just over two pounds each at delivery. “When the nurse brought them over to me, Garrett fit into her two hands,” said the boys’ mother, Nicole Lopez, to ABC10.

Along with their early birth and tiny size came medical challenges, including a common congenital heart defect called patent ductus arteriosus, or PDA. Most babies have a blood vessel between the heart and the lungs that closes naturally after birth, but it’s not uncommon for that not to happen in very premature babies. Nearly half are born with the defect, which causes breathing issues. “If the PDA doesn’t close, then it puts extra work on the lungs and on the heart. In a premature baby, it can damage the lungs if it’s left long term,” said Dr. Dan Miga, the twins’ pediatric cardiologist.

Just a few years ago, fixing this defect would have involved an open-chest surgery on these fragile babies, as well as a difficult recovery after such an invasive procedure. But now, all that’s required is a tiny incision in a baby’s leg to thread a needle with a tiny device on the end all the way to the site of the defect in the heart. The device will seal the defect, and the whole procedure leaves no scars.

“Basically, no incision. No stitches. Literally no scar. By the next morning, you can’t tell we’ve been there,” Dr. Miga stated. “Medical advancements have given us the ability to treat this birth defect with a minimally invasive procedure that is helping them heal much faster than they otherwise would have,” he told AZ Big Media.

The twins had this procedure and are already recovering well, and are close to breathing on their own. According to their father, George Lopez, Garrett has almost doubled his birth weight. “They’re still recovering, but making good progress,” he said. “They’ve been through a long journey.” The boys are expected to be in the hospital for another month.