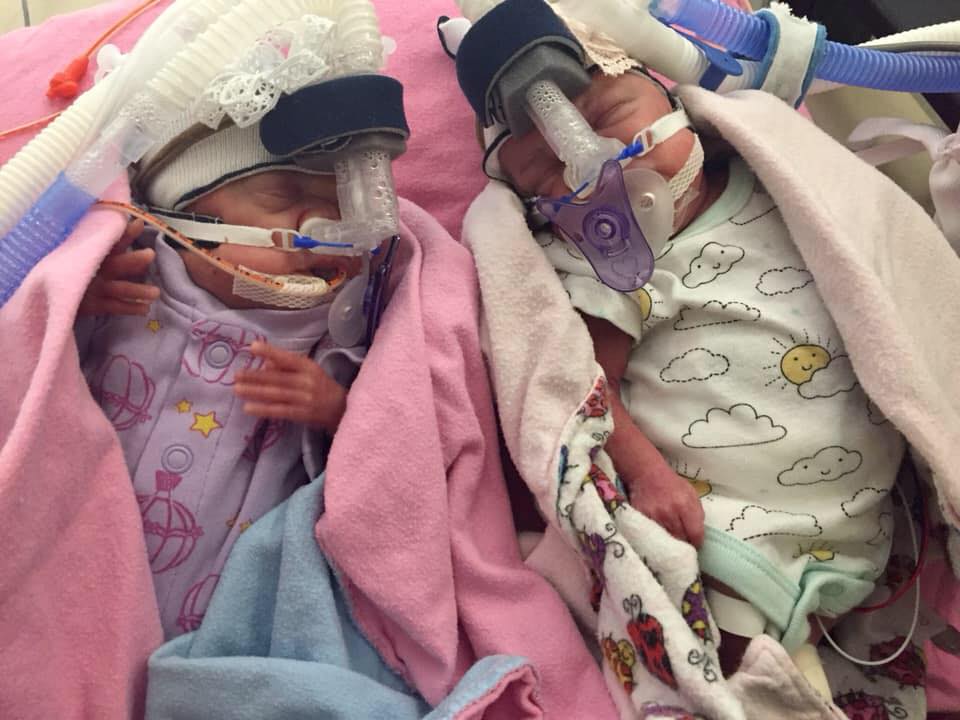 At 21 weeks and five days gestation with her twin baby girls, Kayla Ibarra went into labor. At Windsor hospital, doctors told her that her babies were going to die and there was nothing that could be done about it. But then a doctor she had never seen before stepped in and changed everything.

During her initial exam to see if she was in actual labor, Ibarra stood up and felt her water break. The nurses summoned the on-call doctor who arrived and confirmed that indeed, the water had broken and she was in labor.

“Through my tears, I said, ‘What’s going to happen to my daughters?’ As she was wheeling me back upstairs she said, ‘The babies will be born today and they will die.’ They will die. Tears still swell in my eyes when I speak those words,” Ibarra wrote in an essay for Love What Matters. 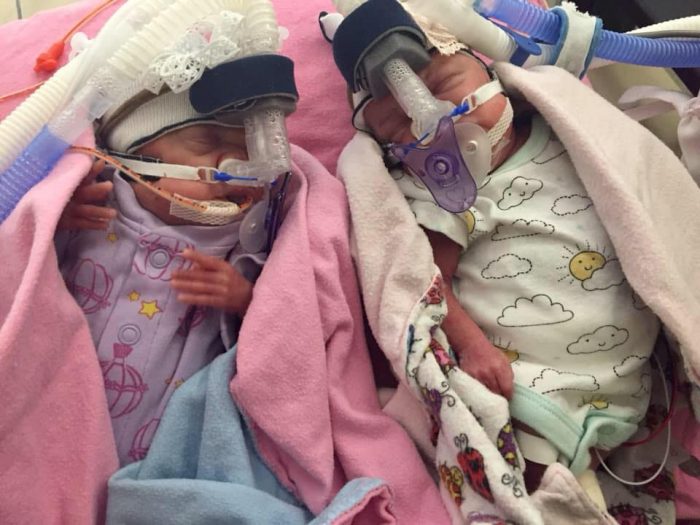 Waiting in her room were her mother-in-law, sisters-in-law, husband, and midwife who were all inquiring about what could be done to stop labor and help the babies.

“Again, she told them, ‘There is nothing that can be done, the twins will be born today and they will die,'” wrote Ibarra. “The way she spoke was so cold and so matter of fact.”

Still, the family rallied and searched for a hospital that might help save the babies. They discovered that Victoria Hospital in London, Ontario would help babies born at 24 weeks. They asked the doctor to call them to see if they would consider taking Ibarra since she was nearly 22 weeks. She refused. Ibarra asked for pain medication but she recalls, “[S]he told me, ‘This is going to be quick. Let’s get it over with.’ I decided to pray, to tell God I was angry.”

As soon as she prayed, the contractions stopped. Still, the doctor told her it would be a “waste of time” to allow her to see the twins or hear their heartbeats. 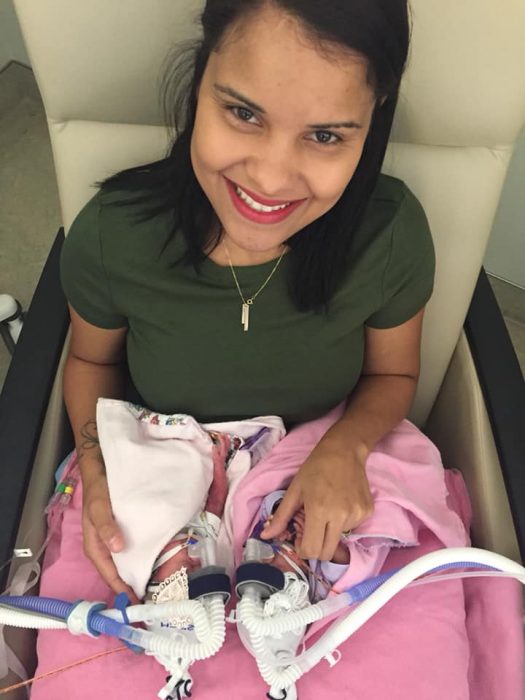 The next morning, the high-risk doctor came to see Ibarra and told her that Baby A’s feet were actually touchable. He warned Ibarra that she could die and said it wasn’t worth the effort to try and save the babies because no hospital would help them unless they were born at a minimum of 23 weeks. He refused to give the babies any medication to help their lungs develop.

“I lay in the hospital bed with on and off labour for 4 days,” wrote Ibarra. “I couldn’t get up to pee or move because every time I did, Baby A would come out a little more. I spent those 4 days in the hospital BEGGING them to call London (refused every single time) and begging them for the medication (denied every single time). I lay there crying, praying, and crying some more.”

Labor began in full force at 22 weeks and two days. Ibarra was confident that she was about to lose her baby girls.

READ: My sons were born breathing at 22 weeks, and the hospital wouldn’t help them 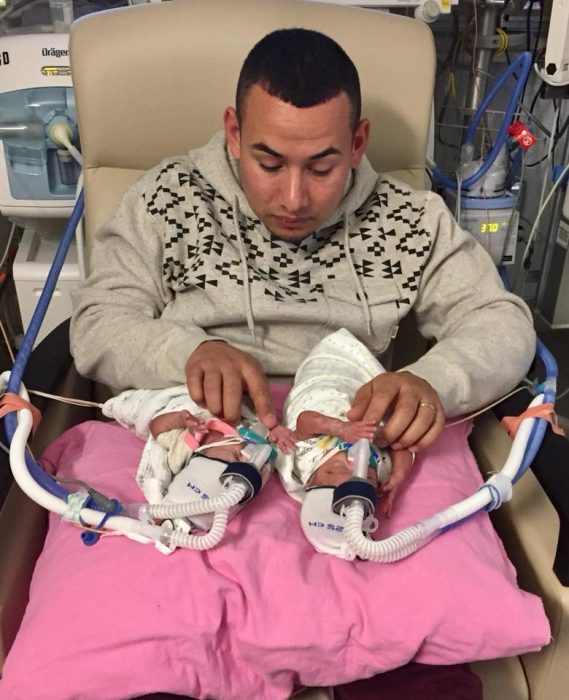 Then a miracle happened. A new doctor walked into the room while the staff was preparing for delivery. This doctor was willing to help, telling her, “Kayla, I read your chart. I know you desire to have these babies saved. I’m going to call surrounding level 3/4 NICU’s and let them decide if they are willing to take you.” Ibarra said she finally felt hope.

“Within 15 minutes, he was back in my room, coat on, and said: ‘TWO hospitals agreed to take you, we’re going to London and I’m coming with you!’ We were gone within seconds,” said Ibarra.

Once at London, it was discovered that Ibarra’s oxygen was low and she had pneumonia. Not only were her babies at risk of dying, but so was she. A neonatologist advised her to let the babies die, but Ibarra told her, “DO YOUR DAMN JOB AND SAVE MY DAUGHTERS.”

As labor progressed it was discovered that Baby A’s water was actually intact. She was born weighing 14 ounces and was kicking and crying. Shortly after Luna’s birth, her sister Ema was born weighing one pound.

“They were here! They were alive. They were stable!!!” said Ibarra. The twins spent 115 days in the NICU and went home with their parents and their big brother completely healthy. They are now happy one-year-olds who show no signs of having been born at just 22 weeks. Their parents are now on a mission to raise awareness for babies born so young as their daughters are proof that babies this premature can beat the odds and survive when parents and doctors are willing to fight for them.

Thanks to Luna and Ema, doctors at Victoria Hospital will be treating future 22-weekers differently. In a Facebook post, Ibarra recalls what a doctor said on day 65 of the girls’ NICU stay:

Dr’s, team & nurse: ‘The girls really have changed the way we view micropreemies here and in particular 22 weekers. It’s because of them that we have put certain protocols in place when dealing with micros and we have learned so much do’s and don’t’s from the girls. They have taught us so much and because of them, other 22 weekers will have the chance in our hospital. You did that, the girls did that.’ 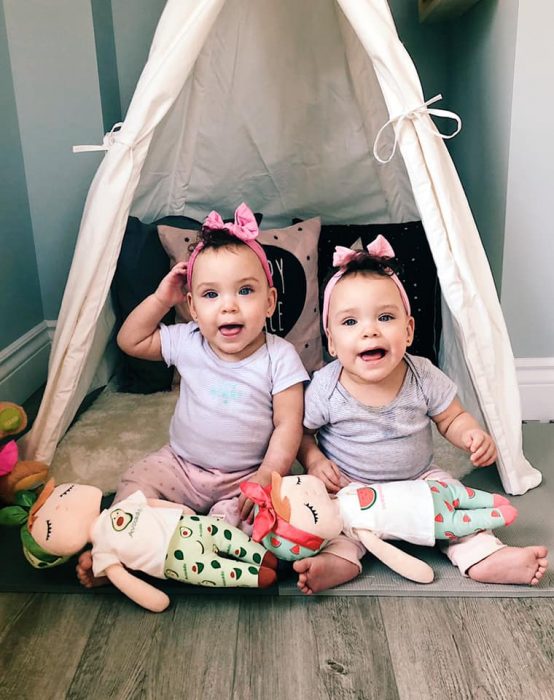 Despite the fact that babies born as early as 21 weeks can survive, abortion is still legal up until birth in the United States for any reason because of Roe v. Wade‘s companion Supreme Court ruling, Doe v. Bolton. Babies like Luna and Ema are actively killed through abortion, left to die after failed abortions, or allowed to die after their premature births because abortion advocates consider them to be non-persons and fail to see the value in their lives.