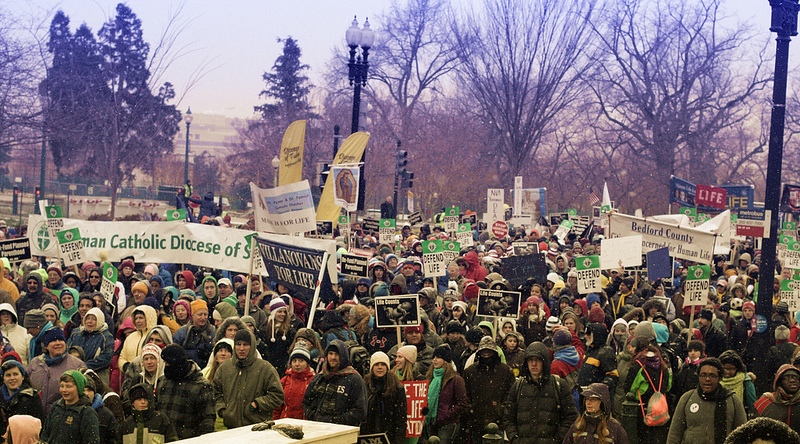 Getting the message out, even if some refuse to hear.

This weekend was the annual March for Life in Washington, D.C. Hundreds of thousands of pro-lifers gathered to protest the 40th anniversary of the Roe v. Wade ruling and fight for life. This year’s march saw record-breaking attendance, with well over 500,000 people marching. Some estimates run as high as 650,000.

To one pro-abort, though? Eh, no big deal. The march was an epic failure. He understated the number of people present, possibly by up to a quarter of a million, and claimed that the March was “terrible.” Here’s the reasoning, which makes absolutely no sense at all.

Two different causes were promoted at the rally. First, the cause for the rally is “abortion should not be legal.” That is a statement of legality. The Supreme Court has repeatedly upheld Roe v. Wade, so abortion is legal. The Supreme Court is famous for not caring about protests and instead choosing to weigh issues as objectively as possible according to the laws of our country, and 400,000 teenagers won’t change that.

Second, “women should not have access to abortion.” That is the cause you should be mad about, because women getting abortions is not a lifestyle like gay marriage or gun ownership are a lifestyle – an ongoing commitment to a certain way of life. Women who seek abortions are not “anti-life.” The choice to have an abortion does not reflect a lifestyle; it reflects a lack of options for women and children in America.

So, if something is already legal, there’s no more room to protest? Yes, pro-lifers are aware that abortion is legal. That’s why we’re protesting. It’s called the First Amendment, buddy. Americans are allowed to peacefully assemble and protest in the hopes of convincing their government to change a law. Or is the First Amendment stupid now, too?

And the author obviously believes that the March for Life is the only way pro-lifers are trying to end abortion, which is comical, considering that the past two years have seen the greatest number of anti-abortion laws ever passed. That, of course, is thanks to pro-life politicians. What do you know? We’re getting things done besides just protesting! It’s thanks to the pro-life movement that more young people than ever before are pro-life, that crisis pregnancy centers are flourishing, and that restrictions on abortion are being passed. The March for Life is important, but it’s just a small fraction of what we do. Don’t underestimate us.

As far as women not having access to abortion, yes, that’s exactly what we’re hoping for. Why? Because murdering an unborn child is not acceptable. And while pro-aborts just love to peddle this lie about women having no other choices in America, it’s absolutely untrue. There’s adoption, which abortion advocates never, ever bring up. They act as if the idea of adoption instead of abortion is insane, because there couldn’t possibly be enough families to adopt these children. In the real world, though, there are very long waiting lists to adopt a child in the United States. It’s not an easy process. There are thousands, if not millions, of people who would jump at the chance to adopt if more mothers would just choose life instead of death. There’s also been a influx of crisis pregnancy centers – which actually now outnumber abortion clinics – which can and will help women who choose to keep their babies.

It’s not that women don’t have options. It’s that the abortion industry eagerly hides them from women in order to keep their gruesome cash cow producing. 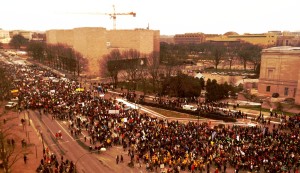