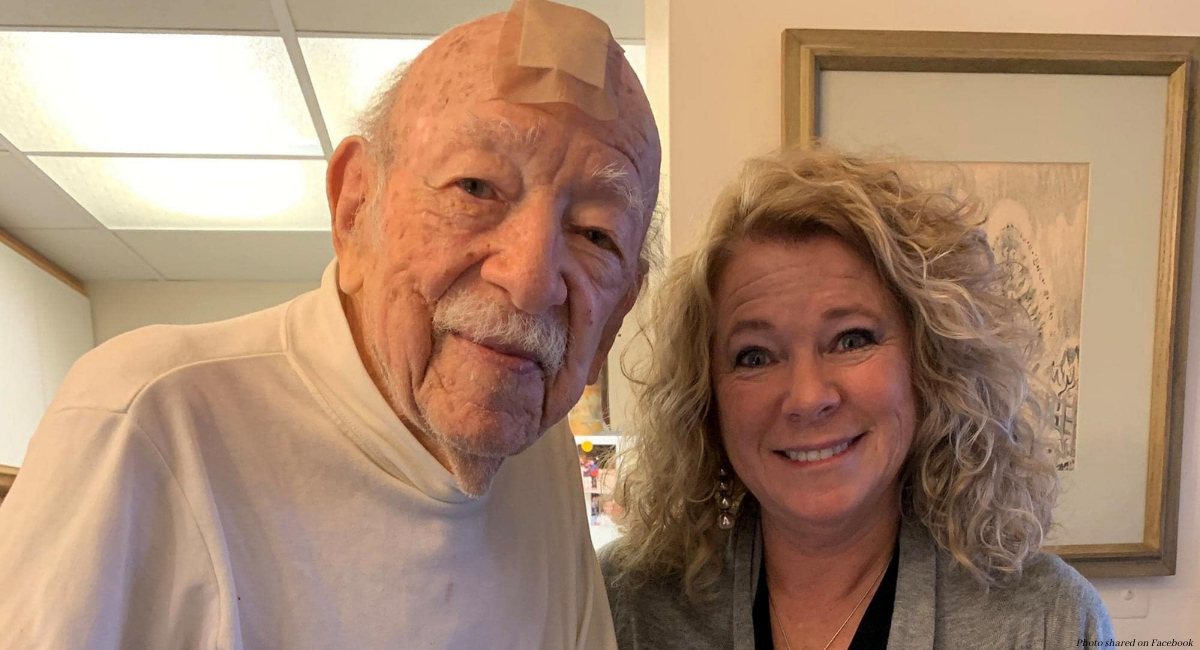 Jaime Hall took an at-home DNA test when she learned about the fertility troubles her parents experienced early in their marriage, which had led them to seek out a fertility specialist. She knew she was the product of artificial insemination, but she soon discovered something else: according to the test results, her biological father was her parents’ fertility doctor.

“The name ‘Peven’ appeared. I very quickly made the association he’s on my birth certificate and I remembered him being my mother’s OB/GYN, so I looked at my husband and I said, ‘I don’t think my donor is who my mom thought it was,’” Hall said, according to Click On Detroit.

As it turns out, Dr. Philip Peven threw away the sperm sample provided him by the Halls, substituting his own. When Hall eventually visited the now 104-year-old Peven and confronted him about the incident, he told her it was to ensure the viability of the sample.

And, as in other cases, she wasn’t alone. There were five other half-siblings whom she knew. “All of us were born in the same hospital, all of our birth certificates show Dr Peven as our OB/GYN, not our father,” Hall told the Daily Mail. Peven admitted to doing the same with hundreds of other women as well.

Sadly, Hall’s story is not unique. As Live Action News has reported, Dr. Paul Brennan Jones was accused of secretly fathering at least nine children after using his own sperm, rather than the anonymous donors women thought they were getting – an all-too-common theme. Another former fertility doctor, Gary Vandenberg, was similarly exposed through commercial DNA testing. In one case, a doctor used a stranger’s sperm rather than the husband’s, and this discovery resulted in “a trauma that I never could have imagined,” according to the victim.

Internationally, the pattern remains consistent. In The Netherlands, gynecologist Dr. Jos Beek fathered at least 21 children to parents struggling with infertility in the 1970s and 1980s, unbeknownst to them, and destroyed the records before his death. An investigation in the United Kingdom revealed that thousands of people were conceived using sperm donors from people other than those whom they were told – including one clinic director’s husband who may have fathered up to 1,000 babies, all unbeknownst to the mothers.

Shockingly, this kind of fraud is not illegal in many states. Only in the past three years have certain states begun passing laws against “fertility fraud” – Indiana, Florida, Texas, Arizona, California, Colorado, Arkansas, New York, and Utah. Seven other states having introduced recent legislation, according to the New York Times.