In 2016, Danco’s director of marketing and public affairs, Abigail Long, told Forbes, “I think the power of [abortion] stigma cannot be underscored enough in terms of the impact it has had on being able to access abortion care.” Forbes identified additional reasons for prescriber hesitancy on the abortion pill, including local abortion restrictions, a rise in malpractice insurance, and friend or family opposition to abortion. “It’s easy to say that the REMS is a big part of it, but I don’t think it’s the only piece,” Long added.

Currently, under the abortion pill’s safety requirement (REMS), put in place by the Food and Drug Administration (FDA), women can only obtain the abortion pill with an in-person visit to a certified prescriber of the drug. To become certified, prescribers must have the ability to accurately assess the duration of a pregnancy and diagnose an ectopic pregnancy. The REMS safety regulations require providers to sign the manufacturer’s prescribers agreement and they must stock the drug, since it currently cannot be dispensed in a pharmacy.

Shortly thereafter, a number of unregulated and often clandestine virtual abortion pill dispensaries have popped up around the country to cash in. 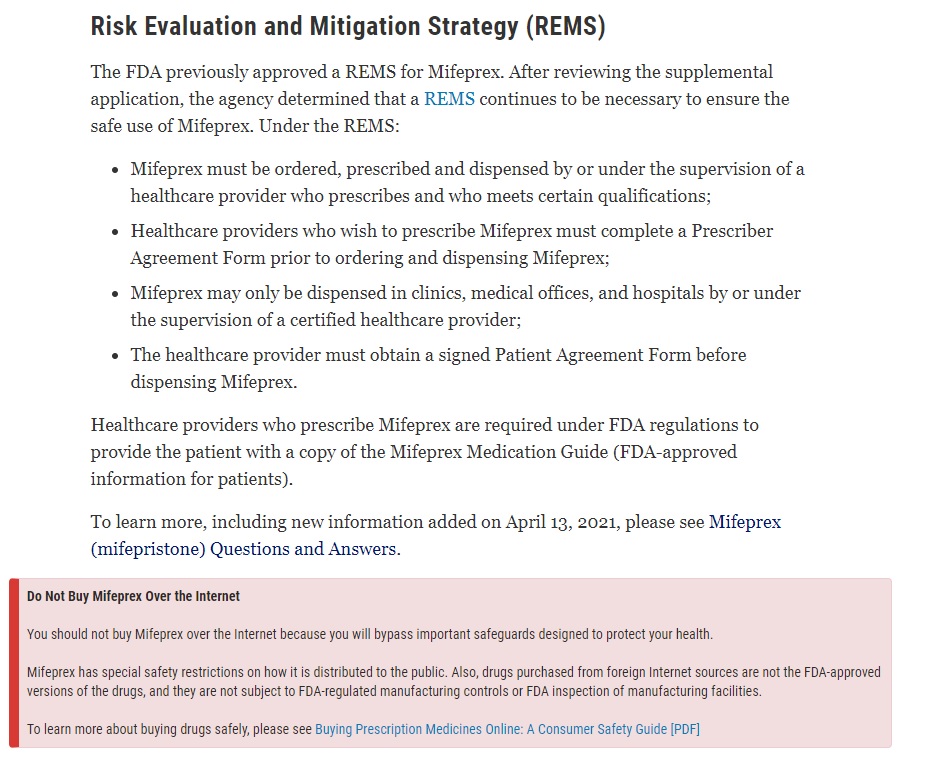 Physicians hesitant about abortion pill from the start

Early on, abortion advocates identified additional obstacles. One was that physicians did not want to sign the prescriber agreement for fear that the list, which was maintained by Danco Laboratories, would eventually become public.

In 2019, Vox.com spoke to Dr. Karen Meckstroth, who acknowledged that a big deterrent for many doctors in dispensing the abortion pill was that, “People are afraid they’re on a list.” Meckstroth is the director of Women’s Options Center at UCSF, which commits abortion up to the 23rd week of pregnancy. It is one of the sites for a pharmacy-dispensed abortion pill clinical trial.

Secondly, many doctors were unwilling to stock the abortion pill even if willing to prescribe it. The Washington Post wrote  in 2001:

At one time, the most ambitious argument for RU-486 was that it would move abortion away from clinics (and clinic protesters) and into the offices of more private OB-GYNs and family practitioners. But there have been signs all along that this is not likely: In a survey conducted by the Kaiser Family Foundation, doctors tended to be less willing to administer RU-486 the more they knew about it.

Their concerns weren’t so much medical as procedural… doctors who offer it also must be able to provide a surgical abortion or be affiliated with a doctor who can. And they must purchase the drug up front.

In 2016, Forbes reiterated the concern, writing, “The thought was that doctors — mainly obstetrician/gynecologists and family practitioners — who didn’t perform surgical abortions… would add medication abortions with Mifeprex… to the services they offered.”

But they did not. According to Long, Danco representatives regularly encounter physicians who say they simply send their patients to Planned Parenthood. The ACOG’s Green Journal, in a cross-sectional 2016-17 survey from a national sample of ACOG Fellows, found:

The survey also found that requirements to stock the abortion pill, the provider agreement, and moral and religious objections to abortion contribute to providers’ opposition to offering the abortion pill. 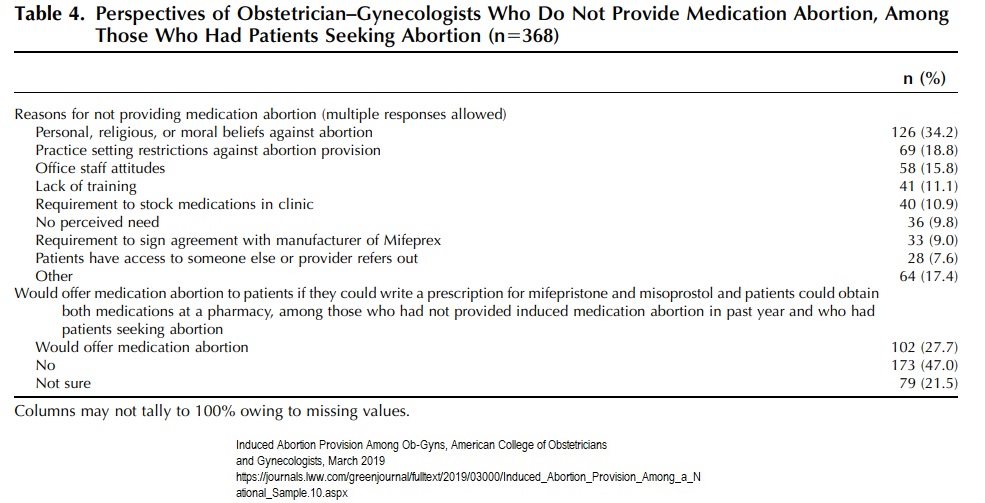 Pharmacy trials of the abortion pill

Dr. Daniel Grossman’s pharmacy study protocol states that “the dispensing requirement [under REMS] represents a barrier to access” and limits “the number of providers of medication abortion….” Grossman is a vocal proponent of expanding abortion and is an abortionist with multiple conflicts of interest surrounding abortion pill studies. He is senior adviser at Ibis Reproductive Health, an organization that, as recently as 2020, was directly funded by Danco.

“In light of a declining number of abortion providers in the US… pharmacy dispensing could also help increase [emphasis added] the number of clinicians willing and able to provide medication abortion by enabling them to avoid the associated costs and logistical challenges of stocking and dispensing the medication at their facilities,” Grossman wrote.

Grossman’s in-person pharmacy trials (part one and part two) and mail order trial are both sponsored by the University of California, San Francisco (UCSF), a training ground for abortionists. The “study sites” are hardly representative of average pharmacies. Three of the five sites are University of California (UC)-connected while the others are heavily tied to abortion.

It is no secret that original investors  in Danco (the Packard and Buffett Foundations) have invested in the UC system. In past years, Buffett gave $78 million to UC — and according to the New York Times, is the primary financier of the Bixby Center’s Ryan Residency Program at UCSF, where Grossman works.

“Uptake of medication abortion provision among private physicians has been less than expected,” Grossman wrote in his study protocol. “One reason… may relate to the… REMS program.”

Grossman wrote in Ms. Magazine, “In 2019, we published a survey of obstetrician-gynecologists… to see how many provided abortion care and why or why not. One reason ob-gyns did not offer medication abortion is that they do not want to stock the abortion pill in their clinics.”

In 2016-2017, we performed a survey with a representative sample of Fellows of the American College of Obstetricians and Gynecologists… 1,284 currently practicing Fellows responded… Only 23%… reported performing an abortion in the prior year; 10% provided surgical and medication abortion, 9% surgical only, and 4% medication only.

Our findings suggest that the proportion of obstetrician-gynecologists providing medication would at least double (from 14% to 29%) if the dispensing restriction in the REMS were removed….

The Guttmacher Institute, Planned Parenthood’s former research arm and “special affiliate,” has somewhat contradicted Grossman’s hypothesis: “While lifting the REMS may decrease logistical barriers to offering medication abortion, the prevailing stigma surrounding abortion could continue to discourage many providers from doing so.”

Guttmacher also suggested that outrage from Americans opposed to abortion could “prevent some pharmacies from stocking and offering mifepristone.”