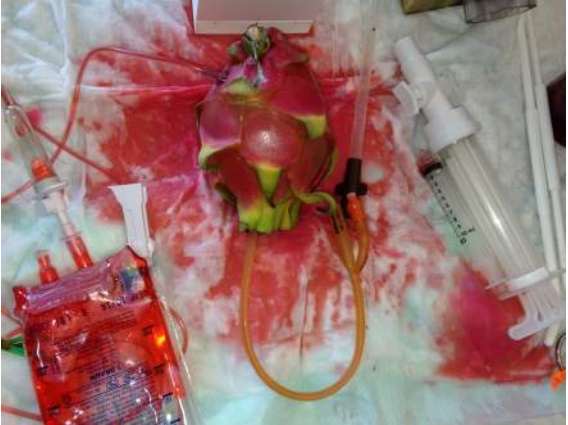 A program at the University of California San Francisco (UCSF) trains students to commit abortion using various fruits like papayas and watermelons to allegedly simulate the procedure. Live Action News previously documented how abortion advocates attempted to drum up interest in providing abortions by simulating a first trimester surgical abortion during a public event, using a watermelon. A series on abortion training published previously by Live Action News introduced readers to Innovating Education, a UCSF abortion training program by the  Bixby Center for Global Reproductive Health. which also includes a “Papaya Workshop,” which uses Papayas to simulate abortion. It is designed to “engagingly teach[] manual vacuum aspiration, IUD placement, and other gynecologic skills, using papayas as uterine models.” 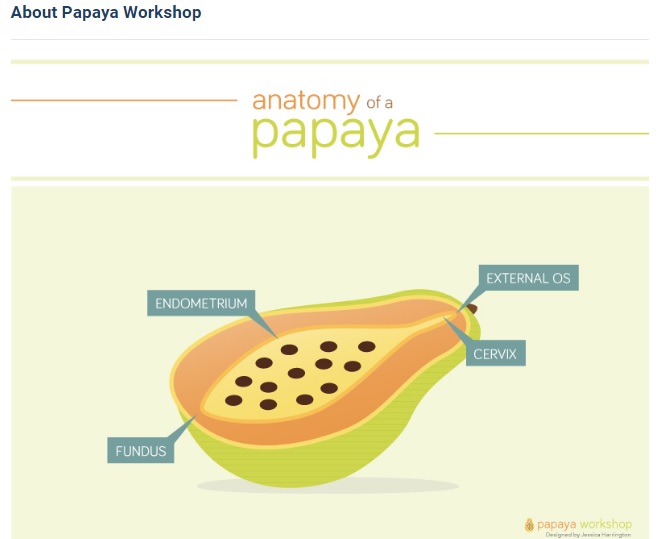 Ending the life of a child in the womb is no joking matter; yet, the website claims the Papaya Workshop, “uses a fun and inexpensive model to innovatively teach intrauterine procedures to health students or clinicians….” 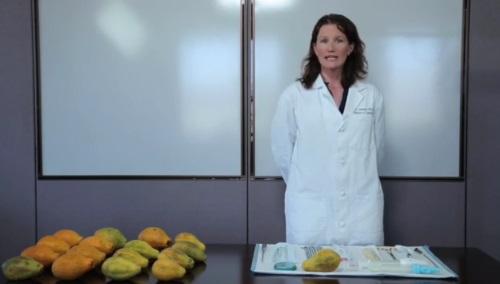 But a UCSF workshop document indicates there are limitations to using the fruit to teach abortions, because (as should be obvious) “the papaya is not a perfectly realistic model of a uterus. The fruit model, while sharing many characteristics of a uterus, does not mimic some anatomical features such as the tone of the cervical os or the attachments to the uterus. This may limit teaching of anatomy and cervical dilation, for example.”

A separate UCSF document reminds instructors to emphasize that, “[p]apaya is a fruit, not a muscle/organ,” and “is not connected to anything,” such as: 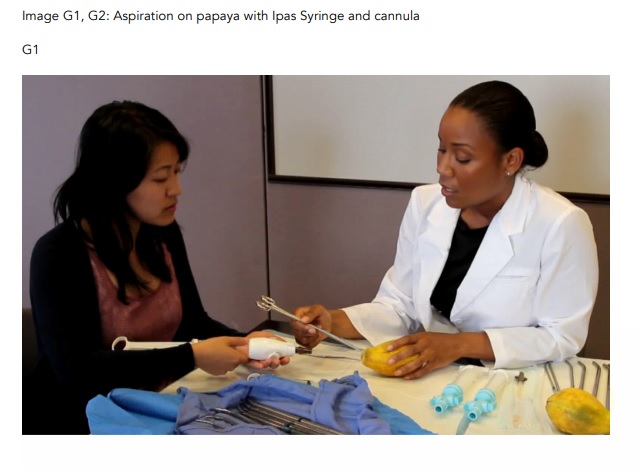 Despite this, the simulation is gaining traction in various places including New York City, where abortionist Zoey Thill  described to a Vice reporter why the papaya is a desired simulator: “The narrow part of the papaya, where the stem would be, is like the cervix, she said. The broader portion of the papaya is like the upper area of the uterus known as the fundus—and it’s that part we would want to avoid puncturing with our tools when, in just a few minutes, we would practice performing an aspiration abortion on our own papayas.”

When the papaya was fully “dilated,” she placed a plastic tube called a cannula inside and attached it to a manual vacuum aspirator, a plastic, syringe-like device, sucking out the inner contents of the papaya: what, for our purposes, was the pregnancy. From start to finish, the procedure had taken no more than three minutes. Thill admired the seeds in the plastic tube.

The use of the fruit seemingly makes light of a procedure which takes the life of a preborn human in the womb.

Sickeningly, Thill stated to Vice after finishing the simulation, “It’s even more satisfying when it’s a real abortion.” She added, “The more I can minimize the way we think of this as a ‘dangerous’ procedure, the more people will have better abortion experiences.”

But using a piece of fruit is beyond an oversimplification of the procedure, and papayas don’t hemorrhage.

According to Vice, Thill, hoped “participants might capture some of the buoyant energy they felt while extracting seeds from fruits and use it to undo some of the seriousness and reverence we’ve placed around the procedure.” She also hoped to hold the events for “people providing underground abortions.” 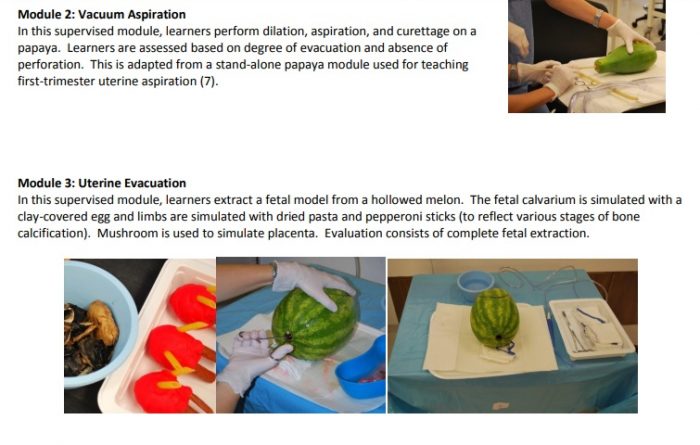 But even UCSF knows there could be complications, so they have a solution. Since papayas don’t hemorrhage, the program recommends using pitaya (dragonfruit), which is supposed to train for “management of hemorrhage” because, according to TEACH documents, ” it is inexpensive, mimics the size, shape, and grittiness of a uterus, and is often red on the inside (mimicking blood).” 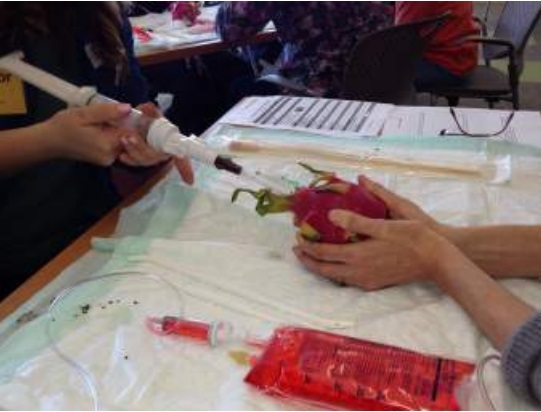 Abortion is a grisly procedure which involves either the chemical poisoning of a preborn child, the dismembering of the child limb from torso, or the injecting of a heart-stopping drug into the baby’s heart before inducing labor to deliver a dead but in-tact baby.

None of the fruit-laden simulations can prepare a student for the reality of the blood and human body parts they will come in contact with during an actual procedure. And, while abortion is intended to end the life of preborn children, complications can and have cost women their very lives.

While using watermelons and papayas might demonstrate some level of ways to commit an abortion generally, the reality is that these simulations are just an oversimplification which masks what the procedure is intended to do: kill a baby.