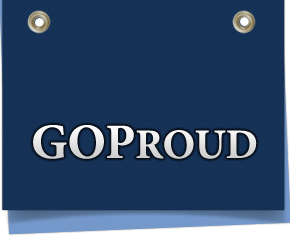 No stranger to controversy, the gay Republican group GOProud have announced that they’re going to attend this year’s March for Life. And there’s a catch:

Do you think that all pro-life people are anti-gay? Neither do we! That’s not what the media and the Left want you to believe. Help GOProud show that just because someone is pro-life doesn’t mean that they are anti-gay.

We’ll be distributing “I’m Pro-Life & Pro-Gay” stickers to March for Life marchers before the march begins. We’ll meet at the Archives Metro at 10 am.

GOProud doesn’t have a position on abortion. We want you to join us regardless of your personal beliefs on that issue!

Obviously, any gay pro-lifer should be welcome to the March and into the rest of the movement with open arms. As valid and important as biblical sexual principles and marriage’s traditional meaning are, those need not translate to demeaning or ostracizing gay individuals. I’m all for showing “that just because someone is pro-life doesn’t mean that they are anti-gay.”

What I’m not for, however, is being played. Unlike genuinely pro-life organizations like the Pro-Life Alliance of Gays and Lesbians, GOProud’s statement makes clear that they’re not interested in spreading the March’s message or persuading gay Americans to support the right to life; they’re attending for self-promotion.

This isn’t the first sign that GOProud is a bad fit with the pro-life movement. Though they did oppose taxpayer funding of abortion, they’re indifferent on the rest of the issue. GOProud President Chris Barron spent two months working for Planned Parenthood, an experience he says that he hated and which apparently partially led to him abandoning support for Roe v. Wade, but “beyond that [I] don’t have strong feelings on abortion.”

Worse, in 2010, they attacked pro-lifers and marriage defenders alike, calling on the Republican Party to ignore social issues and their advocates:

This election was not a mandate for the Republican Party, nor was it a mandate to act on any social issue, nor should it be interpreted as a political blank check […] We urge you to stay focused on the issues that got you and your colleagues elected and to resist the urge to run down any social issue rabbit holes in order to appease the special interests.

So GOProud wants us to shut up and surrender, thinks protecting the unborn doesn’t matter, and belittles us as a mere “special interest” group (which I’d love to see a definition for that somehow encompasses pro-life groups Americans United for Life, Live Action, and Personhood USA but not GOProud itself), yet pro-life events are supposed to extend their hospitality to GOProud at the drop of a hat?

Considering the record, it would be entirely appropriate for March for Life organizers to conclude that GOProud doesn’t share the pro-life movement’s goals and doesn’t have our best interests at heart, and therefore that their participation need not be welcomed. Pro-lifers should be willing to make common cause with those who differ on plenty of other issues…but only if they’re genuinely willing to make common cause with us.