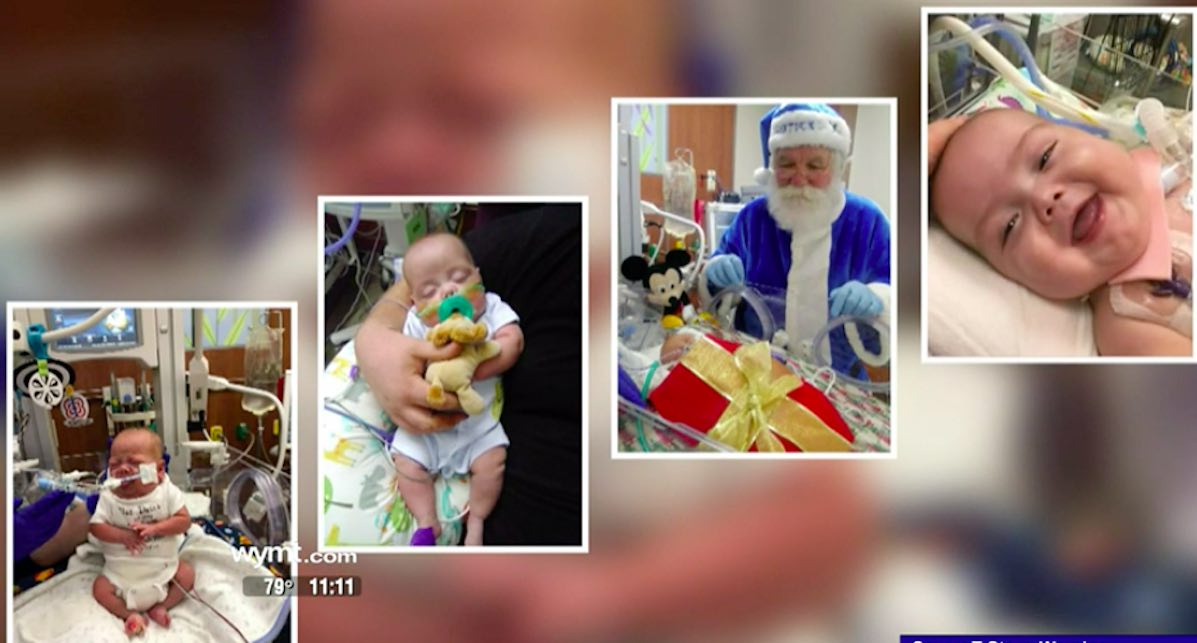 When Katelynn Hope Asher learned she was expecting in May 2018, she didn’t anticipate any complications. She told WYMT, “After healthy pregnancies you just kind of think that [bad things are] not going to happen to you. It’s just like one of those things you just can’t describe it until you’re living it.”

However, at 10 weeks into her pregnancy with son Legend, Asher experienced severe bleeding and doctors discovered she had a partial molar pregnancy and would like miscarry within weeks. Asher said, “I was honestly kinda waiting for that because I didn’t want all the what if’s….”

When Asher and her fiancé Randy met with doctors again, they were surprised to discover a baby with a strong heartbeat. They later learned that Asher had experienced a complete molar pregnancy with a viable twin. This means that one of the babies did not form in the womb, but the other formed and continued to develop. Doctors warned that the viable baby may not live to birth or could die shortly after birth and the pregnancy continued to pose risks to Asher’s health. They urged her to end her baby’s life in abortion.

Asher explained, “They really told me that, you know, ‘it’s not going to work’—like I’m either going to lose my own life or we’re going to lose him in the process. And after I had him it was just like they couldn’t believe it either.” She added, “I kinda felt alone at that point too because [my fiancé] was more, you know, siding with my health and the doctors—and that’s natural—and my family was too. So I kinda felt it was like me being, like, ‘let’s do this,’ but then I was kinda scared also.”

At 15 weeks pregnant, Asher was admitted to the University of Kentucky Medical Center for the remainder of the pregnancy. Her goal was to reach 23 weeks with her son, the point at which he would be considered viable and receive care. The baby, Legend Denver Asher, was born on October 26, 2018, weighing one pound, seven ounces. Explaining his name, his mother said, “I just really felt he was a legend because… that just doesn’t happen everyday to people.”

Since birth, Legend has continued to face challenges, spending a total of 620 days in the hospital. He currently has a trache and a G-tube, but his mother said one day he will likely be able to have the trache removed. Reflecting on the family’s journey, Asher said, “Looking now, I’m like, ‘he’s here.’ Even with his journey, his trache. He’s by no means healed, [and] he still has a long way to go, but he’s here. We’re both here, and that was the goal.”

Like Legend, other babies have successfully left the hospital after facing seemingly insurmountable odds. Because his mother gave him a chance at life, Legend likely has a full life ahead of him.