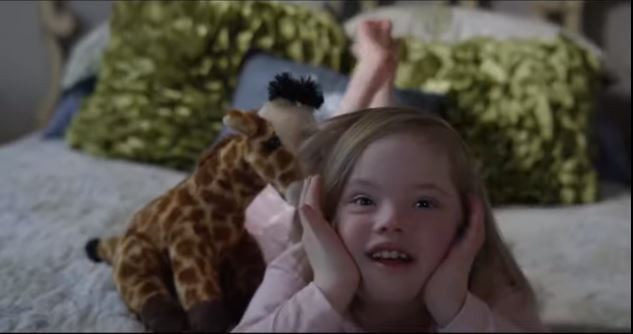 Troy Griffith works full-time as a mortgage broker… but he’s also a lover of country music. When he combined that passion with his love for his daughter, he ended up with the opportunity to touch a lot of hearts and minds. He recorded the song “Ten by Twelve” which was written about his daughter who has Down syndrome, and the music video has racked up thousands of views.

The song, written by Germaine Brunet, describes the struggles a young girl with special needs experiences, including five weeks spent in the NICU fighting to survive. “I wanted to share my love for Lilly with the world and showcase what families with special needs go through every day,” Griffith told 11 Alive.

Griffith originally recorded the song at a small studio, but after gaining attention, it was produced for free at Blackbird Studio in Nashville, which is owned by country superstar Martina McBride. “Ten by Twelve” tells Lilly’s story, and the title is in reference to the rooms she’s moved through in her life.

“It just kind of came about because a room is ten by twelve [feet],” Griffith told Forsyth County News. “The first part they’re talking about the nursery and the room 10 by 12. Then she got bullied by kids at school, so she’s in her room, 10 by 12. Then the hospital room, 10 by 12.”

As the song has grown in popularity, Griffith’s goals have grown, too. “It’s a tearjerker, but in a good way, I think. It’s country, which is tearjerker stuff, but I think the song has a good meaning,” he said, adding, “I just wanted the song to be a tribute for not only those with Down syndrome. It talks about cancer kids, autism, it’s just a whole special-needs type song.” For now, Griffith said he plans to use the song to raise money for local special needs organizations.

READ: Mom of baby girl with Down syndrome: ‘It’s better than I imagined’

Many parents who receive a prenatal diagnosis of Down syndrome choose to undergo an abortion, wrongly believing that people with Down syndrome are “suffering,” or that as parents they can’t handle raising a child with a disability. However, people with Down syndrome — and their families — overwhelmingly report being happy. Parents tend to divorce less frequently and have high levels of personal fulfillment. Siblings likewise report similarly positive experiences. Yet negative stereotypes surrounding Down syndrome persist, leading to the continuation of eugenic abortions. Griffith’s song may be a step in the right direction, showing people how wonderful life is with an extra chromosome.