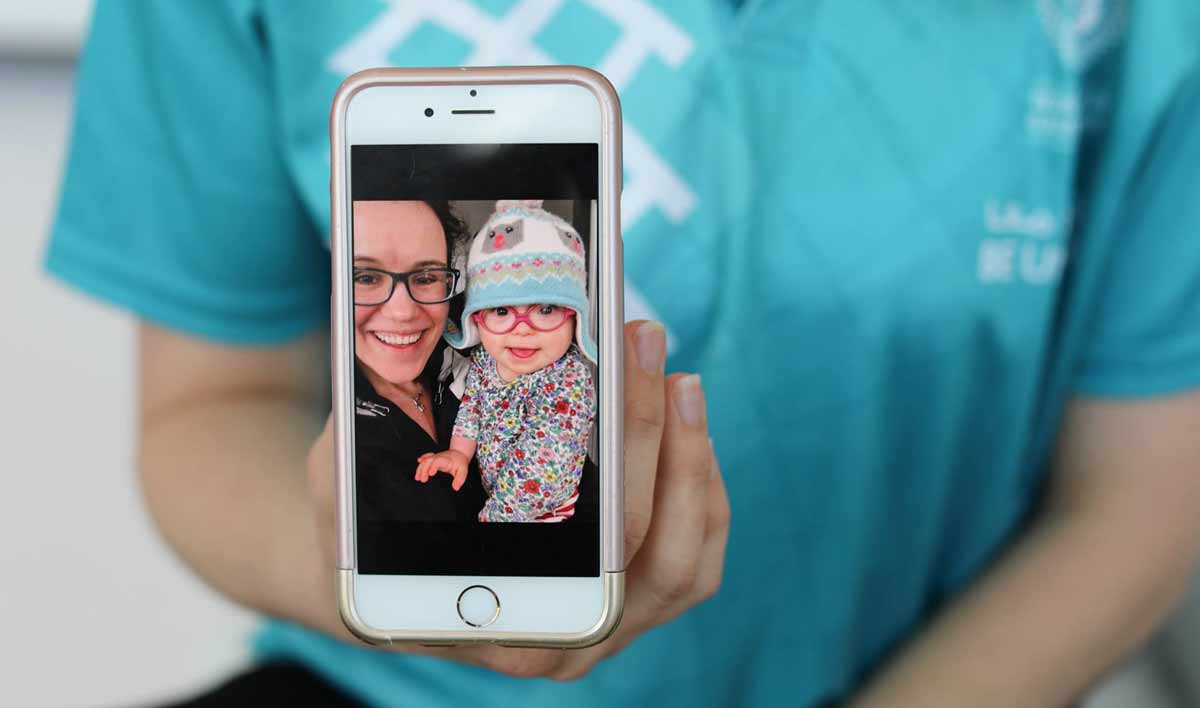 Humans of New York visited the Special Olympics World Games in Abu Dhabi, United Arab Emirates, this month and spoke with the mother of a young girl with Down syndrome. She and her husband learned their daughter had markers for Down syndrome at ten weeks gestation through a blood test. Though they knew that life was going to be different for them and they spent time grieving, they knew that they were all going to be okay.

“My husband is a bit of a jock, so I kept sending him videos of Down syndrome athletes,” she told Humans of New York. “I wanted him to get excited about the possibilities. We drove to the beach one weekend shortly after the diagnosis, and the entire ride we talked about the future. We talked about how much our daughter is going to be like any other child. And how we can still be a family. We can still go to Disney World. We can still have adventures.”

That evening, as they sat on the beach, a young girl with Down syndrome wearing a Minnie Mouse bathing suit approached them.

“She didn’t say a word,” explained the mother. “She just stood there – smiling at us.”

The mother explained how during her pregnancy there was an 80 percent chance of miscarriage and she spent the entire time wondering if her baby girl was okay. Every two weeks when she visited the doctor to check for a heartbeat, she was relieved to know her daughter was still alive. But then at 22 weeks, the placenta began to fail and she was hospitalized until she reached 30 weeks when the baby was born via emergency C-section. There was a high chance the baby girl would be stillborn, but despite all of their fears and concerns, she was born alive.

“They wheeled my entire bed into the NICU to meet my daughter,” she explained. “She’d had oxygen deprivation. Her heart was halfway beating.”

Since her birth, the family has spent countless hours at the hospital, with therapists, and dealing with the insurance company. The baby girl has undergone five surgeries, including two on her heart. Her mother is always fighting to get her the care she needs.

The mother is seen in a photo on the Humans of New York Facebook page crying as she recalls how difficult it can be to be around mothers of typical children.

“We live in a different world,” she said. “My kid doesn’t babble. Doesn’t eat food. Doesn’t crawl. […] it’s so hard to hear them complain that their kids follow them around and eat everything. My daughter has a feeding tube and doesn’t move.”

Despite all the challenges, her baby girl is nothing but joy. She says that being pregnant with a child with Down syndrome is difficult because of all the unknowns.

“But you know what?” she said. “It’s better than the unknown. It’s better than I imagined it was going to be. Because I’m a parent now. And when you’re imagining all these things, it’s so hard to picture the love. She’s such a happy baby. She gets so proud of herself when she accomplishes something. She never wakes up crying. The one thing that comes easy to her in life is love and happiness.”

While she says it’s difficult to know her daughter is behind typical children her age, it is also “easy to feel jealous” of other babies with Down syndrome because “there are so many differing abilities.”

“Some kids are already walking by now. Then there are the people with Down syndrome who are revered. Some have testified before Congress. Some are models and gymnasts, and mothers. And that represents hope for a lot of people. But that’s not the reality for a lot of people. And that hope can be devastating,” she explained. “[…] But I’m optimistic by nature. And the only thing I truly need is that she’ll have people who love her.”

No matter what this little girl does in her life and with her life, she is loved and she is valued by her family. She doesn’t have to accomplish a single “typical” thing to deserve the love and respect of society. She is worthy of it all because she is human, just like the rest of us.