Woe to those who call evil good. 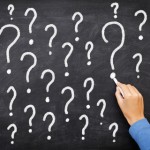 There’s something disturbing about abortionists, and the activists who support them, pretending that Jesus would be totally cool with abortion. You can kill babies all day long and still be a Christian, like, for sure!

That’s the latest claim from one abortion supporter, Reverend Matthew Westfox, the associate minister at All Souls Bethlehem Church. He’s insisting not only that you can be an abortion worker and still be a Christian, but that you’d also be serving God as you rip the little babies from their mothers’ wombs! Hallelujah!

Many times in my ministry, a conversation with abortion clinic staffers that began with talking about the spiritual needs of patients ends on a far more personal note. We talk about the spirituality they find in their work, the religious questions they have about abortion and their role in it, or simply their sadness over feeling that their work means they cannot join a faith community if they want to.

One doctor started his career as a minister, and sees his work in the clinic today as a way of serving God’s people, but he rarely talks about it in those terms. A nurse I spoke to says a prayer for her safety and that of her coworkers every day before leaving for work. An office manager told a colleague of mine that she braces herself every time she checks the mail, wondering how many hate letters she’ll come across, and wants a sacred community to turn to for support. One clinic counselor said she misses the rituals and music of her faith community, and often thinks about trying to find a church, but worries about being judged or shunned when small talk leads to questions about where she works.

… But when so often the only image we have of abortion providers is painted by those who seek to demonize them, and to use faith to do so, understanding the role that spirituality and faith play in the lives of some of those who do this work is deeply important. Particularly when so many feel their work means they will not find welcome in the houses of worship.

The spirituality they find in their work? A way of serving God’s people? Come on now. Let’s get real. As Kristen pointed out, every Christian deep down knows the truth about abortion and Christianity. This is delusion at its finest. You cannot be a Christian and be an abortionist, or advocate for abortion, or work to further abortion. 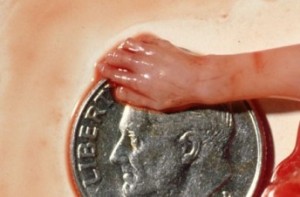 Partial remains of terminated human fetus after abortion at 10 weeks after fertilization.

It’s also somewhat sickening to hear abortionists speaking about how there is “spirituality” in their work, or that they’re serving God’s people. While I have no doubt that God is present at every abortion, He’s not there on behalf of the abortionist tearing the babies into pieces limb by limb, snuffing out their tiny lives. It’s sickening to hear abortionists using spirituality to whitewash their bloody work. What god is someone serving that he sees spirituality in this?

Now, as Christians, should we accept abortion workers into our parishes and churches? Yes, we should. Shunning them won’t change their hearts. Pushing them away won’t bring them to the light. Working in the abortion industry does not mean that there is no hope for that person. Let’s be honest: we’re all sinners in some form or fashion. God’s mercy can save us from those sins, even when it comes to those who work in abortion. And those people can’t find God’s love and forgiveness – and learn to change their ways – if we make them feel unwelcome and shun them from our congregations.

An abortion worker can’t be a true Christian – not while he’s advocating and furthering abortion. But that doesn’t mean he never can be. It’s never too late for someone to do some real reflection and introspection, and to see and accept the truth. Until that day comes, Isaiah 5:20 will be applicable to their claims.