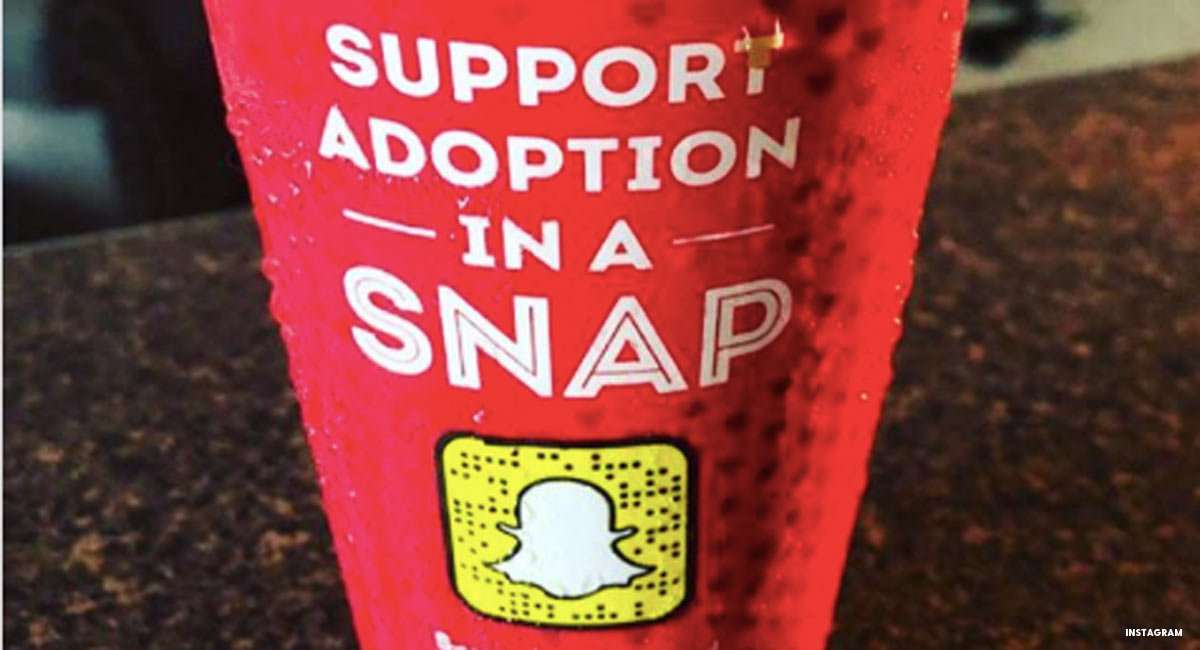 Planned Parenthood frequently purports to be about “choice,” but only if the choice involves abortion. Although in 2018, just .03% of their services included adoption referrals (and even this must be questioned, as the corporation’s idea of “adoption referrals” is highly suspect), the abortion giant is frequently the recipient of lavish media and corporate support, while truly pro-life efforts like adoption get overlooked. Fast-food chain Wendy’s and its partner, the Dave Thomas Foundation for Adoption, has at its heart the interests of the children who are frequently trotted out as “reasons to abort” — those who are in foster care waiting to be adopted. According to a previous Live Action News article, “There are about 400,000 children in the U.S. foster care system. Just over 100,000 of them are eligible to be adopted, according to AdoptUSKids, and will likely be adopted by their foster parents. The majority of children in the foster care system are waiting to be reunited with their birth families, who are taking steps to get their children back.”

The Dave Thomas Foundation has its origins in being an advocacy group. Through their program, Wendy’s Wonderful Kids, they help the more difficult-to-place children — those who are older, have special needs, or are part of a sibling group — find loving homes using evidenced-based, child-focused methods. The Foundation is now seeking to go nationwide, and has partnered with Snapchat through the Cause Cup program. Starting in May, the Cause Cups at participating Wendy’s will have a Snapcode that, when scanned, will donate $5 to the Dave Thomas Foundation for Adoption — for a total of up to $500,000. The donations will help bring the program to all 50 states and DC by 2028.

In an interview with Columbus Monthly, Wendy’s CEO Rita Soronen said the effectiveness of the program is based on one-on-one, full-time, expert case workers who know well the child they’re seeking to place. “At the core is knowing that child,” she said. Caseworkers in most programs must balance several cases at a time, and many lack time and resources to devote to just one child at a time. “When you give a caseworker time to really work a case, you will find an adoptive family for these children.” She also emphasized the importance of impartial evaluation of their methods to ensure they are serving children’s needs as best they can. “If we don’t know at an evidence level that it works, then we’re doing no better than business as usual.”

As an adoptee himself, Wendy’s founder Dave Thomas always held the cause of adoption close to his heart. He credited his summers in Maine with his grandmother as teaching him the value of hard work and perseverance, and his time eating in local restaurants with his father after his adoptive mother died that made him value restaurants as a place of sharing and family closeness.

These core values led Dave Thomas to found one of the most successful fast food chains in the US, and through his success in business, spurred him on to philanthropic advocacy. He made several trips to the White House to raise awareness about adoption and to advocate for adoption benefits for federal employees and others. In 1990, Dave was invited to the White House again to be a spokesman for a national adoption awareness campaign. But Dave wanted to do more, and in 1992 he founded the Dave Thomas Foundation for Adoption, which has been called the “biggest game in adoption today,” and receives high ratings on Charity Navigator.

While celebrities are loudly screaming their support for Planned Parenthood and abortion, organizations like the Dave Thomas Foundation for Adoption are quietly doing the hard work of helping vulnerable children, women, and families in need. Perhaps celebrities should take note and spend less energy telling women they must have abortion to be successful, and spend more time and effort doing the work of supporting women and children whose mothers chose life.