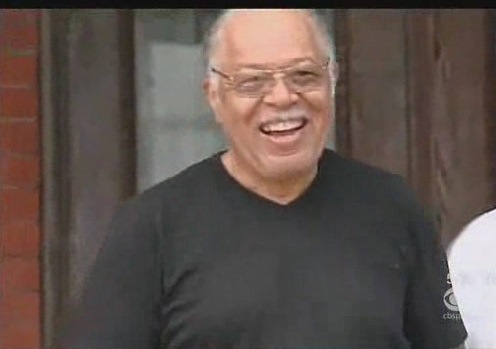 It’s past time for people to know what was going on at 3801 Lancaster.

Have you heard of Kermit Gosnell? Unless you’ve been reading Live Action News (or other pro-life websites), you might not have heard his story, since news networks aren’t covering it.

His clinic (the “House of Horrors”) was not inspected for 17 years prior to it being investigated by the FBI after a complaint. What they found was bone-chilling:

They found that Gosnell had been delivering viable third-trimester babies, and then killing them by severing their brains from their spinal cords using scissors. He hired unlicensed people and had them assist with his grisly practice. The horrors go on and on, as you can see in the short film below.

It seems that news outlets are constantly reporting on murders and shootings. Shouldn’t they be going ga-ga over this? But no, they haven’t been paying any attention to this story. Why? Probably because Gosnell’s an abortionist.

Many people are trying to make this a political case, showing how pro-lifers are shaming women into getting unsafe abortions. But what that claim fails to recognize is that abortions like this shouldn’t be happening in the first place. Pennsylvania didn’t see this coming, since they stopped abortion clinic inspections for political reasons. They’ve kept this in the dark for too long.

Since the media is not choosing to pay attention to this, pro-lifers are going to make sure people hear about it anyway. Tomorrow, a “Tweetfest” has been organized where people are going to be tweeting and posting on Facebook all day about this trial. Will you join us? The Facebook event already has over 1,100 people committed who have already started to post about it.

Who is Kermit #Gosnell? Check out this info-graphic: http://bit.ly/gosnell-numbers // #prolife #abortion @CNN @FoxNews

Watch doco on abortionist Kermit #Gosnell: 3801 Lancaster: http://youtu.be/J7YmrsY4KSY WARNING: this video will make you sick to your stomach

HOW did #Gosnell’s #abortion clinic go 17 years without being inspected? Even nail salons get checked inspected twice a year

Why, when I do searches at major media outlets, do I find more news about Kermit the Frog than Kermit #Gosnell

You can share this picture too (by the Pennsylvania Family Institute).

It’s time to end the silence on Gosnell’s case. Join the tweetfest, and let’s tell the media together to stop ignoring this case. If the same thing had been happening to baby puppies, you can bet it would be front-page news. Help us spread this story far and wide, and ask people: is the abortion practice really safe anymore?