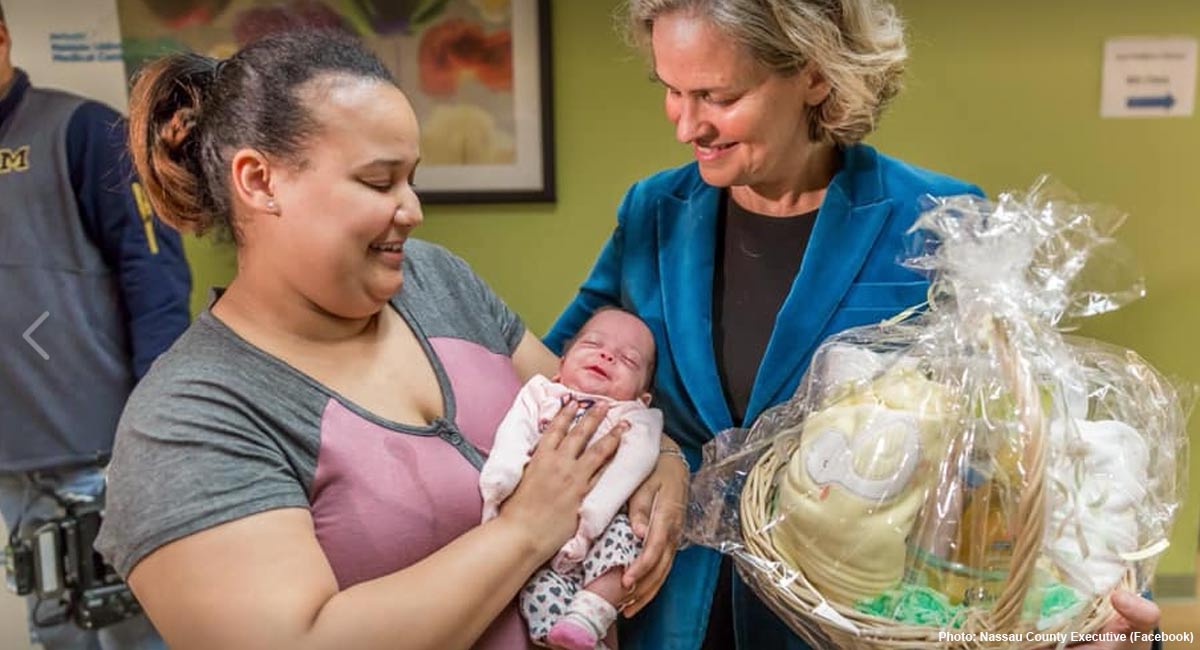 Born weighing just one pound, four ounces, at Nassau University Medical Center on Long Island, Hannah Bella Rodriguez has made leaps and gains since her birth 13 weeks early in July of 2018. According to ABC News, “Hannah’s mother, Jennifer Pena de Mena, was hospitalized in June due to pregnancy complications, and doctors decided to deliver Hannah the next month after her heart rate began to decline.” Hannah was reportedly “the smallest baby ever to be born at the hospital and was about the size of an average adult hand at the time.” The Daily Mail writes that Hannah was born at 25 weeks.

People adds that at 22 weeks pregnant, Jennifer learned that Hannah had “stopped growing.” Doctors put her on bedrest for a month before she was delivered premature on July 11th. “Hannah was born at 26 weeks, but was the size of a 22-week-old,” reports the magazine. “Doctors said Hannah clearly had strength beyond her size when she was born.” In addition, her lungs were “so strong that she amazingly did not need a respirator to breathe.” Everyone was relieved when Hannah came out screaming.

When Hannah had made enough progress and weight gain to go home — making it to five pounds, five ounces — the hospital put on a special ceremony for her discharge. And doctors there say it was Hannah’s mother who deserves most of the credit. “Every day she learned how to take care of this baby,” said neonatologist Dr. Harriet Boxer. “She was involved, she touched her, after her initial shock at how small she was. It increases the rate of survival.”

Her mother said upon her discharge, “I never lost my faith. She was always going to be my beautiful baby, and I love her. I am in love with her.”

As Live Action News previously noted, with increasing medical knowledge and care, premature babies are surviving at even earlier ages:

Statistics show that premature babies are surviving earlier and earlier, with advances in medical treatment. At St. Luke’s hospital in Kansas City, Missouri, babies born before 24 weeks have a 50 percent survival rate instead of the usual six percent.

Thanks to medical advances, as well as the love and care of parents, premature babies like Hannah have ever-increasing chances of not just surviving, but thriving.