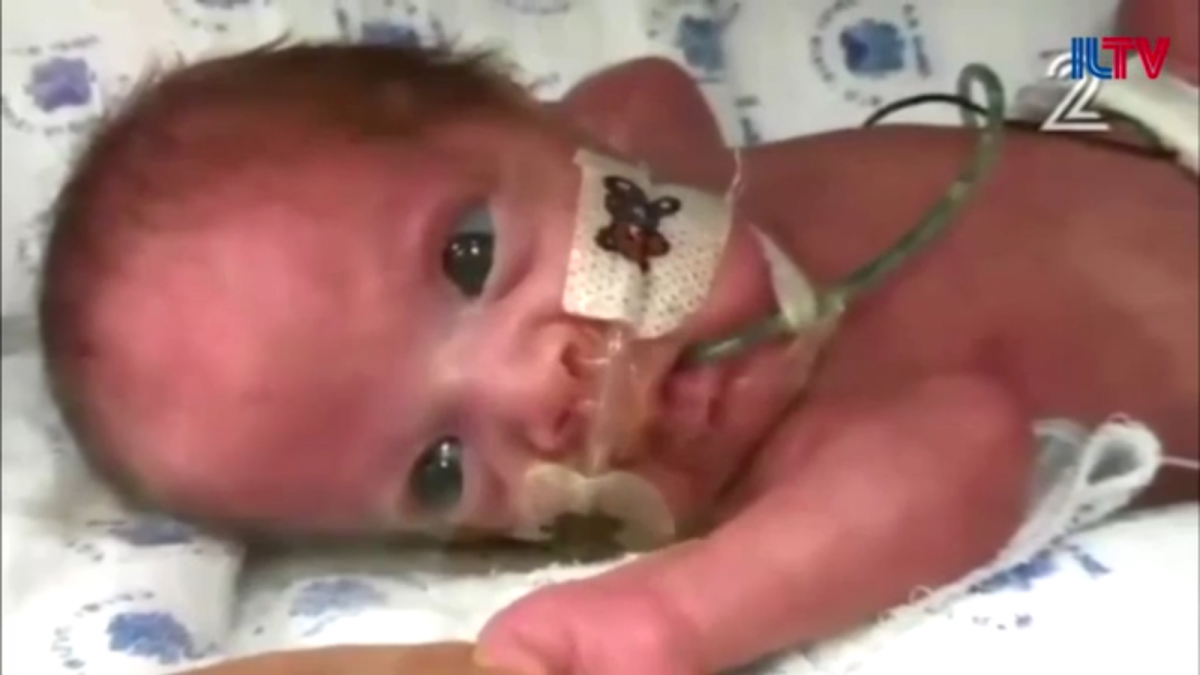 The youngest premature baby to ever survive in Israel was released from Tel Aviv’s Ichilov Hospital at the end of last month. Baby boy Aharon was born at just 22 weeks gestation, two weeks earlier than the standard age of viability at 24 weeks. He weighed just 670 grams and a medical miscalculation may be what ended up saving his life.

“The doctors here were honest; they came and told me straight to my face. They told me that he had a 20 percent chance of survival. And even if he was one of the 20 percent and did survive, there was a 90 percent chance he would have disabilities,” Aharon’s father Eli Haba told Channel 2 news.

Doctors think that his life was saved because they thought Aharon was actually about a week older than he was. Since 24 weeks is considered the age of viability, doctors at the Tel Aviv hospital have a policy to not intensively treat babies born at 22 weeks or earlier. Babies that young were believed to have been simply too young to survive. Believing he was 23 weeks, however, doctors intervened with Aharon, bringing a neonatal expert to the delivery room.

“It may be that if we had not been ‘mistaken,’ thinking that he was a week older, he would not be alive today,” Aharon’s doctor Professor Dror Mandel, director of the Department of Neonatology in Ichilov’s Sourasky Medical Center told Channel 2. “In medicine you also need luck sometimes, just like everything in life.”

Born in April, Aharon spent nearly five months in the hospital before being released in good health at the end of August. His health and development will be carefully monitored as he grows.