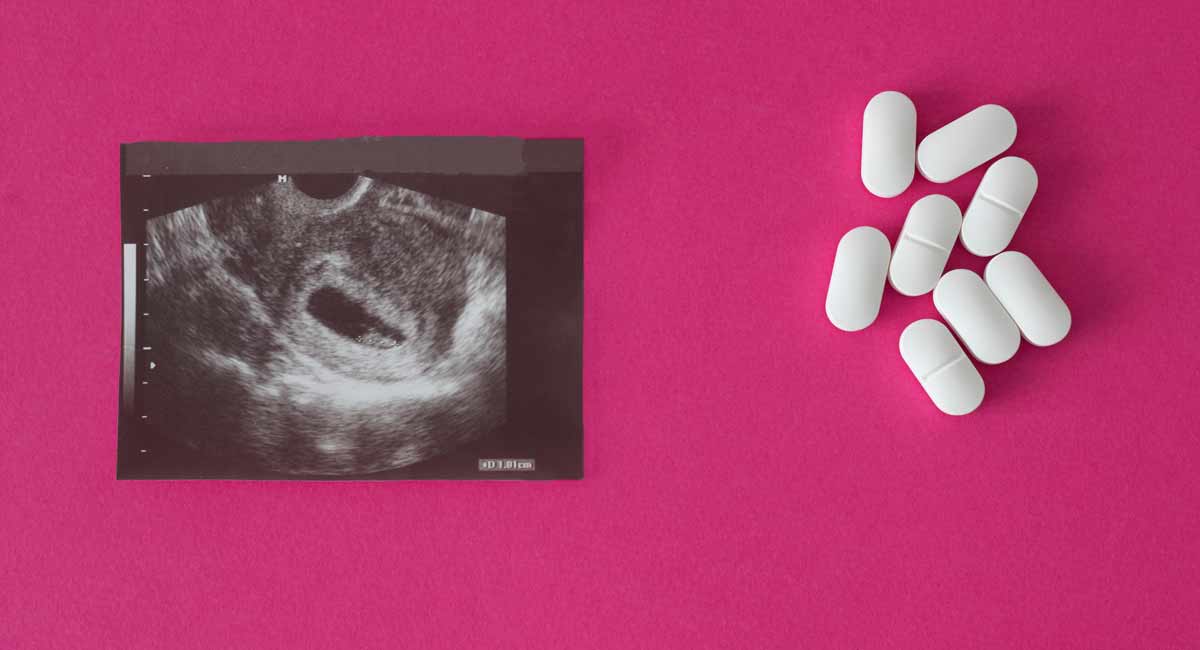 Live Action News has uncovered a document which indicates that the Population Council, a non-profit founded by eugenicists (which brought the abortion pill to the U.S. and then created manufacturer DANCO Laboratories to market the drug known as mifepristone) was originally set up to receive royalties from sales of the abortion pill.

The information was found within the organization’s 1998 990 and is seen in the image below. A review of Population Council annual reports reveal that, despite the group’s creation of an abortion pill company, millions of taxpayer dollars have been funneled to the Population Council since the late 1990’s. 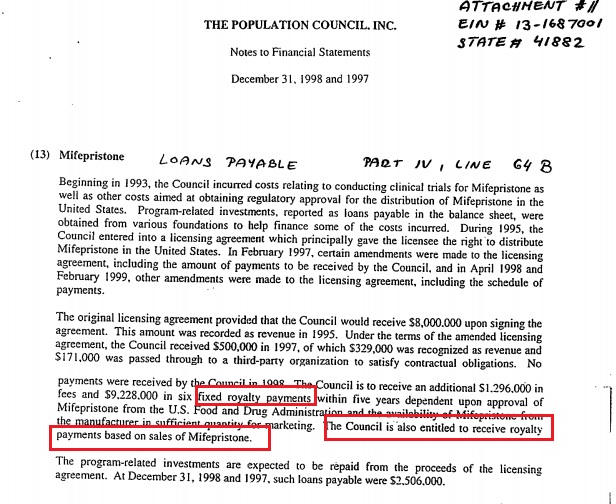 A substantial amount of the Population Council’s current and past funding appears to be from the U.S. government as well as royalty revenue. Royalty revenue was rarely defined in all the reports Live Action News reviewed (linked below) so it is impossible to know if the Population Council is still receiving royalty dollars from the abortion pill. “Royalty” could mean multiple things and could even include payments made for investments — or as one Population Council document describes it, “gifts of oil, gas, and mineral interests.'” However, it could also be as another Population Control document defines it: “generated from the licensing of Council-developed products,” such as the royalty deal they brokered over mifepristone, detailed in the 2002 990 (image below). 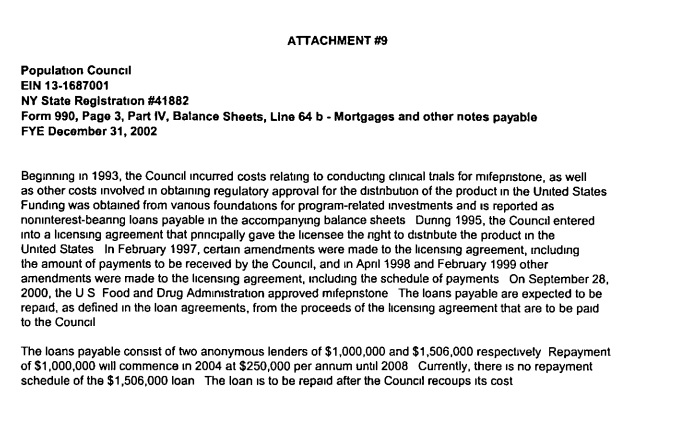 While it is unclear whether the Population Council continues to profit from the abortion pill via a royalty payment, it is undeniable that U.S. taxpayers are subsidizing their work. A review of the organization’s annual reports reveal the following:

In addition to the United States taxpayers, the Population Council is funded by the same billionaire pro-abortion philanthropists who seeded abortion pill manufacturer DANCO Laboratories, namely the Buffett Foundation (Warren Buffett) and the Packard Foundation — and others:

Live Action News has previously documented that due to abortion politics, DANCO Laboratories has been cloaked in secrecy, a fact confirmed in several media reports on DANCO’s early days.

Today, the abortion pill accounts for 40 percent of reported abortions in the United states. According to the FDA, “The estimated number of women who have used mifepristone in the U.S. for the medical termination of pregnancy through the end of December 2018 is approximately 3.7 million women…” But, apparently that is not enough because, as Live Action News has documented multiple times, the abortion industry is pushing for the abortion pill to be moved out of clinics and hospitals into schools and over pharmacy counters, as so-called self-managed abortions.

Meanwhile, in 2018, the FDA updated its adverse effects reports on just legally dispensed abortion pills, revealing 24 deaths of women associated with the abortion pill since its approval. The report documents that abortion pills have caused nearly 4,200 reported adverse effects, including 1,042 hospitalizations, nearly 600 instances of blood loss requiring transfusions and other serious complications. But, as Live Action News previously noted, under 2016 changes, abortion pill manufacturer DANCO no longer has to report non-fatal adverse effects, so we have no way of knowing what the number really is.